This is not "real" wasabi root, like used in Japanese cuisine. That root can take two years to grow. This is Japanese Wasabi Radish.

The promise was that this green radish would have much of the heat of that legendary product (though the legendary culinary paste is often actually made with horse radish). 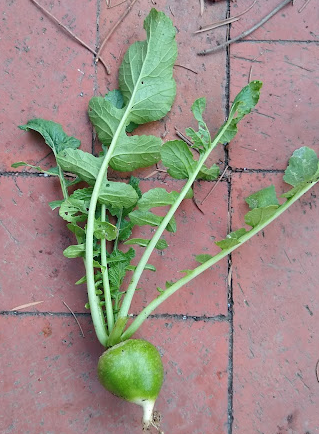