@BlackjackWidow wrote:I have had limited success using mentholated foot powder sprinkled around the edges of beds, too. You have to reapply after every rain, but it does seem to make the groundhogs, chipmunks, and squirrels less thrilled about exploring.

Not sure why I find that so funny since it sounds like a great idea!
Thanks.
CC

That's because it IS funny - I giggle every time I do it. Take THAT, chipmunk!! 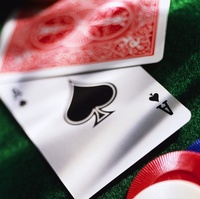 @jimmy cee wrote:Chipmunks in my previous yard were extremely destructive. They tore into wife's flower pots, garden baskets and ithroughout my garden beds. They also devour bird feeders with sunflower seeds.  The havahart trap is about the best way to go. only you need to smaller one. They can get out of the slots in the small animal trap.
I also baited them in and shot them with a pellet gun.
My wife adored them until they were seen in your deck baskets tearing out the petunia plants just looking for something they smelled. If the smell anything appealing, they dig, and dig they will.
When I trapped them I just lowered trap in a bucket of water, when done I just reset the trap
Take out a family and another family moves in from another brood.
They are nothing but rats with stripes.

I don't know if we had any chipmunk problems yet, but they are very common at the house my family moved to, on February 24, 2018. I'm honestly more worried about the deer mouse/white-footed mouse, when fall comes! Those are definite candidates to bait them in and shoot them with a pellet gun, in addition to a standard snap-trap! If a bunch of people do that, then we could really lower the risk of American-hantavirus strains (the strains that usually cause pulmonary edema and death) (The American-continent-exclusive version was once, back in the mid-1990s, known as "Navajo flu".)

(hantavirus strains that come from Asia and Europe, don't cause the pulmonary edema that the north-American and south-American exclusive versions are notorious for, thus, you won't find them in northeast rats, according to the CDC)
(There's also so far, no evidence of a Sin-Nombre-like hantavirus strain in eastern chipmunks.)

I dread the deer mouse/white-footed mouse, for their notoriety of getting into vehicle HVAC systems! (And the living quarters, unlike a chipmunk!)

Since 1993, Vermont has has two cases of Hanta in humans.

@No_Such_Reality wrote:Since 1993, Vermont has has two cases of Hanta in humans.

Well, we're lucky that our virus case numbers are nowhere near the virus case numbers of New Mexico, Colorado and far-eastern-California, but I was alarmed by a new case that suddenly occurred in the first year of the 2000s (century) and then a second case in 2014, even though both were in northern-Vermont, IIRC. The first one, occurred in the NEK.