Need to MOVE my garden

Need to MOVE my garden

Well, we had a (very, very) unexpected blessing and received a new wheelchair van. That is the wonderful news.

The bad news: Since it hails here in the midwest in the summer I'd like to be able to get the van into the garage. Problem is, I put my beautiful garden on the driveway (our old van was too tall to fit in the garage) and now I have to MOVE the garden in order to get the new van into the garage and out of harm's way.

Here's my dilema: The climbing frame part is not attached to my beds and NOW I have squash x 4 and vine tomatoes and green beans climbing up the netting.

My thought was to find a very coordinated football team to move both beds and the frame all at one time as a unit. Ha. Now, any other ideas besides sacrificing either my van or my plant babies? 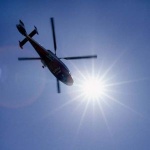 @claudiamedic wrote:Now, any other ideas besides sacrificing either my van or my plant babies?

Congratulations on your new van!

I know it would be an expense - but what about buying/making a portable carport for the van instead of moving the garden?

How far and over what kind of terrain are you going to have to move it. My first guess would be to slide a thin sheet of wood (like paneling) under the garden bed. With a few feet of wood past the bed you could flex it up enough to get on some pipes or even some small logs and roll it out of the way.

Good excuse to get a garage in a box that can then double as as green house.

Congrats on you new van. I might have a way for you
to cover it and not move your garden until the end of the season. I know
from past posts that you are on a fixed budget. By looking at your
picture it looks like you have a wood strip running the length of the
side of your house at the roof line. You could have one of your helpers
put hooks on it and get a heavy duty tarp. I can't see if there are any
trees that you can tie it to but well anchored tent poles will work.
Just make sure it has a good pitch to it so the water/hail can run off
it.

GOOD LUCK WITH YOUR VAN

Kay, your idea wins the prize, I think. I'll have to figure out logistics (like where the ramp from the van can deploy to get myself inside, but the shelter looks like the least expensive and lowest-effort solution I've seen!

I knew you guys were wise!

Chris, another great idea! I'll see about that. No trees on that side, but maybe we could rig something.

Our van was a gift to my son's special-needs trust and it is a life-changer for me and my son. Want to safeguard it!

Beautiful van and so necessary, I can see your desire to protect it!

You garden is beautiful also! Great ideas everyone!

Caludia, ever considered in getting someone with a decent 4x4 and a tow hook with some two inch wide belting etc. to very gently drag the bed to the side onto the grass at the right of the picture ?

Thin tin plate or a thin galvanised steel sheet would be better .. perhaps try your local freecycle site and explain what you want & why you need to move the bed .

You never know someone like me or the local Rotary guys or a senior school / collecge etc might just have a big sheet thin metal and the mind to help you move your sfg ..... out of the goodness of their hearts.

Maybe even the local scout troupe would consider helping you as part of their community service projects and to get the lads and lasses thinking and working together.

Can't see how far from the beds the garage is, but would it be possible to drive on the grass and go around the beds. I know it would ruin the grass on that side, but that area might be a good spot to move the beds to later.

Thank you all for such wonderful suggestions!

What did you end up doing? (I just found out that my garden is possibly where the landlord is putting the new parking area/s

How it turned out...

We ended up buying a portable tent-like structure for the van. I think we spent about $100. The next weekend after we put it up we had a horrible thunderstorm that took the whole thing down. I was so relieved that it (miraculously) did not damage the van (not a scratch, truly a miracle since the whole thing was collapsed and the metal frame bent and was on top of the van)! Still, it was a hundred bucks down the tubes. Oh, well. I now have a ton of metal tubing and a big white tarp to work with on some other project (not sure what).

We just left the van and the garden where they were and I took my chances with the van. After I was done harvesting for the summer we had some folks over and moved the garden beds to a more convenient place in the driveway. Turns out it was all for naught, because our garage floor is so cracked and uneven from shifting that we can't get the van in (insufficient clearance with the door!). So, the van is permanently outside, which was disappointing for me, but it's OK.

Moral of the story, move your table-top/container garden when it is not growing up the trellis!

Claudia, it is great to see you on the forum

Hi! No, I've not got anything planted yet except for the strawberries that overwintered. I am weaker and my balance is even worse (ALS is progressive, and as ALS goes mine is SLOW-progressing) so I won't be able to do as much as I did last year. I'm really bummed, but there are still some plans in the works. My rain barrels are filling as I type, so even if it gets dry again this year, I'm better prepared. I have two compost barrels (55-gallon drums) with about 1/3 of each ready to use as compost. Now I just have to find someone to retrieve the black gold (and put the rest of the stuff back into the barrels). Our local farmer's market starts the first weekend in May and I plan to buy my seedlings there, so I just have to wait for a nice day to get the beds ready. I'm eager to see everyone else's goodies!