October Avatar: Fall Gardening!! (click this)
Welcome to the Official SFG Forum
!!! Happy Gardening in 2021 !!!
Search
Latest topics
» I want to start over
by Roseinarosecity Today at 12:46 am

» CANADIAN REGION:What are you doing July to December 2021
by Kelejan Yesterday at 6:15 pm

» Birds of the Garden
by Kelejan Yesterday at 6:10 pm

Yes, I encountered this black widow spider this morning on a garden brick I had just moved a few seconds earlier. It's been years since I've seen one - my dad did well to catch the one or two he encountered when I was little and show them to us so we would be familiar...I was also told recently that there are brown recluses in the midwest! I thought those beasties only liked to kick it down south! Yikes! And I thought the ticks I've been seeing were bad news! Give me a tick any day! 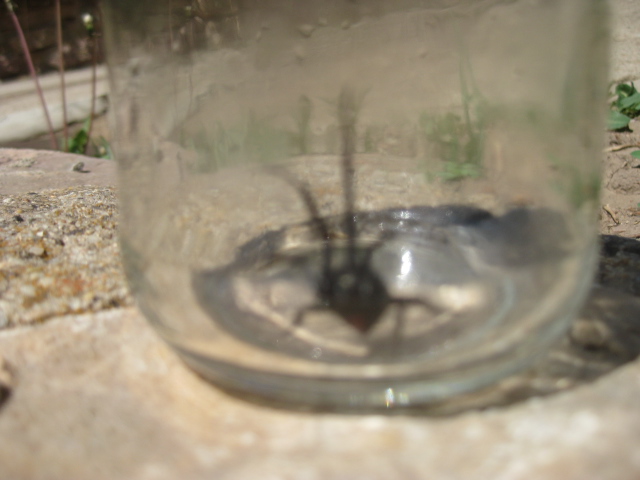 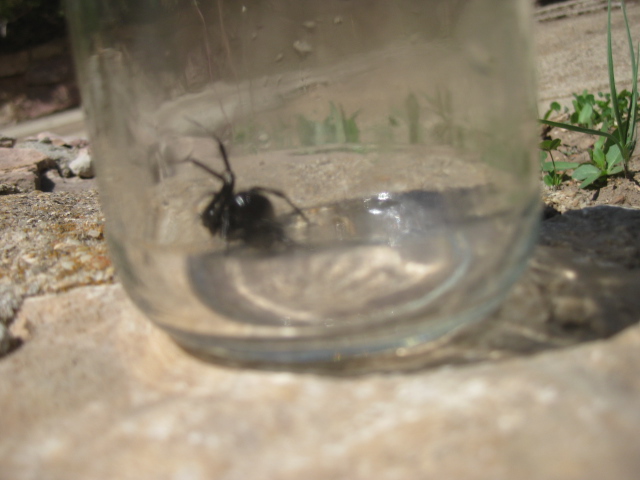 That's one spider I definitely don't care to find in my garden...same as the brown recluse. I *believe* someone told me the brown recluse might have originated in the South, but with shipping things from one end of the world to another, insects, spiders, and other beasties are becoming almost as well-traveled as humans. Sadly, there are often not any predatory controls in the new locations...like with the English house sparrow in the US, or rabbits in Australia.

They are intimidating. I run across a couple a year around the yard. A healthy adult will suffer a while but most likely survive. My fear is my curious son who will be 4 Sunday. He sticks his hands in every dark hole he can find. Spiders freak me out. I'll take snakes every day over spiders.

the dog in your avatar -

I will be sure to wear gloves and my understanding is that if I leave them alone they will do me the same courtesy.

@Gilly21 : Too bad you can't keep gloves on your son whenever he's outside!

I think, considering the rattlers in these parts, I'd take a spider over a snake! Course aren't there copperheads out in NC? At least you sometimes have a distinct warning with a rattlesnake.

That's the "flying" Rockdog...snoozin'. He loves loves loves the hammock. Fortunately he doesn't have too much of a curious nose and I don't think I have to worry about him w/ regard to other black widows that may be around. We encountered an adult rattlesnake once camping and I told him to stay away while we killed it (yes, I choose our lives over the snake's - it was coiled right where we usually put our tent and was beyond angry!) and, while not a coward, he kept a distance of a good 20 feet. He knew better and was not the least bit curious!

Fortunutly have not run across any 8 legged nasties in the garden just a couple of small garner snakes who like to hide under the weed cloth. And the one that was in my living room watching tv with the cat laying behind it pawing it tail god I wish I coulda got a pic of that

@Gilly21 : Too bad you can't keep gloves on your son whenever he's outside!

I think, considering the rattlers in these parts, I'd take a spider over a snake! Course aren't there copperheads out in NC? At least you sometimes have a distinct warning with a rattlesnake.

Yes, we have copper heads, rattlers, and when we travel to the coast cotton mouths/moccasins. I'll take the snakes over spiders any day. I wish I could keep his hands covered all the time as often as I find him with his hands in his mouth.

if you grow melons of any kind... always roll it over with gloves on.. they hide under them.. no kidding.