I'm sorry the plant bit the dust this season. There's always next year.

I went out and did some hand-pollinating with a toothpick a couple days ago. It seems to have helped: 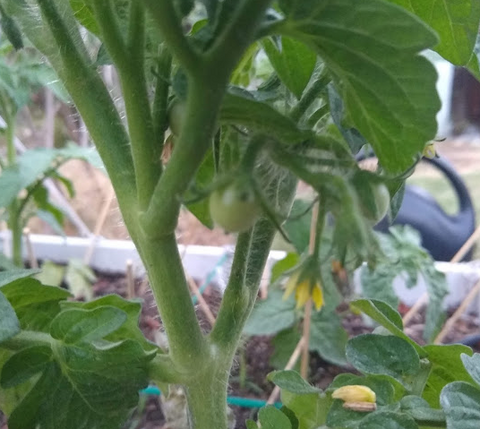 Now I have an Equate electric toothbrush to try, whenever things cool off.

One by one, I've learned the hard way that these plants need staking. Although they're stout and short (just like teapots), their roots are fairly shallow. When the tomatoes get bigger, the weight is too much. 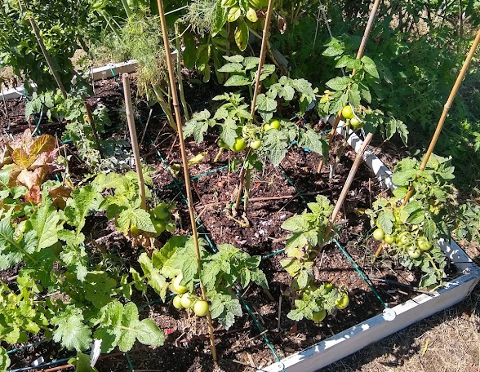 I see lots of babies! It looks like you pruned the lower stems or there would be more.

The only branches pruned were dead or dying. Some brown wilt attacks all the tomatoes I try to grow. The indeterminates escape by growing more and more branches. Not sure how the snows will do. I did a bit of hand pollination to encourage more fruit setting. Some of the larger plants still have flowers.

Four months? I was hoping for 3 months. Our weather is becoming more like that of Nova Scotia (Novia Scotia's summer, that is). But our days are becoming shorter by two minutes a day. Four months will mean mid November, and it will be dark at 5.

This smartgardener site says Snow Fairies are from Russia. It also gives a timeline for growth that ends in October. It lists them as indeterminate, which I don't think is true. It mentions blight which occurs in humid areas. We check that box. Sometimes we get Santa Ana winds in November. That should bring down the humidity temporarily.

This site, seedstrust, also says they are Russian. It also promises 55 days! Those suggested times seem to be  for plants grown under lab conditions.  55 days would have ended two weeks ago!

Some are finally turning color: 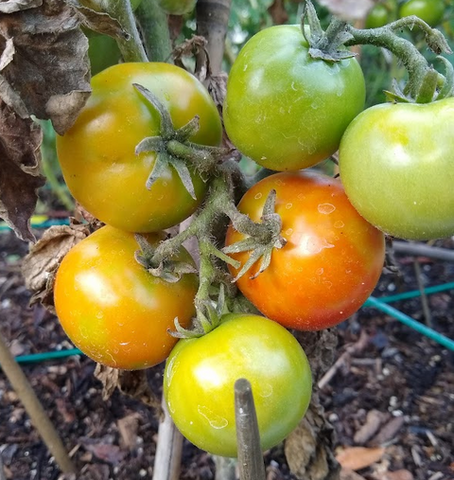 They're blushing!! I'm jealous, as right now I am pulling out 14 other tomato plants and may even pull out the SF if husband wants to elevate the SF bed off the ground this fall. Your SF should grow all winter unless you get near freezing. They are from Russia, you know.

First one "harvested". It was getting cracks so had to come down. Haven't tried it yet. 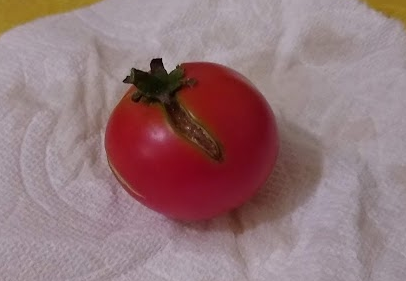