October Avatar: Fall Gardening!! (click this)
Welcome to the Official SFG Forum
!!! Happy Gardening in 2021 !!!
Search
Latest topics
» The SFG Journey-Johnson Su Bioreactor for composting, No turning
by has55 Today at 5:24 am

Cats in your garden?

I trust it fires water?

Now that would be great Boffer, where can I get that, lol! I love this forum!

I have a problem with cats too. They love my front flowerbeds especially in winter, when the roof overhang keeps the bed almost clear of snow. I am thinking of investing in a silencer since most other methods have not been working very well including the pepper.

In Defense of Garden Cats

Granted due to density of planting and fewer plants, cats are a bigger threat to the SFG. My cat, Ashton, took out a marigold and possibly a turnip yesterday while in pursuit of a butterfly; really my fault for leaving the gate open while I worked. (Ashton was 18 months old when we adopted him as a rescue. Giving him some outdoor time reduces the amount of time he spends suddenly doing laps of sprints through the house. He walks with me while I work outside and investigates the plants as I tend them.)

The really good news about Ashton is that he works to keep down the population of veggie predators: chipmunks, mice, and rabbits, that see my garden as their personal smorgasbord. (We keep an eye on him, quickly don gloves and take away his kills.) I also find that sprinkling his used litter around the garden every few weeks cuts down on some rodent raids, but not all -- had to plug a chipmunk hole that tunneled into the garden with some litter to stop that avenue of attack -- probably where many of my "missing" plantings went before we (or I should say Ashton) found the hole hidden under some turnip leaves. (Some days I feel I'm in a bad scene from "Caddyshack.")

No, Ashton is not doing in the song birds -- they seem smarter than rodents and keep out of his way when he is in the yard. We have a beautiful pair of nesting cardinals who have come back for several years, catbirds, lots of chickadees, robins, and the usual assortment of pigeons, crows, and jays. Our neighbor frets about his humming bird feeder, but we try to keep Ashton from wandering into his yard through the fence slats. My other neighbor's dog gets loose and leaves deposits on lawns, but steers clear of my yard.

Circling raptors overhead and a pair of foxes are other reasons for keeping an eye on the cat when he's outside. We once had a 3 foot high hunter's hawk land on our back porch in the winter. Fortunately, we, including Ashton, were able to view this special visitor from the safety of our kitchen.

The hawks and the foxes seem little use in managing the veggie varmints that attack my garden, so I am very glad to have a cat. As for the midnight squirrel raid on my corn, that's why I put up the corn cage this year. Ashton can't be on duty 24/7.

Midnight squirrel raid?????  You might want to think RACOONS.

I used the trimmings from pruning my Roses.  The thorns make it very uncomfortable to my pest. 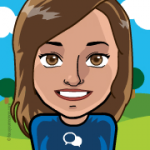 ESiberian husky owner wrote:I used the trimmings from pruning my Roses.  The thorns make it very uncomfortable to my pest.

THAT would keep ME out!

I feel fortunate that all the cats around here seem to understand the word no. They are very well mannered.  however there was one a while back, that has since moved away, that wasn't so well mannered or easily taught. I ended up placing chicken wire over the bed that she seem to favor. It didn't take long before she figured out not to go in there anymore.

I think that cats can be accommodating...if they like you.

Sweetie is good about staying out of the beds except she thinks the corn leaves or stalks hanging over are fair game. I'm her Queen so if she sees me eating something straight from the beds, she checks it out.

@siberian husky owner wrote:I used the trimmings from pruning my Roses.  The thorns make it very uncomfortable to my pest.

That would keep me out also!  Welcome to the forum siberian husky owner!

This is a first for many years.  I cleared out two beds in the last few days in anticipation of planting and found no cat poo!  It may be due to the fact that one family in a house behind me that fed ferrel cats has moved and the new family has two big dogs.  They may have broken the cats' habits of walking along their fence on their way to my garden.  This may be the turning point of not having cat poo in my beds!  I have more beds to clear out so we will see.

I was wrong about the cats.  They have since refound what they deem to be their pooping grounds.  I caught my next door neighbor's cat in a trap last week after seeing dug up beds and poop.  It is back out of jail and the other ferrel cats are still around.  I went out today and one of my broccoli seedlings I planted two days ago was dug up, moved out of the way to die and the cat pooped in the spot!  I have called animal control again and the supervisor will be calling me back this afternoon.  I was told that the people who are feeding the ferrels deny it.  I guess I will have to get pictures.  Why can't people try to be good neighbors!

I just discovered the joy of sharing my raised beds with cats.

I had a talk with one of the neighbor's cats today and told her to use her litterbox at home.  I hope she understood me.

I'm sure that cat will take your talk to heart and behave. . .

So far this season, my cats haven't molested my SFG, despite the fact that I haven't installed the usual upside-down plastic forks.

If I even see them THINKING about entering a bed, I pick them up and redirect them, explaining all the while the rationale for doing so.  You never know just how much they understand, after all....

No problems this year with feral cats, but when we found skunks were getting into the garden, I wired the spaces around the two gates with hardware cloth and that eliminated skunk access.  However, just found out that some bunnies have dug under the wire cattle fencing around the garden area.  The bandit Hassenfeffer Gang has stripped the lower leaves from stems of cabbages, and eaten all bok choy plants.  Ah, the joys of living near the forest, right?  Nonna

Yikes, sorry to hear that. My friend lost almost all his broccoli the same way; those rabbits can be terrifically destructive.