Hey y'all,
This is Alan. I just wanted to give you all a heads up of what is happening at the foundation. We are putting the finishing touches on a new easy to install and use, drip irrigation system, specifically made for SFG boxes. As many of you know, we have tried several drip systems that currently exist in the market and we found several problems, including:

1. They were not made for SFG and required significant modifications
2. They were difficult to assemble and use

After going to the stores, buying several existing systems and testing them, we came to the conclusion that we just need to make our own. So with much excitement, I announce that within the next few weeks, we will have an easy to use, easy to assemble drip system specifically made for the SFG system. By the way, if any of you have ideas for good, useful products that you would like to see in the marketplace (that could really help you), but you either have not seen out there, or the current implementation is not very good, let me know, we have several other projects in the works. Alan

I currently have a volunteer tomato plant that is nearing 8', with nearly 40 tomatoes. It's supported (so far!) by a vegetable support from Gardener's Supply.

I'd love to purchase a taller tomato tower.

Thanks for all the research on the forthcoming drip system. That's been #1 on my wish list for the past year.

Alan, Julie, from Seattle here. Attended the SFG symposium in Eden/Sept/10. What a great irrigation system and your enthusiam during your presentation was catching. I was the attendee who asked you to show the products such as the various sweat shirts, totes and apron and you brought it up on the screen. Thanks so much as many of us were able to better see what we were ordering. I'm looking forward to ordering an irrigation system for next summer. Square Footing, Julie in Seattle 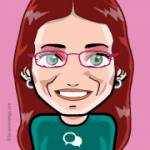