March Avatar: Spring Will Be Here Soon -- Promise! (click this)
Welcome to the Official SFG Forum
!!! Happy Gardening in 2021 !!!
Search
Latest topics
» What Have You Picked From Your Garden Today
by Scorpio Rising Today at 8:12 pm

» What are you eating from your garden today?
by Scorpio Rising Yesterday at 8:42 pm

» Are My Cukes And Zukes Done For?
by Scorpio Rising Yesterday at 12:26 pm

What should we be doing to get ready for Spring?

What should we be doing to get ready for Spring?

Howdy square footers!
Living in Houston, TX our winters are pretty mild. We did have some things in the ground during the Fall/Winter but it was our first time ever trying something that late in the year so it didn't do to well.

Last year was our first serious attempt at gardening and we started a SFG. Our old bed is still in place and we'll be topping it off with compost. I will also be setting up 2 more SFG's, a 4x4 that's 6 inches and another 4x4 that is 12 inches deep.

Now that Spring isn't to far around the corner what should we be doing to get ready? Should be be germinating seeds? We plan on doing the usual garden fare. 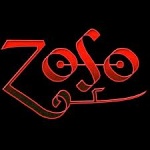 Yep, I suspect it's seed starting time for you. Good luck.

I'm in Sugar Land.  I just got (2) 4' x 4' boxes of red potatoes planted.  I did actually do the furrows (got 3 furrows/box for a total of 16 plants/box) simply because I wasn't that impressed with the yields or size of potatoes I saw on videos planting (4) seed potatoes/square foot.  I do have some potatoes still that need to be planted, so I may try 4/sq. foot with these.  I still need to get my onion sets planted tomorrow, as well as some more lettuce.

I got another 4' x 4' box built today - 12 inches deep.  Used the 8' cedar fence pickets cut in half and screwed these into 2 x 2 inch corner posts.  These boxes cost me just under $20 each, just for the frame.

I bought a leaf shredder and spent much of today shredding leaves.  LOVE IT!  This should really expedite my composting vs. waiting for the full sized leaves to breakdown.  I shredded (5) of the black garden bags full of leaves today.  The shredding compacted these down to one bag which I mixed in with my potato box soil and dumped a bunch in the composter that has been working on breaking down leaves I deposited there last fall.  With the leaf shredder, I will no longer have chunky compost:-)  I have a lot of leaves left to shred tomorrow and I need to mix up some Mel's Mix to fill the new 4' x 4' built today.  I'm really pushing to get my beds ready because it's been so darned cold, I haven't been able to do anything outside.

I still have a sandy loam bed, 18' x 10' that I need to haul some more dirt in for and get tilled.  LOTS of work to do and it's time to plant.  I'm still trying to decide if I want to dedicate a third box to potatoes or start preparing it for tomatoes.  The trees are budding out here and I have LOTS to do and not much time to get it done in.  I know we still have more cold ahead - last freeze usually comes around Easter - but I'm planting based on the Texas A&M Planting Chart and potatoes should have been in by Valentine's Day, so I'm already behind on this.  Still feels great to be outside again.  The weather has been lovely for two days not.  We do need some rain.

A quick check online led me to 2 resources for you:

The Texas A&M Agrilife Extension page with a lot of information specific for Harris county, such as a vegetable growing calendar.    http://harris.agrilife.org/hort/publications-links/veggies-herbs/

A map of the average date for your last frost, which is very specific depending upon what area around Houston you live in. I think I saw about 4 different dates all very close to Houston!
http://www.plantmaps.com/interactive-texas-last-frost-date-map.php

Normally about 6 weeks before your last average frost date, you start your seeds. This requires several resources, including seed starting mix, containers and a grow light. Without those, you may as well buy your plants from a nursery.

Yeah, I already have a 72 cell seed starter tray going. I have all kinds of heirloom tomatoes, peppers, cucumbers, and melons going.
Most have already sprouted and will be put into bigger pots in the next few days to await the final transplanting outside in March.
I will also be setting up an herb garden today. This weather is so nice I want to take advantage of it while I can. It's supposed to be in the 70's for the next week but I know that there will be another cold snap coming our way. There always is! Just when you think you're out of the woods....a blue norther comes rolling in and we get a few days of 30 degree weather followed by a week of near 80!!

If you check your local state college's extension service, they will probably have it all broken down for you very carefully, with both timing and suggested plant varieties adapted to exactly where you're at, or pretty close.

I got the 5' peach tree I purchased at the Harris County Master Gardener's Fruit Tree Sale planted today.  It already has buds on it, as do all the other trees in my yard.

got 2 yards of compost, need some more. took my trees outside, and now gotta topdress those with compost.

I planted my onions today.  Somewhere, beneath all the leaves, I found my sandy loam garden bed.  I was able to hand till the soil, as it had some moisture in it from previous light rains.  I mixed in compost, tilled it in and now my sweet onions are set in my spring garden.  I still need to get some red onions to plant this week.  I saw several earth worms as I turned the soil with my hand tiller.  I've been reading where you shouldn't till the soil with a roto tiller, but rather let the soil build gradually like a forest floor - leaving the winter leaves on top and adding in lots of compost in the spring.  The earth worms seem to like it so I just may hand till the whole sandy loam garden bed this year and leave the tiller alone so I don't disturb the beneficial eco-system that lives beneath the soil.

And DRATS, while I was shredding leaves yesterday, I looked over in my 4' x 4' potato box filled with Mel's mix and what did I see?  A STINK BUG!  I CRUSHED him with my shovel as I had an infestation of these last summer, scarring my tomatoes and peppers.  I had hoped the freezing temperatures we've had this year would kill them, along with other peaky insects.  However, my brother said, "Naw, they just burrow down for the winter."  Apparently this guy has come out in time for Spring - YUK!  I hope the "sticky strips" I bought capture tons of them when they come after my tomatoes again; just as they are turning pink.  Anybody have any ideas on how to get rid of these?  Seven dust did nothing.  I think they ate that, too.

I also have blooms on my strawberry plants that I protected from freezing over the winter.  YAY!