» Back In The Saddle I Suppose
by Scorpio Rising Today at 8:03 pm

» Home Made Compost
by OhioGardener Today at 6:38 pm

The last question I asked was about class A compost from county sources. I also mentioned that I don't have the time or material to make all the compost I need so I will put this out for some feedback.

About thirty miles from me is a, what shall I call it. A huge facility for the propogation and sale of landscaping plants. I don't know how many acres they have but it is vast. They employ hundreds of workers. Does anyone out there know much about compost that they may produce? I realize that homade compost can't be beat, but like I said, I don't have the time or materials to produce what I need by this fall. 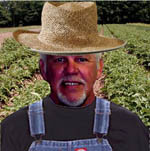 Well, Couldn't tell you anything about a facility in your state, without a name to go with it.

My suggestion is to maybe check with a farm store. Ask about getting some compost, and ask about the company in question.The locals can tell you more about the goings on in your area.

Bud I am a little surprised more folks have not answered your call for help yet. Only a little more investigation will tell you if that compost is good or not. It is not if they have put injured, dead or diseased plant trimmings in the compost pile. If only healthy prunings and surplus healthy plants go into it that would be fine if there is enough content variety to give a well rounded nutrient content. Ask where some of it goes to and check there to see if good results are obtained from it’s use. I probably would not consider it a 5 component compost and initially get 3-4 more kinds to bolster it’s content. You should have easy access in N La to cotton and rice hull compost. If any shrimp or mud bug compost is available those are excellent. Look/ask in some local ranch supply, gardening or feed stores to see what is available, as a last resort carefully check out the big box stores. Not sure if Lowes in N La sells the pre mixed MM it is starting to show up in more places. It is reported to be good stuff. There is a book “How To Grow World Record Tomatoes” by Charles H Wilber from Crane Hill, Al. In chapter four he describes his compost making which he considers the primary reason for such success. He has held Guinness world records for several different vegetables. His primary compost component was Kudzu a legume vine imported from Japan which I think is that thing which is grossly invasive all across the south in ditches smothering fences and low growing shrubs and trees. I would love to have a few truck loads of it for my composting. It is an older book still in print that I found in a local library and may order thru WalMartBooks of all places. Hope this helps you a little and that a few more add ideas. As a last thought try www.craigslist.com some have had luck there with compost or its components.

westie42 wrote:Bud I am a little surprised more folks have not answered your call for help yet.

We're waiting on the name of the company, without that we can't tell him much. I live in southern Louisiana and I don't even know anything about nurseries in the northern bit. There are probably a few of them and without knowing where in northern Louisiana this nursery is, it's a crap shoot.

I will say this though: go to your local nurseries and buy the bagged compost. This includes Lowes, Home Depot and other stores you may have there. Buy as many different kinds(eg. composted cow manure, composted chicken manure, humus(still not sure what's in it, but I think it's just leaves), mushroom compost, etc.). Yes, the more the merrier. Mel says to use at least 5 different kinds, but your plants will be happier with more variety. I can't site the source, but I believe home made compost is considered blended because it comes from different sources(it's not all broccoli scraps, it's a mix of citrus, veggies, yard clippings, grass clipping, hay, straw, you name it. If it grows like a plant, it's fair game for my bin).

If you don't have enough table scraps for a compost pile, try researching vermicomposting. Worm castings are supposed to be one of the best plant nutrients on the planet.

Mix all this up and while you're doing it, if any bag gives off a strong odor(like chicken manure "compost") then it isn't compost, it's straight manure. If you have the time to set up your beds before planting, use it. If not, that stuff could burn your plants(though I have used it straight, but I mix it up and put it in a garbage can and let it cure for a week or two. Some people say months, but I think that's if you applied it straight to the mix as a side dressing).

Just to give you an idea of how much scrap materials we throw away at my house. It takes about a year to collect a little over five gallans. Now you see where I am going.

Interesting about the Kudsu. There is about two acres of it across the street from my house.

The garden nursery is located in Magnolia, Ar. It is called Pittmans Nursery. I understand they only sell wholesale, or to contractors, of which I have friends who are. The web on this is www.pittmannursery.com . Visit the site and you will see how huge the place is.

I really appreciate all the advice you people are giving. I certainly will follow up on all of it.

I live on a little over two and a half acres of land, which most is either in landscaping, lots of flowers, and a raised box veg. garden. I feel like I have a black thumb when it comes to the veg. garden. I have tried unsuccessfully for four years to have a decent garden. I think I have completely changed the dirt out at least three times. I have used all the stuff you can buy, Miracle Grow, etc. and very little harvest. I have three beds 8" deep, 30" wide, and 16feet long. Then I found out about this web site and here I am finding out about Mel's Mix compost. I would like to be able to redo my bed this fall and compost all the enormous amount of flower beds that I have. But as you can see, it is going to take a lot of compost.

I am going to try to go to the local super market and see if I can get the produce scraps, if someone hasn't spoke for them. Thanks everyone.

I checked out their website, and it has very little information on it and the product list requires a password. From what I can gather, they deal with new plantings and propagation. They might not even use compost themselves.

If you have 2.5 acres of flowers, trees and shrubs, then that's the beginning of a nice compost pile(or piles) right there. All the annuals that die at the end of their life cycle can be composted. Shrub and tree clippings can be composted, especially their leaves(don't bag the leaves and let the garbage man take them, that's good stuff!). Grass clippings can also be composted. If you're of the lazy type, composting can take a long time(1+ years, especially with woody branches). If you toss the piles every now and again, it can speed things along. You don't need to buy bins or make enclosures, it can simply be piles. Just put them out of the way where nobody can see them(read the stuff below, odors can happen to an unmanaged compost pile).

Below is a link from the LSU AgCenter about composting:
http://www.lsuagcenter.com/en/lawn_garden/home_gardening/publications/#3

Kudzu/Kudsu was mentioned above so it’s not completely off track here. I was surfing youtube and came across this useful clip on it from Green Dean at www.eattheweeds.com, had not previously known it is an edible plant among it’s other useful qualities. One of my favorite and recommended of Deans videos is on Purslane. Here is the Kudzu video. The plant that grows so fast it will follow you home. https://www.youtube.com/watch?v=jbCMDQSWFWY
or make some Kudzu blossom jelly here https://www.youtube.com/watch?v=nfEGg_Fbkr8

Bud Alexis wrote:Just to give you an idea of how much scrap materials we throw away at my house. It takes about a year to collect a little over five gallans. Now you see where I am going.

Bud, just to give you an idea on my garden/kitchen scraps. After I got the garden going, I knew I had to save peelings/scraps for the compost I would start. So, I put a 5 gallon bucket outside the back door. Since May '11, I've probably emptied it 5 times with just peelings etc from the produce I've brought in from the garden.

I would say 'Mel's mix/SFG is great!!

Similar topics
» Does this Worm Compost count as two of the 5 Mel's Mix Compost sources?
» Need some advice on the compost part of Mel's Mix
» Can I Use this As My 5 Sources of Compost?
» Compost: Getting Started
» compost sources