» The SFG Journey-Johnson Su Bioreactor for composting, No turning
by has55 Yesterday at 9:10 am

Finally, I have pics!

Finally, I have pics!

Finally, I have some pics uploaded to my computer! My first 2 ever sfg boxes, at two different stages of growth.

Trellis row (north) - Better Boy Tomato, Boston Pickling Cucumber (a mistake, I wanted salad cukes), Better Boy Tomato, Black Beauty Zucchini (this is the one I named Audrey II (after the man-eating plant in Little Shop of Horrors). I fear he plans to take over!
Next row - Big Early Bell Pepper, Poblano Pepper, Cayenne, and blank space due to zucchini space hog.
Next row - Cilantro, Contender Bush Beans, Black Beauty Eggplant, Contender Bush Beans
Bottom row - Sparkler Radishes (not sure you can see them here), Southern Peas (aka field peas, cowpeas - not sprouted yet), Mysery square - forgot what I planted here, I think it's Garlic Chives, Carrots (haven't sprouted yet, probably too late planting them)

Now here are the same boxes a bit later. The plants are already bigger than this now - it seems every time I look at them, they've grown! Somehow the second box got turned sideways - but the trellis is north!

Not as grand as some I've seen posted that I deeply envy, but not too bad for a first timer, I think! The second pics make the plants look a bit yellow, but I think that's just a difference in my sons' cell phone cameras or maybe time of day. I think I'll have to replace the Cayenne Peppers - I learned here in the forum, after the damage was done, that I placed them too far from the light and they got spindly. I need to harvest some of the parsley leaves, they're getting big, but are so pretty I hate to cut them. I'm having such fun with this and am so addicted to sfgardening!!!

So good looking!! Thanks for posting!

Your boxes look great Sherry! It looks like you've done everything by the book and are reaping the benefits. Good for you!

Your boxes look great! I got a big laugh that you have named one of them! TFS and keep us posted on your progress. 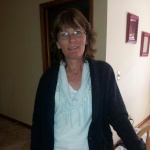 Fantastic boxes! Thanks so much for posting the pictures.