This is my second year of growing tomatoes using the SFG method. I planted a little late this year (mid June) but it was better than last year (which was in July). I thought my tomatoes would grow better this year but instead I find my tomato plants are dying. That did not happen last year.

Here are some of my thoughts.

The weather this year in the Bay Area has been extremely awkward. It rained hard even into May, June was cold, July was mild and it still is! I’m hoping we’ll have an Indian summer because otherwise I think my tomatoes will not mature properly. Could this be a reason for them dying? 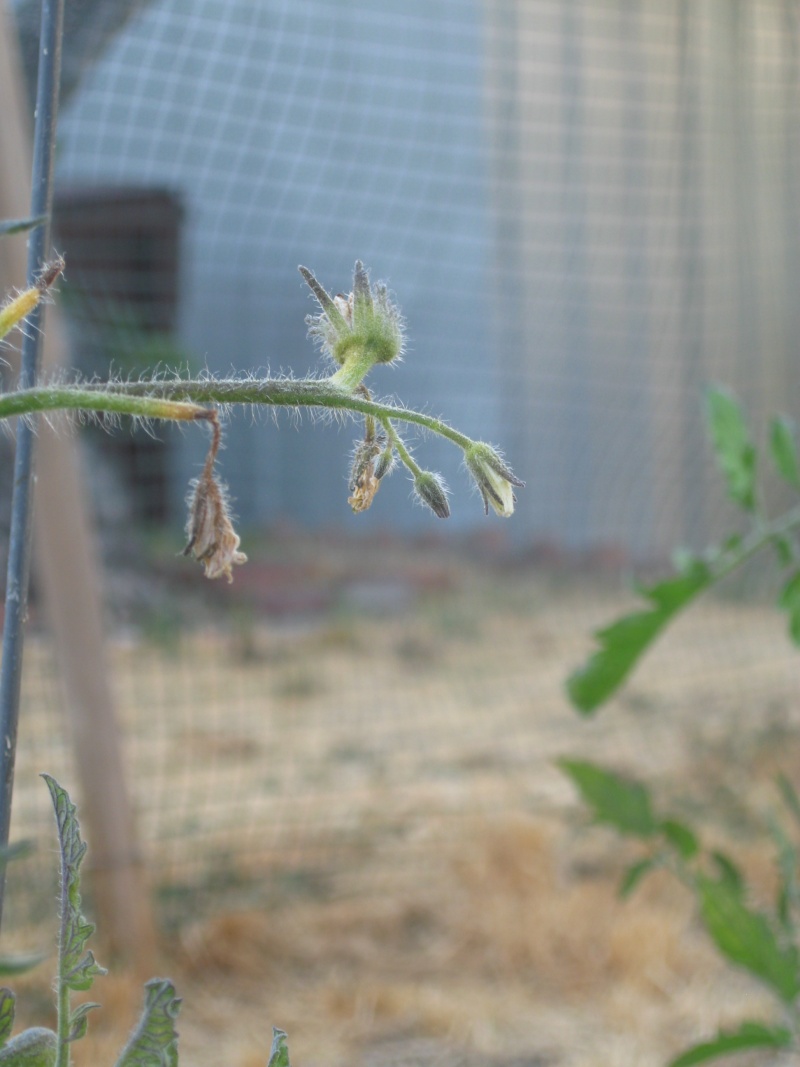 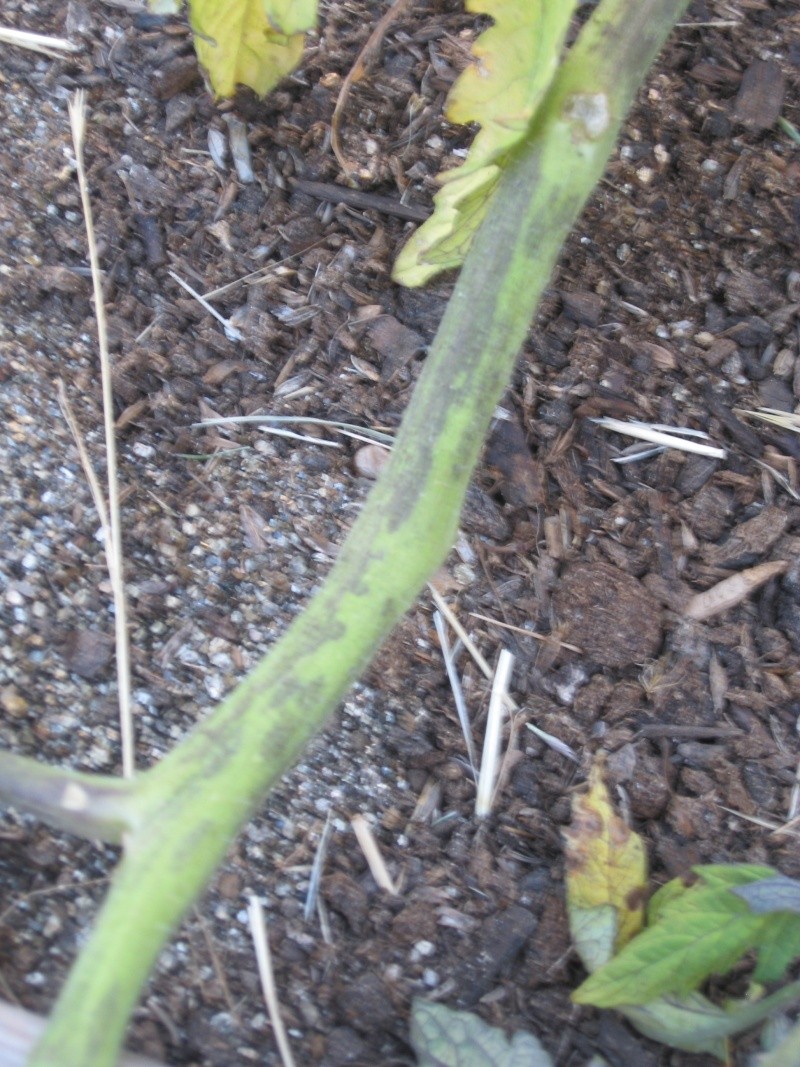 The plants themselves look dehydrated, but I’ve watered these tomatoes much more than I ever watered last year. And it has NOT been a hot summer whatsoever, so I don’t understand the dryness. 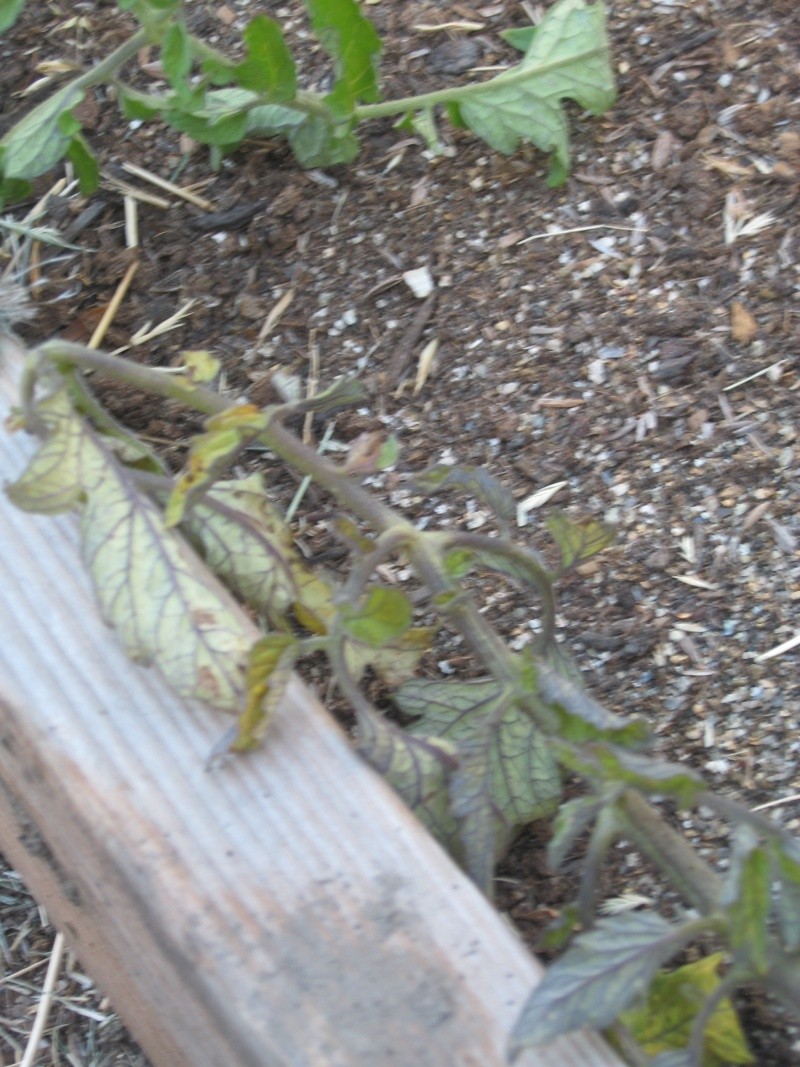 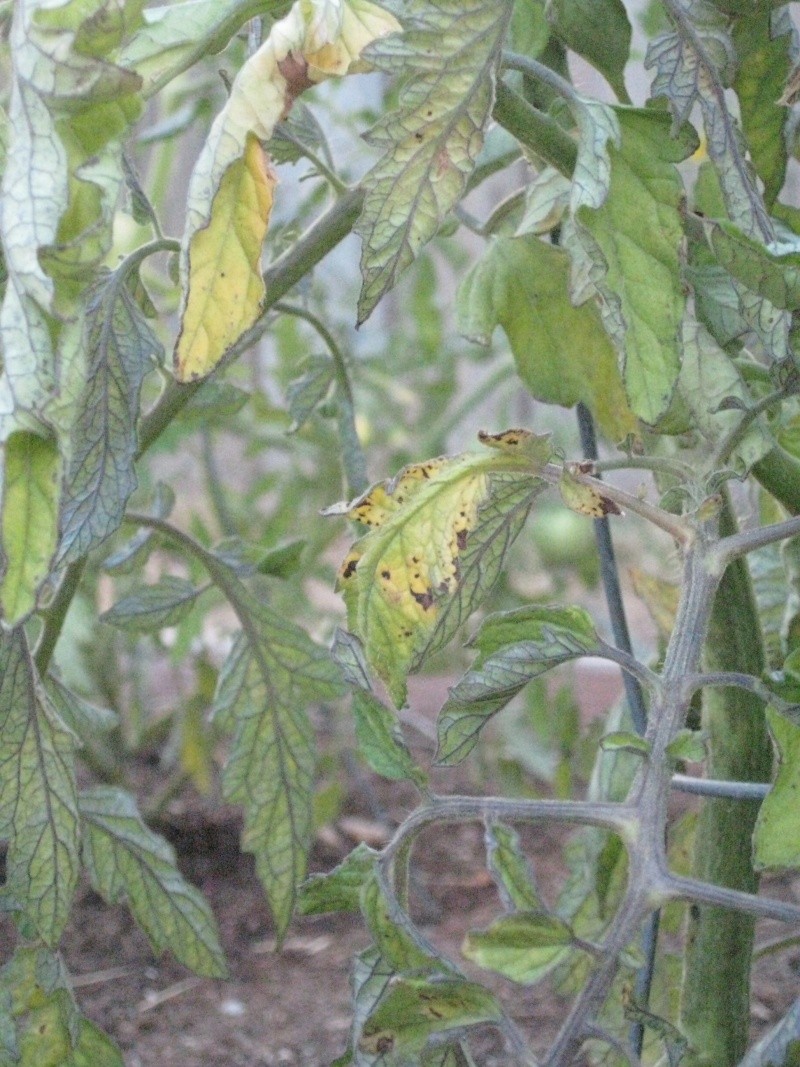 The plants are wilting. The leaves curl, turn yellow with black spots and some fall off. The flowers bloom and a couple of days later dry and fall off. The stems have black/brown markings and most of the tomato fruits are small and dry (not shiny). And just the other day I found one of the tomatoes that looked like it was burned on the bottom. 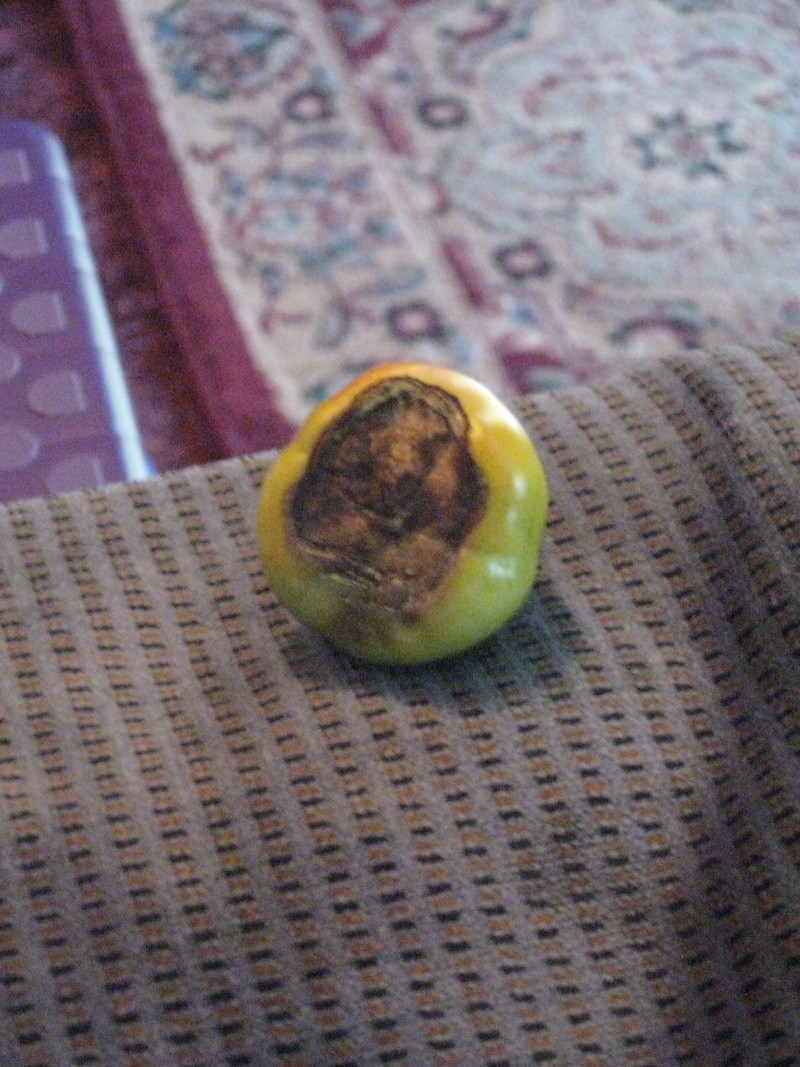 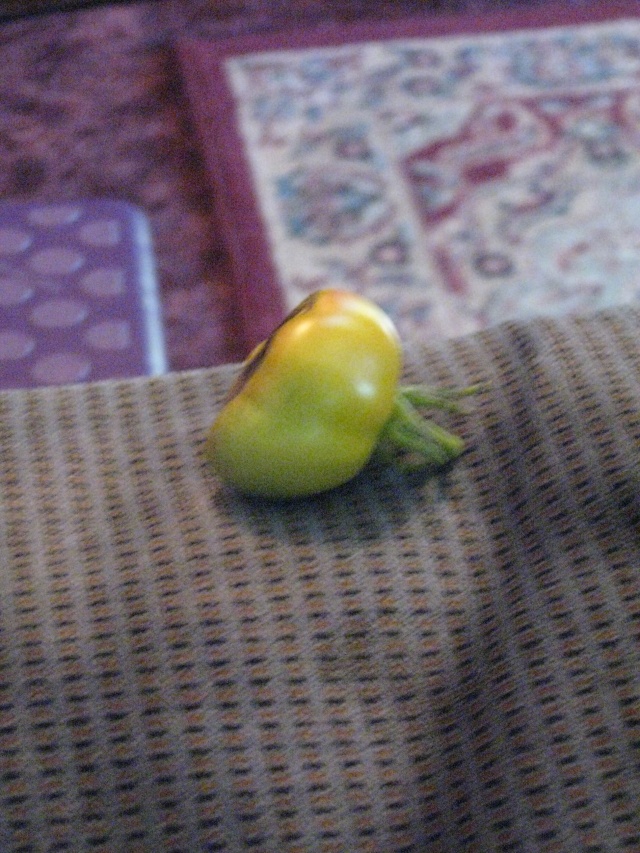 I knew then something was very wrong.

My assumptions are: chats (because the weather has been strangely cold and my tomatoes are mostly small), spider mites (because I have noticed some webbing on the plants, but have yet to see a spider), or maybe tomato russet mites, though I’m not sure, it’s just that the plants seem to have the same symptoms of russet mites.

Can they be salvaged at all? What should I do to get them back to health? Hope someone can pass on practical help on how to fix this.

I could well be wrong but that looks like blight to me.

More info on blight here.
Those plants are sick with disease. Sorry to say I would pull the plants, throw them in the trash and start over.

I have sprayed for blight this year with a fungicide that isnt organic. I have not had any tomatoes until this year. I will try organic again this fall season, we will see. I have thriving tomato plants and I know its due to my spraying in prevention and cutting away the leaves already showing signs. Ive not been diligent in the last couple of weeks and it shows. I am in the midst of moving plants etc. I will be spraying tomorrow and cutting away on my plants that are showing signs of blight, which are many right now, but I bet things will be ok

It looks like you've been taking pictures of some of my tomato plants! I'm farther north up the coast and have been getting the same crummy weather. I think my problem is mites and bad weather. I tear off the affected leaves and stems, and have sprayed with an organic spray several times, but I don't know how much the spray helped. But the plants are getting some fruit so I let them go. One of my mildly affected Brandywines has a couple toms that have started to blush in the last couple days-the first ones of the year

Could the one tomato in your picture have BER?

Where I live, it's too late in the season to accomplish anything else. I'll be throwing away the plants, rather than composting them, and hoping for better weather next year

If that was blosson end rot , it looked like mine at one point , I read it needed garden lime to correct it so I tried some and also some powdered milk after reading here and looked like it started to turn around.

The purple veins in the leaves could be a mineral deficiency (I think Phosphorous). I had issues up in the Sacramento area early season when night temps were in the 40's. I had read that cool weather causes plants to not uptake as much minerals as they normally would. But once the weather warmed up, the purple veins went away. Unfortunately, my 4 tomato plants (planted next to each other), each have become infected with Fusarium wilt. The last one surviving (cherry tomato) is starting to go now as the fruit are starting to become really small, but still turning red. Speaking of wilt, look up Verticilium wilt (since you mentioned they looked dehydrated), which occurs in cooler climates I believe, whereas Fusarium wilt occur in hotter climates.

Thank you! Could you also advise...?

Thank you all for your replies and comments. As a newbie, I'm glad to know I'm not alone in this years' battle of tomato diseases and misery.

After reading your comments and taking a good look at my tomatoes again (and doing a little reading up) I'm pretty sure this could be tomato blight. Could any of you be a little more detailed as to what kind of spray I should buy? Or does anyone have a home-made concoction I can use? Should a home depot/osh/lowes sell the products I need?

I know, I'm really new and really uninformed about this "healing" process for tomatoes, but I sure am grateful to y'all for your experience and knowledge you are so willing to pass on.

I hope this thread will be able to help others too.

Similar topics
» Can anyone help me figure out whats up with the tomatoes?
» The Villiage Idiot asks: Do you think this would work?
» Garden Construction - cautery in NW LA
» Who or what is killing my cucumbers and zucchini???
» Help! I have no idea what is killing my plants.