May Avatar: Not Just Veggies! (click this)
Welcome to the Official SFG Forum
!!! Happy Gardening in 2020 !!!
Search
Latest topics
» TD - A Journey Through Prostate Cancer
by donnainzone5 Today at 2:20 pm

Friend or foe? Was hanging around my squash. 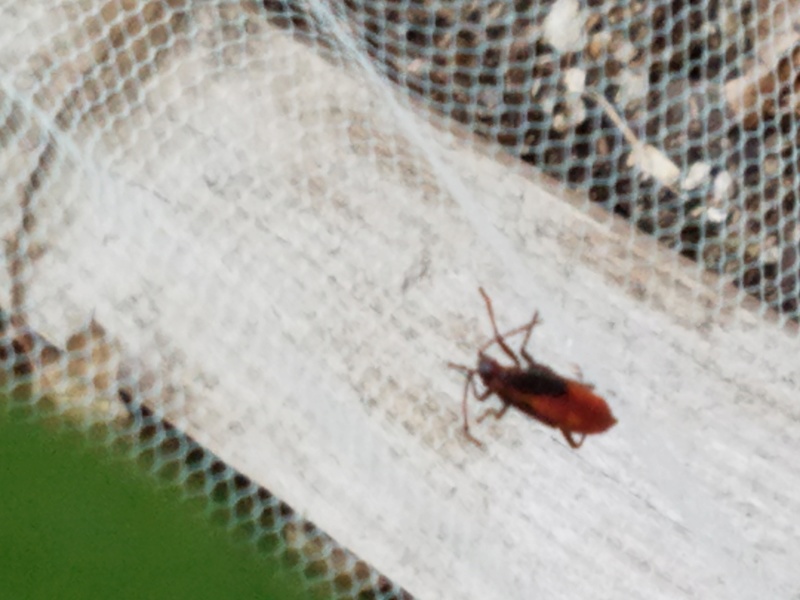 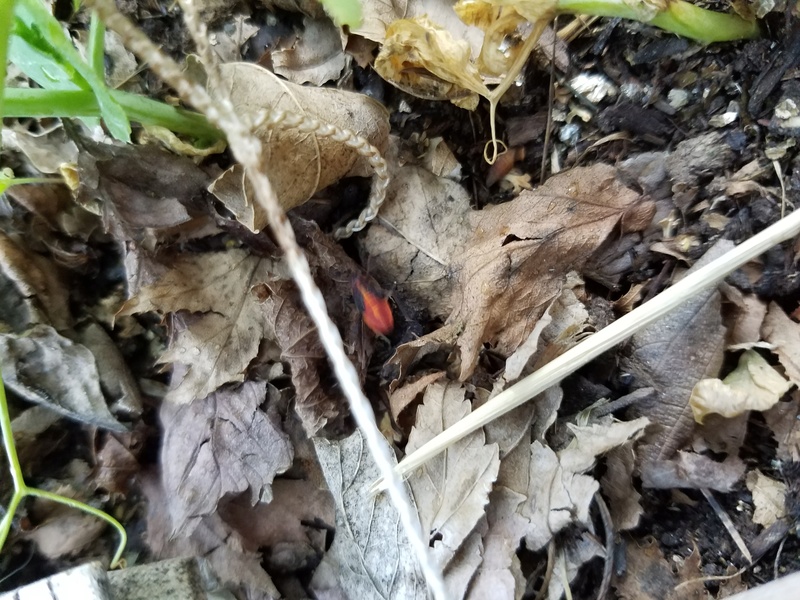 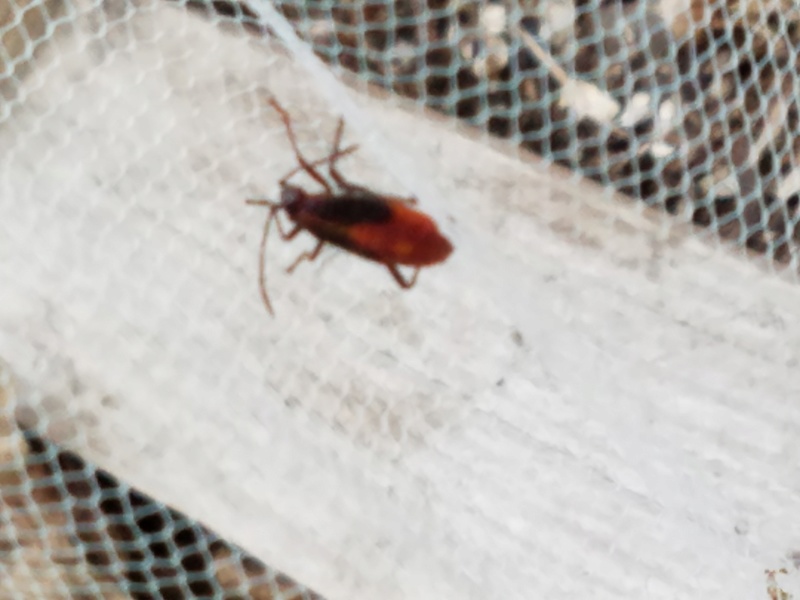 Looks like a nymph of the box elder bug:
http://bugguide.net/node/view/306186/bgpage
They feed on box elder, certain maples, and soapberry plants. They aren't a foe in your garden - but they aren't directly helpful either. Neutral bug.

Another possibility is the red-shouldered bug, but it seems like North Dakota is not a usual part of their range, so probably not. Likewise, the charcoal seed bug is usually more westerly. The small and large milkweed bug nymphs are also black and red, but have black spots on the red that I do not see in your photos.

When squash bug nymphs are at that same partial-wing stage, they are more off an off-white speckled with gray/tan. Here's the one you should be concerned about being near your squash plants:
http://bugguide.net/node/view/725350/bgimage

Box elder. We have a LOT. Apparently I haven't seen the nymph before...

New one on my kale. Crawling around a hole previously made by cabber Looper I believe. 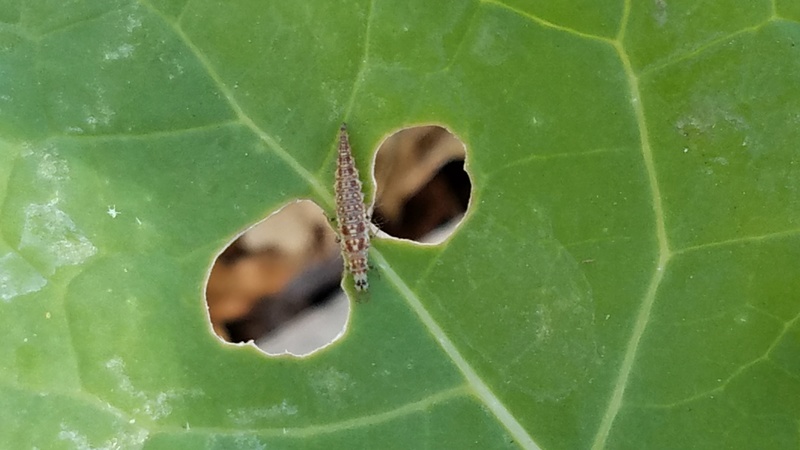 Lacewing larva, though I'm not sure of the species.

@BeetlesPerSqFt wrote:Lacewing larva, though I'm not sure of the species.

Lacewing huh? Awesome! The kale definitely has some aphids for it to munch on!