» Aerogardening
by OhioGardener Today at 9:36 am

» What are you eating from your garden today?
by OhioGardener Today at 7:58 am

» February: What to plant in Southern California and Inland Valleys
by sanderson Yesterday at 5:11 pm

» February: What to plant in Northern California and Central Valley areas
by sanderson Yesterday at 4:56 pm

» Soaking Seeds for Better Germination
by sanderson Yesterday at 4:22 pm

» Mark's first SFG
by sanderson Yesterday at 4:55 am

My sweet potato vines are taking over the garden and are choking out other plants. What can I do? Can I trim them back?

Yes, you can trim them. Or if you have it, you could put one of those wire tomato cages in the bed and it could climb on it. They will take all the room that you let them have!
Jo 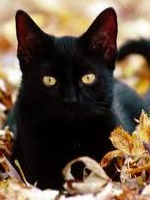 I am trying to find out how trimming the vine may affect the sweet potato production. Seems to be some controversy here. Here is some info I found on this:
http://thecorneryard.blogspot.com/2010/10/harvest-monday-verdict-is-in-to-trim-or.html

I have been turing the vine back on itself for a while. Last night I did some trimming.

Thanks so much! I was hoping I could trim them. I'm going to give it a whirl tomorrow.

if you trim you will lose some production and some possible weight in the tubers.

sweet potatoes are best given there own box. or grown outside the square foot system since they like deeper soil then 6 inches and as you have discover spread very widely.
also sweet potato roots and grow tubers off the vines as well as directly under the stump.


there is no controversy. as for those sources. neither is the type to give a firm answer.

I've grown sw. potatoes for a long time. Depends on the variety, what characteristics show up while growing. Most varieties grow tubers (3) directly under the main slip. If you let the vine grow and root along the stem, some sw. potatoes will make tubers where it roots, they will normally be much smaller, but they can be very sweet.
Some varieties do not make tubers under the main slip, sometimes the roots grow a long ways, and the tubers are made at the end of the roots.
I grew Sw. potatoes and bush gr. beans in the same bed last yr. I tried the winding the roots onto their own side, they wouldn't stay, so, I cut the vines, and they did fine. I threw the cuttings onto a bed that the plants were about done for the summer. Heck, if I'd had any more 'production' I wouldn't have had enough room to store them.
Most of the tubers are right at the surface of the mm, so 6 in. is more than enough. MM makes it easy to dig, I hand dug all the tubers last yr.
I recomend when planting sw. potatoes, put black plastic down first, and plant in a hole in plastic. That way it heats up the soil, and it prevents the vine from rooting.
Some sw. potato varieties do not grow long vines, but are compact bush plants.

I had done some internet searching and found conflicting opinions. Thank you littlejo for your explanation. My sweet potato is from a grocery store bought potato. It is one of the red skin, orange flesh types that are often called Yams here in so CA. It does not appear to root along the vine although I have not tried burying sections of the vine.