I checked out their website - what a lovely operation they have there!  Thanks for posting the link, Razedbed.

That would be awesome Sanderson!  I have my fingers and toes crossed that the bureaucracy will actually follow through (not a lot of past experience would give me much hope of it however

What an interesting thread.

Razed Bed, how many gallons does your shop vac hold? I'm currently using buckets while showering to collect the shower water. Of course most of it goes down the drain. But we have a septic system so eventually it drains out into the pond across the road after going through lots and lots of sand. Cape Cod is a sandbar.

Even here on the shore of the first, fourth or fifth largest freshwater lake in the world*, I try to conserve water. This year I will have eliminated about 80% of my grass. It is wasteful of water and fossil fuels (both for the mower and for the chemical fertilizer it loves so much). I am replacing it with decorative gravel and rocks, cedar mulch and small island gardens of trees, native evergreen shrubs, wild roses and both nursery and wild flowers. (What can I say, I'm a child of the sixties, I guess there's a bit of hippie here after all).

*Lake Huron and Michigan are basically two halves of the same lake, by area larger than Superior, by volume together they are fifth, by area Huron alone is fourth 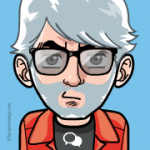 Hurray for Annie! (from Annie's Annuals in the link above)

I have been planting California native plants for the last 7 years. (There's a learning curve to knowing how to care for your natives.)  The only grass I have is the one I have under my Italian Stone pine's canopy minus a mulch around the tree. I use it to sit down to have my lunch, or to read my book or newspaper, or chat with my neighbors.  It so little grass that I can mow it with a push-mower all by myself.  The shade of the pine tree protects the grass and I only hand water when it looks like it needs it.

I do save some of my bath water when it hasn't warmed up yet--one gallon per bath--and I add it to some plants that are not established yet.  And I'm saving my dish water and dumping it on some new fruit trees because they are also not yet established.

I would like to see the agri-businesses use better watering methods and conservation of water and the soil.

I would also like to see mulching orchards and row crops when possible.  Our Cal forest would probably be deforested if they did it all in one year, but just get started!

I haven't checked the references but it sounds correct.

I posted this under Cappy's 'Rain rain another day' Topic. This is a simplistic description for So Cal water supply.

Water from the Colorado River is used by 7 States and Mexico. It supplies irrigation water to the Imperial Valley farmers and for So Cal population (LA and San Diego). So Cal also gets water from the Delta area up north ("Sacramento" for out-of-State folks). It is delivered in a large canal south to "Bakersfield" and piped over the mountains. Where does the Delta water come from? The San Joaquin and Sacramento agricultural Valleys! Which came from the Sierra Mountains (Audrey in the foothills of the Sierras, down to the Valleys (Sanderson) then to the Delta, then some down to So Cal. Basically, once our rivers flow north to Sacramento, it is bye-bye for our farmers.

For those with swimming pools, I read a short article this morning, that a swimming pool can conserve more water than a lawn if it is covered between uses. So, anyone with a pool who wants to keep the guilt level down, just cover it.

I wasn't sure where to post this, so here goes.

I've seen the videos of the California drought (a while back a news story on the Ca drought was followed by one about flooding in the UK). Anyway there was a discussion about the drought on CBC radio a few days ago, part of which was a call to boycott California almonds. I always hesitate on a boycott that has the potential to hurt farmers to make a political point, So, all you California residents, tell me: should I buy my favorite nuts from some other place?

The California almond situation is a tough nut to crack...

California...almond growers produce 100 percent of the commercial domestic supply and more than 70 percent of worldwide production.


In the States, a boycott would mean giving up almonds altogether.  In Canada, do you have access to almonds that are grown somewhere other than California?

I may be missing something here, but why would you single out almonds to boycott.  Why not grapes that probably result in a large portion going to wine.  Or any other crop.

The real problem with almonds is that almost all domestic supplies must be irradiated and/or pasteurized.  This is not a healthy food post these processes.

You can possibly find purely raw almonds from small farms, but for most of us, it means buying imported from Europe.

I have not looked in several months, since I have pounds and pounds of purely raw almonds frozen, but Trader Joe's did sell an organic, non-irradiated, non-pasteurized almond from Spain.

You can find other truly raw, organic almonds online.

From what I was told a few year's back at Expo West was that California almonds must be irradiated and/or pasteurized, because contamination was found on two major corporate agri-business farms.  The reason for the contamination was that the immigrant laborers decided to poop in the field rather than go inside, and they contaminated the almonds when they did not follow adequate hygiene methods, all in the name of speed, since they were paid by what they picked.

This topic was meant for drought problems and water conservation, primarily for CA but can include other states / locations.  In some states, crops are not irrigated.  They are planted according to the time of year to give the best results with a little help from occasional rains through the season.  In CA, irrigation is used.  I can't think of any crop here that doesn't require irrigation, doesn't mean there aren't any, like over on the foggy coast line, but in general, irrigation is why CA is the bread basket of the US.  Thus, drought is a serious situation.

Almonds require a lot of water to produce a single nut.  Other crops requiring irrigation also require substantial amounts of water.  We grow crops that people want.  Demand side economics.  http://www.cdfa.ca.gov/Statistics/    Grapes are grown for table use, wine, spirits, jellies and raisins.  Tomatoes for table use, canning and products.  Etc.

SFG allows us to conserve water while producing nice harvests.  Most of the large farms in the Valley are family owned for decades.  Junior and Sis, and even grandkids are working the family business.  Most of the work has to be done by hired hands, especially harvesting.  No farms, and they are out of work.  Private food banks and government programs are over stretched.  Shop owners and restaurants are folding (or folded).  Quite depressing.

Several years ago, the California Almond industry began voluntarily pasteurizing almonds to guard against harmful bacteria like Salmonella that could cause food borne illness. Specifically after two Salmonella outbreaks in the early 2000s, almond growers and handlers wanted to minimize the potential of consumers getting sick from this harmful bacterium. Nowadays, almond pasteurization is required by law in the U.S, Canada, and Mexico.

There are many ways to pasteurize almonds, including blanching, oil roasting, steaming and using propylene oxide (PPO). PPO is a compound approved by the U.S. Food & Drug Administration for use to pasteurize food products such as nuts, cocoa powder and spices. According to FDA, when raw almonds are pasteurized, if their composition does not fundamentally change they still may be labeled as raw. Pasteurized almonds have the same nutrient profile as unpasteurized almonds.
- See more at: http://www.almonds.com/consumers/about-almonds/food-safety#sthash.EiMd9NRQ.dpuf"

I'm doing my part by only drinking beer that is brewed East of the Rockies.   Whose with me?

Wellll.  not exactly on topic, but since you mentioned it, my gluten free beer comes from Oregon.

Mikesgardn wrote:I'm doing my part by only drinking beer that is brewed East of the Rockies.   Whose with me?

that is outrageous.  Such high temps.  Climate change? We wish you the best and pray for cooler weather for you and your neighbors.

We have always had a few days over 100 but recently those temps have been showing up earlier, starting in June, and more of them. It used to be July-August with those scorchers. Maybe we will have a really wet El Nino this winter and a slightly cooler summer.
____________________________

The water cop is on patrol.  http://www.kmph.com/story/29300973/most-homeowners-observing-fresnos-watering-rules

Our front lawn is rather green except for some fungal spots. Husband cuts it high, and we water twice a week per local ordinance, 10 minutes per day in 5 minute bursts, for a total of 20 minutes. I've sprayed it with compost tea, raw milk and molasses. We are due for that knock on the front door. The front flower beds are covered with chips, dead leaves or chop-and-drop prunings
____________________________