» Aerogardening
by OhioGardener Today at 9:36 am

» What are you eating from your garden today?
by OhioGardener Today at 7:58 am

» February: What to plant in Southern California and Inland Valleys
by sanderson Yesterday at 5:11 pm

» February: What to plant in Northern California and Central Valley areas
by sanderson Yesterday at 4:56 pm

» Soaking Seeds for Better Germination
by sanderson Yesterday at 4:22 pm

» Mark's first SFG
by sanderson Yesterday at 4:55 am

Just added my second level to my rubbermaid bin worm composter.  The first level looked like it was progressing well, so I put my second bin on top, added some organics covered with wet newspaper and checked a week later.  Under the wet newpaper I was hoping to see that my red wigglers had migrated up, but all I saw was a maggot like worm. Concerns or just be patient?

I also have been collecting the dependent drainage from the bottom spout and using it as an organic supplement to my SFG, usually diluting it 1:4. The excess I'm storing in a large pickle jar for later use.

I have Rubbermaid containers too but I don't use a tier system.  I want to address the maggot like worm you mentioned.  Hard to say for sure without a picture but I think you are describing a fly in the maggot stage.  Soldier flies can be common.  Also, redwormcomposting.com is a very extensive site you might find quite interesting and helpful, the owner of the site is Bentley Christie, he has over 13 years experience in raising worms indoors and outside.

Soldier flies are very common in compost in hot weather. They help break down the compost. Also the adults are highly beneficial in your garden.

Do not worry, they will go when it breaks down a little more. Ive had them in my bins they won't do any harm 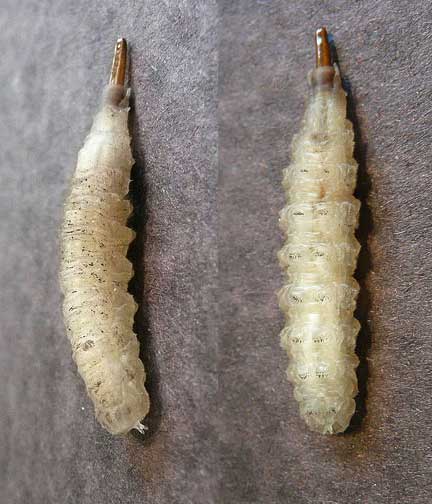 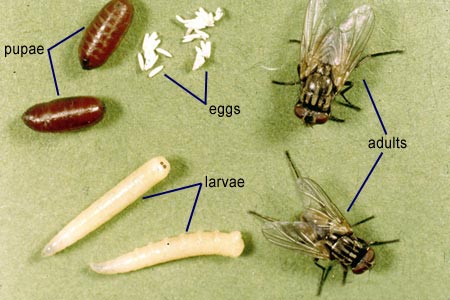 Any idea's?  They seem to be breaking down the fruit scraps, don't know if they're leaving behind the good stuff 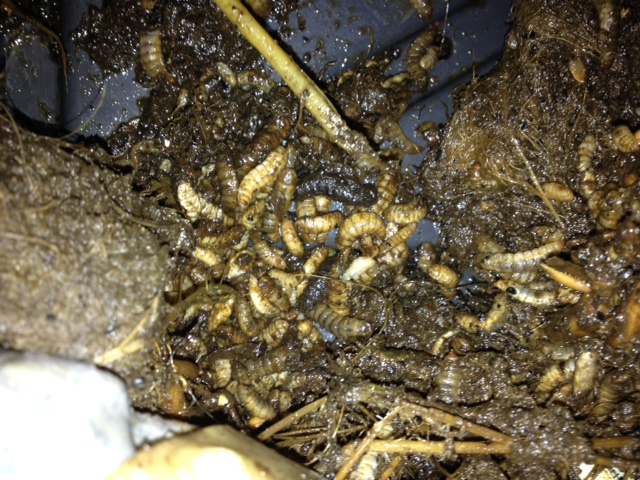 I noticed your bin (nosmok) is pretty wet. Is this about standard for how damp bins should be? I didn't put any holes in the bottom of my bin, but I try to keep my bedding moist but not this wet. Should I keep my bin wetter and drill holes?

Could this level of moisture help create an environment for the maggots? If so, I might want to increase the moisture of my bin, since so many others have had this issue.

So far my worms are surviving the So Cal heat, so I was thinking my bin is moist enough. I just started my bin about a week ago.

This was a few days after adding lots of melon rinds which have a lot of water in their cells.  I do have drainage holes in my bins, except for the bottom one which has a drain for the wormy liquid that collects beneath the organic bins. I've been adding this diluted to my SFG beds.  I'm covering the organics with wet newspaper.