May Avatar: Not Just Veggies! (click this)
Welcome to the Official SFG Forum
!!! Happy Gardening in 2020 !!!
Search
Latest topics
» Hi all!
by AtlantaMarie Today at 7:37 am

» California - What are you doing this month?
by Yardslave Yesterday at 2:33 pm

» OhioGardener SFG
by yolos Yesterday at 11:09 am

» New to SFG in Michigan 6a
by sanderson Yesterday at 1:35 am

I've had my worm bin for about a yr. Now I have 2. I've fed them a little bit of everything. Lots of suggestions from other folks, they ate it all, but did not show that they really liked or disliked any particular item.

I had some watermelon which was not real good. Usually I put the big stuff in the compost bin. So I cut off a piece for the worms. I think this would also work to get the worms to move to one end so it would be easier to harvest next time! I did not realize there were that many worms in there. They really like watermelon! 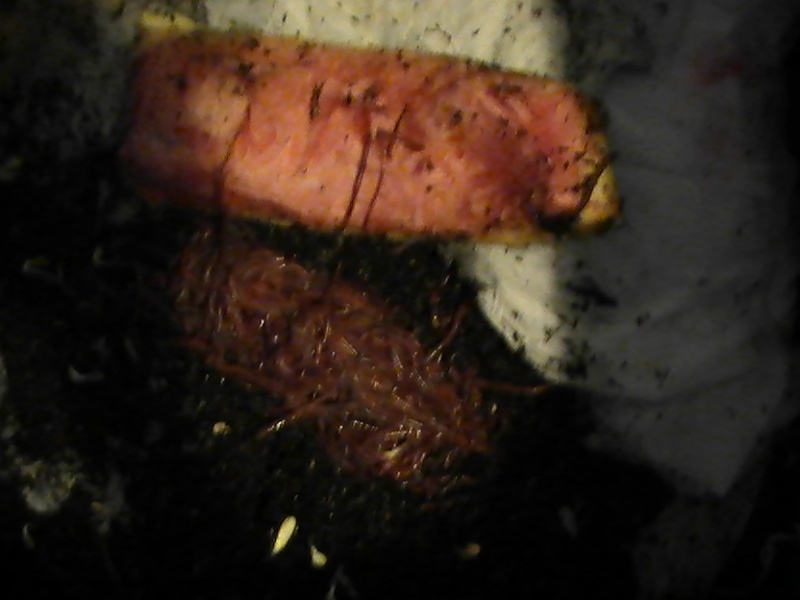 that is so good to know
I find it hard to know how many are there.

The pic is not very good. I had never seen the worms attack any food before!