March Avatar: Spring Will Be Here Soon -- Promise! (click this)
Welcome to the Official SFG Forum
!!! Happy Gardening in 2021 !!!
Search
Latest topics
» Hello from a professional in Fremont
by JJ_Gam Today at 3:43 pm

» Creating a Grid for Plastic Box
by donnainzone5 Yesterday at 10:18 pm

» What Have You Picked From Your Garden Today
by OhioGardener Yesterday at 9:03 pm

» Hello from Central Maine-zone 4b/5
by OhioGardener Yesterday at 4:47 pm

» What are you eating from your garden today?
by markqz Yesterday at 2:22 pm

When to water tomatoes?

When to water tomatoes?

Hello, this noobee needs some help as to when to water tomatoes?
See my pic below, the leaves that are the closest to you just touching the pot are curled up. More like curled in on each edge, all in that cluster are curled in.

Is that telling me it's hurting for water?
When I post this pic the right half gets cut off when you do a close up, to where you can not see most of the curled up cluster. So I'm hoping that there is enough there for you to see.

Welcome, Fireboy It is best to remove lower leaves to prevent desease picked up from splashing soil up on they when watering. Some of my toms normaly have curly leaves. To tell when to water stick your finger in up to the second knuckle and if not moist it is time to water. Also there is a tom desease call leaf curl. There are other causes too. Go to http://www.ehow.com and type Remedies for leaf curl in tomato plants into the search box and you will find all you need to know.

My tomatoes did this early in the season. Mine were NOT hurting for water. That much I can tell you. In fact, they are still doing it. But, they are also producing rather well compared to other years.

I clipped the curling leaves up to about 2 feet above ground and left it at that. Plenty of others curled, but I didn't care as long as I couldn't be sure there was a disease AND the tomatoes were setting fruit. I don't know what causes it, and don't know how to fix it. But, it's not costing me any fruit, so I resort to "if it ain't broke, don't fix it."

If it starts affecting production, in your opinion, ask again. But, until then, I believe it may just be no big deal.

There is leaf curl on some tomatoes and the reason is unknown. It just seems to be normal. I've experienced it myself with no problem with the tomato plant 2 months later so don't worry unless they get brown (then clip them off). 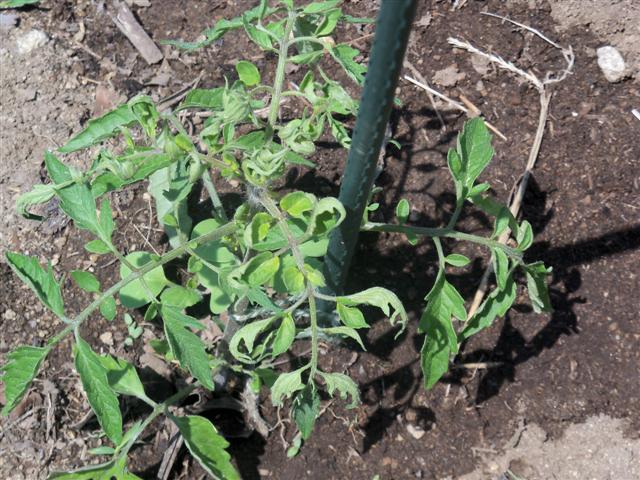 This was a Moskvich on June 15th. Today Its still healthy and producing today. 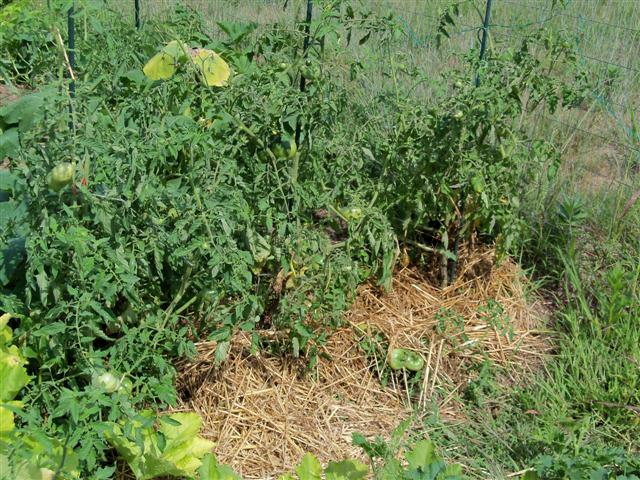 The water test given is perfect. Tomatoes in pots need more watering than those in the ground. You just have to watch your plant and see what it needs. With my pottod toms, sometimes I can go 2 days without watering and other times need watering every day. Just check the moisture levels around the root of the plant.

Enjoy your toms and welcome to the forum.

shannon1, BackyardBirdGardner, quiltbea Thank you, I feel much better now.
So, I'll just wait and see how they do. Again Thank you for the help.