» Soaking Seeds for Better Germination
by OhioGardener Today at 7:41 am

I'm afraid to go out and look. Closed in my cold frame last night.
No covers on an open bed with kohlrabi, romaine, broccoli.
Gonna maybe start all over, I betcha we don't have any spring this year.
Straight to summer from winter.

I know Jimmy me too, same crummy 20 degree range.  I didn't cover the 9 inch tall garlic, I cut and ate young asparagus last night then covered the box. If there's a scale to measure Fun, with 10 as perfect, I give cold snaps with its worry factor about a 1.

You are colder than me LM, unless it dropped after I left for work. 25 at my house; I did cover my beds, with the exception of the new onion tops everything that has sprouted was still pretty much at ground level. Hopefully these few hours uncovered before it warms up won't do any harm.

I should get my own  backyard thermometer.  Until then I use the nearest 3 weather stations over a
12 mile or so area range.  They rarely agree and easily have a 5 or so degree difference. Fun.

I got real lucky, it only reached 34 F at my house last night after a prediction of 29 F. Haven't been out yet to check on things, but spent a good part of yesterday evening covering and wrapping things up so I should be okay.

28 degrees at 7am here in Western MA. 1/2 inch of snow over night. Still windy. Temperature drop of 33 degrees from yesterday morning. Yikes. Well the weather man got it right this time. I'm so glad I held off putting plants in the ground, I was so tempted. I hope the strawberry plants I put in the high rise are going to be ok. Right now they are covered in ice and snow. Should have covered them I guess.

Saturday we had 7 inches of snow which we hope protected the all the apple trees which are just starting to bud. We hit 23 degrees Sunday morning and  24 degrees Monday morning. I looked at our trees yesterday and it looks like at least some of the buds look ok. Hope the same for all our orchards around the area as we did not have crops in 2011 and 2013.

31 at 6 am at my place.  Hard frost.  But looks like almost everything stayed covered, so we'll see.

Thermometer in cold frame read 33 this morning, plants look cold, however not frozen.
sun coming up very strong,
New plants started today, should be ready to go in May...heck isn't this fun ? 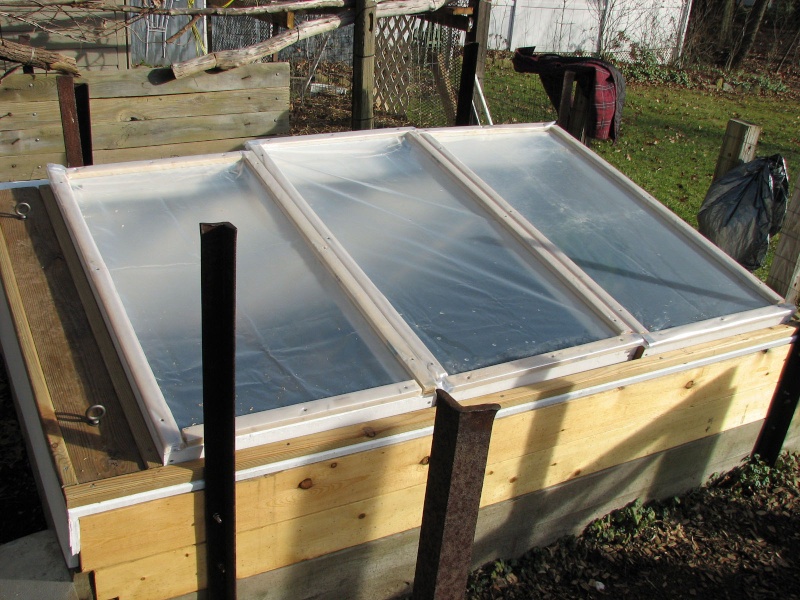 Jimmycee that cold frame is awesome! Really great! I snagged some wood sash windows from my neighbor last week when they replaced the windows in their house. Was planning on putting something small together over the weekend, but built the strawberry tower instead. Guess I'd better get to it.

Lyndeeloo
Thanks, DW told me that's where I am going to rest eternally....LOL...
I told her I couldn't think of a better place.
One thing I am extremely surprised at, is the way that plastic is holding up.
It's at least 6 mil, came from75 gallon bags, seems the sun isn't affecting it, much better than glass especially for the chance of breakage.

jimmy cee wrote:Lyndeeloo
Thanks, DW told me that's where I am going to rest eternally....LOL...
I told her I couldn't think of a better place.
One thing I am extremely surprised at, is the way that plastic is holding up.
It's at least 6 mil, came from75 gallon bags, seems the sun isn't affecting it, much better than glass especially for the chance of breakage.

Your DW has a wonderful sense of humor!

Yes I am concerned about breakage but they were free... that gets me into trouble every time. Free stuff means another project. LOL. Did you use one layer of plastic or two on those?

That IS a nice setup, Jimmy.

Looks like I may have lost 4 tomatoes, but that's it.

My daffies are unhappy with the sleet & snow that fell this morning... 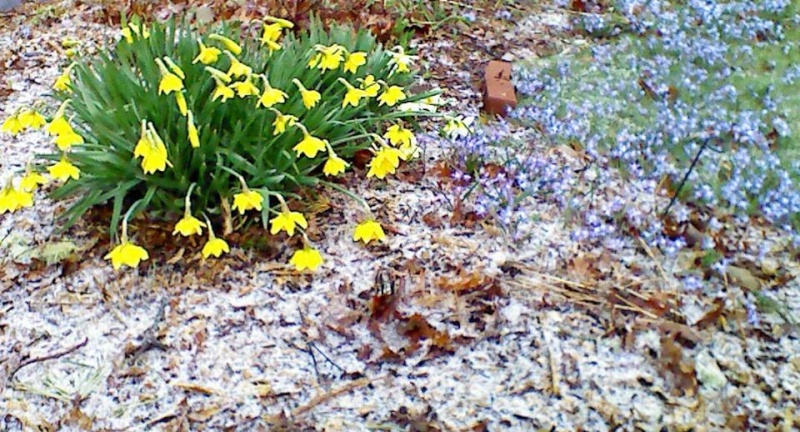 I didn't expect this and didn't cover my veggies.

Will do so tonite & tomorrow with the plastic for the below freezing forecast...IF they've survived.  I'm afraid to check.

CC  I bet your daff's will be fine.  Mine are in far worse shape, laying down mostly.  I was so consumed with covering veggies out back I didn't give much thought to the daffodils in the front.

WOW so dreadful to read about those low temps.  We seem to be out of the woods at least for a few days now. Despite how warm the days are it is hard to remind myself that our average last frost is may 1st.
I have done a lot of reading about all the colder weather crops this year and the suggestion is to Plant "when the ground is workable" which seems to be roughly a month before last frost.  SO it seems that many of these stronger plants clearly can survive.

EVEN potatoes,  few years ago my potatoes were up and we had a bad frost, and the tops all died back and sure enough a few weeks later, new shoots came up.

ANd.....  just a few months from now we will be inundated with crops...

and all of this will be a vague memory

Wow! 22 degrees was our deepest low in November I think. I would be crying if we had it now - my squashes are putting out blossoms and would be gone.... poof!

jimmy cee wrote:Lyndeeloo
Your DW has a wonderful sense of humor!

Yes I am concerned about breakage but they were free... that gets me into trouble every time. Free stuff means another project. LOL. Did you use one layer of plastic or two on those?

They were huge commercial bags I picked up many years ago, I have a bunch and hate to use them.
Always saving something for later on (some day there aint gonna be a later on)...

Since I used the entire bag it was 2 layers for each pane,
Next I'll make same panes for bug stuff, probably tulle

Usually only a tiny trace, more like 0.1 or less after the 10th.

2007 was the latest by far and even then, I can't even confirm flurries in May, much less snow plows being back out!

In 2007, oh boy, definitely about 5 inches of snow easily around the 15th with a slop from being followed by showers, especially for towns outside of Springfield in Windsor County. I remembered during 2007, when I was in Springfield, (Vermont) I saw one of the business signs say "GO AWAY SNOW".

Much less a snow shower at CapeCoddess' garden.

Just trying to be helpful and positive....you need to RELAX.  These dates are not set in stone are just averages.  Dates are just approximate.  Let your heart beat a little slower and don't worry so much. JMO 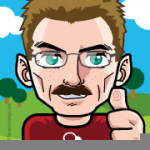 Your right MB, however my plants heart rates were soaring up in the sky, I tried to tell them exactly what you said.
They wouldn't listen to me, they said NOW NOW, we wanna go out and play...well I listened to them and now they are nooooo more.

don't give up on your broccoli, kale, cabbage, cauliflower, spinach, potatoes, onions,  and peas just yet...and im sure I am missing some others......they can take a bit of a nip.....they might look and act funny but don't give up on them....they may send out some new leaves and be just fine....

hugs to all who are getting a cold snap!
rose

Rose
Did not hurt anything in my cold frame, all looks great in there.
The outside bed I didn't do anything as far as covering looks iffy, however I will wait as you suggested.
Broccoli looks about the best, kohlrabi was hurt from last weeks cold spell, chard didn't look good anyway and just shriveled up.
Garlic, onions, and shallots all look great.
Fortunately it is early enough in the season adjustments can be made.