Has anyone tried using smashed up apples as the primary Green ingredient?

I'm new to composting and I have one apple tree so I decided to smash up some apples and mix it in with Brown grass clippings in a 5 gal. bucket, I'm not going to need this until next spring.

Basically I'm just experimenting but was curious about using apples.

Thanks in advance
Frank

I've not bothered to smash them, but I pick up fallen apples and pears under the trees, cut them in half, and through them into the compost tumbler.  They are not only greens, they have a very high water contents and require extra browns to absorb the water.
____________________________
Never plant without a bucket of compost at your side.

How about veggies and fruit in general. Like I had some tomatoes that fell before we got back from travel. They are in the compost pile now. Ditto everything else.

@Chuck d'Argy wrote:How about veggies and fruit in general. Like I had some tomatoes that fell before we got back from travel. They are in the compost pile now. Ditto everything else.

Fruits, vegetables, plants are all greens. Shredded paper or cardboard, dry leaves, straw are all browns. 2:1 ration of browns to greens.

You should try to find a copy of the Rhodale Book of Composting for a complete of compostable material, and great guidance on how to compost them. 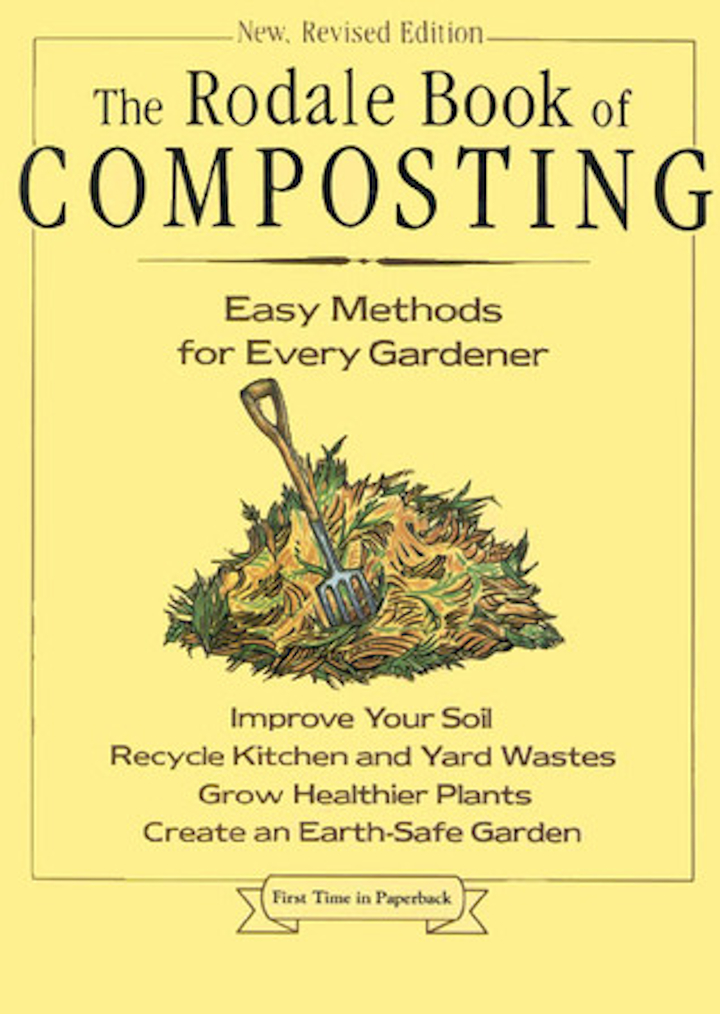 A couple weeks ago we had a strong thunderstorm with high winds that knocked a lot of green apples off the tree. I picked them all up, cut them in half, and dumped them into one of the compost tumbler bins with a lot of pine pellets. The tumbler bin was completely full after all of the apples and pine pellets were dumped in. The tumbler has been turned once a day since then. Today I opened the tumbler to see how they were progressing in the composting process. As soon as I opened the door it smelled of hot apple cider, a nice fall smell.   But, the apples are about half composted, so all is well.

@Frank207 wrote:hi,
I'm new to composting and have not used pine pellets but I have a couple of questions: 1) I am  curious about the volume you used for the pine pellets and apples ie: 2qts pine pellets to 1qt apples?

Not to worry, we were all new at some point, and even after 30 or 40 years I'm still learning.

No, you would not use that many pine pellets. They are very compressed, and when moistened swell to several times their original size.  But, I don't have a formula for the exact ratio of greens to pine pellets (browns).  In the case of filling a compost tumbler bin with windfall apples, I had over 15 gallons of apples that I cut in half and dumped in the tumbler. I poured in a thick layer of apples, then covered them with a layer of pine pellets, and repeated until all the apples were in the tumbler. In the end I had used about 3 gallons of pine pellets. But, as the apples started composting there was water dripping out of the bottom of the tumbler, so I added another gallon of pine pellets and turned the tumbler.  After more apples were knocked off the trees they were added to the tumbler and more pine pellets were added. It was necessary to check periodically to ensure the compost stayed moist (not too many pine pellets), but not too wet (not enough pine pellets).

@Frank207 wrote: 2) is that all you had in the tumbler just the pellets and apples?

In this case, yes, but I had never done that before. It was part experiment and part having to get rid of the windfall apples.  My compost tumblers are normally filled with a mixture of fruit & vegetable scraps, plant matter, coffee grounds, and pine pellets.

That said, the experiment with the green apple compost is going to need some help.  It has not maintained a high temperature, and is not composting as fast as it should. I most probably will pick up a bag of coffee grounds from Starbucks this evening and dump them into the tumbler to start some hot composting.
____________________________
Never plant without a bucket of compost at your side.

Due to the bear problem, they are starving in the mountains this year, they always come down into the valley every year but this year it is dire for them so they come down in daylight; daddy bear. momma bear and baby bear have visited my apple tree almost every day for a time.

Thanks to adding wood chips several yeas ago the apples improved in size and quality.

So with the windfalls, they were too good to waste so I made dried apple slices each year, gave at least half away and still had plenty for myself for the rest of the year.

This year I had to be careful, going out with a whistle hanging from my neck and keeping a careful eye out for animals.  The big male bear visited a couple of times, and when I blew the whistle he scarpered but watched me from the hillside.

Also visiting was a female with her half grown cub, so I had to whistle them back up the hill. From my side window I could see the neighbors congregated out on their driveway and the bear was around the corner from them out of their  sight.  So I opened my window and whistle, shouted and waved my arms and the bears moved away.

I was not able to compost my apple windfalls or waste so had to get them hauled to a big green wast bin further down the town.

I have been at it for several weeks and I am so glad that it is come to an end.

By the way, dried apple slice taste delicious.  My neighbor

told me so. No longer having my own transport and living alone, they have been a lifesaver for me

Fortunately, we don't have bears (yet!), but we have nightly visits by raccoons and possums which will take one bite out each apply or pear that is lying on the ground.  So, I have to go out every evening a pick up as many as possible to ensure I get them before the critters destroy them.  We are at the peak season now, and busily canning apples and pears for the winter.
____________________________
Never plant without a bucket of compost at your side.

The heat has taken a toll on my apples- can't keep them watered enough, so they are dropping earlier than usual. I have to keep up on picking up the fruit, because the coons, opossums, rats and ground squirrels start hanging out munching the fallen apples. They then wander down to my Veggies and help themselves to the kale, squash and tomatoes. So far, for every ripe tomato I bring to the table, the varmints get 8. I set traps out and catch a critter, but the trap becomes a source of free meat for the carnivores. My garden is becoming a night time buffet.

You have my sympathy, Yardslave.  I have raccoons as well.