February Avatar: Time to Wake Up!!
Welcome to the Official SFG Forum
!!! Happy Gardening in 2022 !!!
Search
Latest topics
» Aero Garden for starting seeds?
by OhioGardener Today at 10:24 am

» worms and compost tumbler
by sanderson Today at 1:47 am

» What are you eating from your garden today?
by sanderson Yesterday at 1:40 am

» Starbucks for coffee grounds!
by sanderson Yesterday at 1:37 am

I KNEW I was running late...  Okay, first thing in the morning!

I've had several here all winter it's been so warm.  We will feed up to about 50 hummingbirds during the summer.  Rufous and Ruby Throat, they're so fun!

I've been feeding hummingbirds for 2 years and they were here all winter.  About 6 weeks ago they disappeared.  I'm still maintaining the feeder with fresh food in hopes they come back.

Got it out this morning.

Yes - they're very early this year.

The first one showed up at my window on April 4th, and went right to where I usually put my feeders. That's earlier than I've seen them before.  And I would guess from the activity I'm seeing that they're preparing nests.

Interesting site about hummingbirds, thanks for sharing. 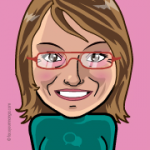 I put 2 syrup feeders out. One in the front yard, one in the back to cut down on fighting.

Last year a hummer was hovering at the bay window where I normally set out the syrup feeder.
It knew there was suppose to be a syrup feeder hanging on the black pole like so many years before.  I hadn't gotten to it yet so I quickly got my act together for this tiny repeat visitor.  If you sit very still you can hold the hummer feeder in your hands and see them within inches of your face.  This happened once so far, I was wearing a red shirt maybe it helped, I dunno, but I was surprised at the rapid high- pitched chirping noises and it hovered just a couple inches from my nose.  Glad I was wearing my glasses it was a little scary to have that long needle-like beak so close to my eyes. It was certainly exciting.

Last summer my 6 year old daughter and I were watering her sunflowers which were 4 or 5 feet from a hummingbird feeder.  The little thing came over and helped itself to a shower.  I almost dropped the can in surprise.  I tried for a repeat the rest of the summer but no luck.

Hummers are so funny.  I had one 2 years ago I named Chatty Cathy.  She would just sit in the pecan tree and talk, talk, talk.

Also had a male I named after a talkative young friend named Matthew.  Same thing.

At our previous home which was near here but at 3500 foot elevation, we fed over 100 hummingbirds all summer long.  I had 3 feeders spaced about 8 feet apart in a triangle.  We only had one hanging structure that would work for them and the syrup would just cook out in the yard on poles so they just had to fight for the food.

Each station would be filled with birds, then there was a hovering pattern about 10 feet out as they waited for an opening and another ring about 30 feet away.  They would fight and do aerial acrobatics at the outer two levels, and there was one or two bullies that would attack birds on the feeders, but they were so busy bullying that a lot of the birds learned to let them get engaged and they would slip through on the back side and eat their fill.

I would stand on a chair in the middle with my camera and take videos.  It was like being in a wind tunnel all the wind they would generate with their wings.  They would come inches away and basically ignore me.

However, if the feeders were empty they would come tap on my picture window and scold me!  They are amazing creatures.

I remember a video I saw a couple years back.  This woman had taken one of those big round outdoor clothes dryers and turned it into a hummer feeder.  She had a whole bunch of feeders attached to it.  Same thing as Audrey.Jeanne - lots of hummers around all the time.

I'm enjoying all of these personal hummer stories.
Cheers

When we lived in Sugar Land, TX, we were in the thick of the flyway.  I have a photograph that has 32 birds in it that are identifiable, taken with a 35mm camera.

I saw they were spotted in Mass. 4/12 so I put out one feeder yesterday with a red fabric tie-out so they can spot their yard easier.
Haven't seen ours yet.
I bought 3 more hummer feeders today since I broke one.  I only had 2 and wanted to spread them out more in the flower garden so there's not fighting.

When trying to find my pictures on my new computer, I remembered I had blogged about my Hummers.  On the first post is the recommended recipe for making your own nectar for hummingbirds.  Here are two blog posts that have lots of pictures:

The nectar I'm using right now is failed Apple Jelly watered down quite a bit.  The jelly never jelled, so it's syrup.

The hummers love it.  But you have to make sure it doesn't ferment!  Had one little guy drink & drink.  All of the sudden his head falls over to the right.  He popped back up in a minute or so and did it all over again!  Took me a few to realize that the nectar had fermented and he was drunk!

Anna's hummingbird, thanks. I just saw a HB in my neighbor's yard, but couldn't see the coloring. I bought a second feeder at OSH. The design makes it easy to clean thoroughly. After looking at your photos, I think we need to set up a second station. One cup of water + 1/4 cup of white sugar. Thanks for the recipe, also.

audrey.jeanne.roberts wrote:We've always called them "Ruby Throated Hummingbirds" but when looking them up I see they are actually called "Anna's Hummingbirds" so I'm glad you asked the question

According to the website you quoted it states that Ruby throated and Anna's are two different species.  Anna's having more pink coloring and ruby's have the distinct red.  I love my little ruby's but sometimes other species have been seen in local parks by park naturalists.  I would get a kick out of seeing something different.

Yeah, ours aren't actually red, they're more a magenta tone.  Learn something every day around the Square Foot Gardening forum!!!

We also have rusty colored Rufous Hummingbirds. Usually it's a ratio of about one Rufous to 20-30 Anna's. They are total bullies and have a very aggressive temperament. They are also about 20% larger than the other hummers.

I've seen possibly young'ns that have mostly white on the throat and covered with rows of tiny back dots.  Ruby adolescents maybe, do you know?? I can't find an explanation online.

I haven't seen anything like that.  We have encountered an unusual moth that is not supposed to be native to our area, but it's a hummingbird moth. It flies like a hummingbird including backing up.  Is about the same size and looks very similar except you realize SOMETHING isn't quite right.  We took pictures up the mountain but I think it's on the computer that died.

Here are some pictures of these moths:
http://www.fcps.edu/islandcreekes/ecology/hummingbird_moth.htm

LM - yes, those are juvies.

I put my feeder in a pie pan to keep it from leaking all over the table it sits on.  Well, it rained last night and then froze.  The pie plate is full!  But the nectar is still fluid.