May Avatar: Not Just Veggies! (click this)
Welcome to the Official SFG Forum
!!! Happy Gardening in 2020 !!!
Search
Latest topics
» 2020 SFG Adventures in Hampstead, NC
by sanderson Today at 5:37 am

» Newbie SFGer in N. Virginia needing some advice
by novablue Yesterday at 7:29 pm

» A couple of recipes for when the tomatoes show up ;-)
by Scorpio Rising Yesterday at 9:35 am

Just wanted to show off these monster eggplant plants. I've had a continous supply from them but they have decided to explode these past two weeks. They have smothered the okra plants behind them and completely shaded out some shallots i had in front of them. For the past two months I have eaten eggplant in every imaginable way. My favorite so far has been moussaka. if you have never cooked it before...DO IT! It's amazing.

The plant is peppered with flowers and I'm going to try to pollinate all of them. If within two weeks they don't set an insane amount of eggplants i'm going to have to trim them because they are imposing on other boxes now. I initially planted only a row of four plants on the third row of a 4X4. It turns out these beauties need a whole box for themselves:shock: .

Hope everyone else is fairing well. We have had the worst drough in houston on record. Gonna go outside and obssessively count all the flowers that are currently open, flick them with a brush, and do a rain dance. 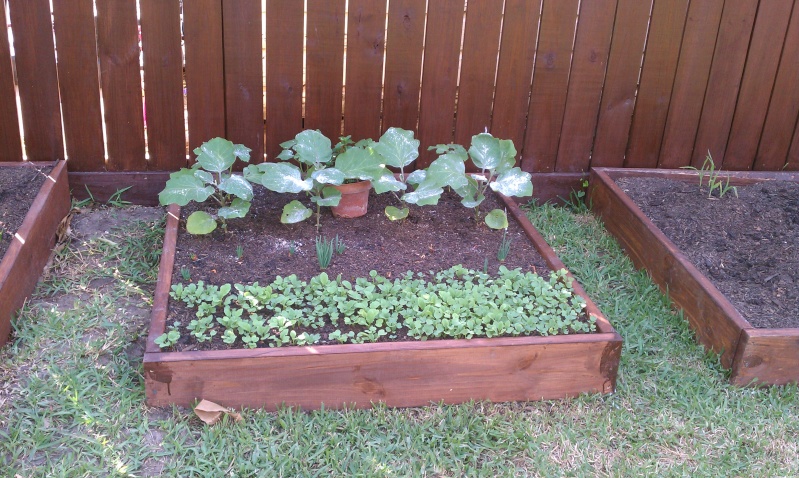 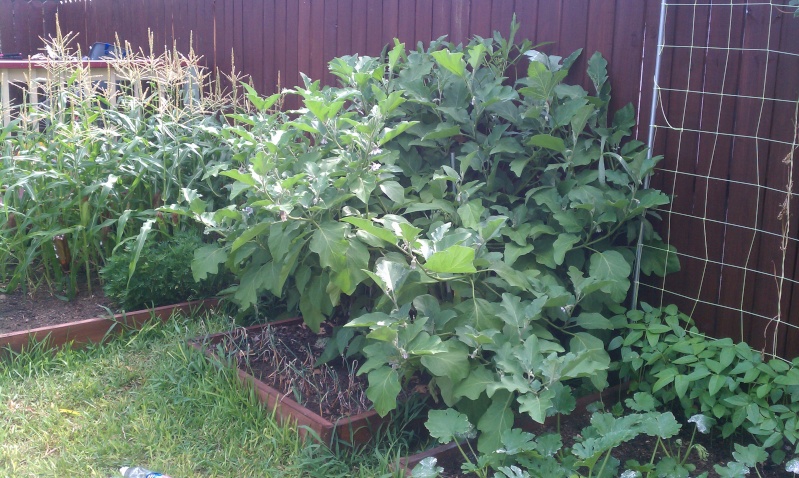