Well, my tomato plants were doing well considering the intense heat of summer. Then I went away for 1 1/2 weeks and came back to tomatoes that were cracked/split! This past Sunday apparently we got 4 or more inches of rain. Is it the rain that possibly caused it?

Anyway I do have more green tomatoes that are looking good.

Dunkinjean wrote:Well, my tomato plants were doing well considering the intense heat of summer. Then I went away for 1 1/2 weeks and came back to tomatoes that were cracked/split! This past Sunday apparently we got 4 or more inches of rain. Is it the rain that possibly caused it?

Anyway I do have more green tomatoes that are looking good.

Well, some of my sungolds started splitting - I'd never seen that before in the sungold, so maybe the weather did affect yours and mine. That rain was fierce! 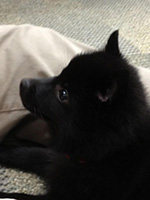 I know it's not Tuesday, but I just had to say... my biggest brandywine is starting to blush! I'm so excited!

Woo! Well, five days later, and I decided to pick the brandwine that started to ripen last Thursday. The sweet 100 cherries are doing awesome. I get at least 5 a day off of two plants, and I'm using them constantly. The plants are well over 6 feet tall now. They ran out of trellis to climb on about a month ago, lol.

I'm not sure about the brandywine though. In real life, it's very pink/orange with lots of green still, but it's soft to the touch. It's funny though, the picture I took of it makes it look a lot like the picture on the seed packet. And although it just says they're brandywine tomatoes, the back says they ripen to pink. I thought only pink brandywines were pink.

Here's a picture of the top. This picture looks just like the seed packet, but in real life it's much less red and much more pink and orange streaked with green. 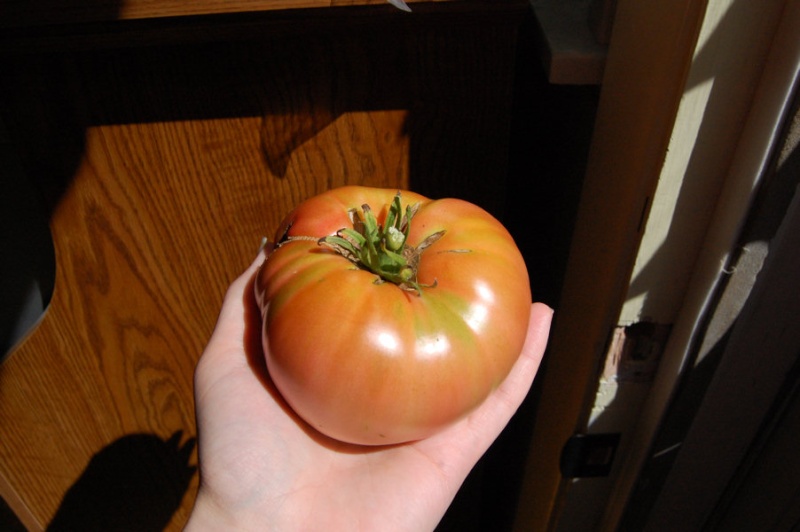 The bottom of the tomato is still mostly green though. 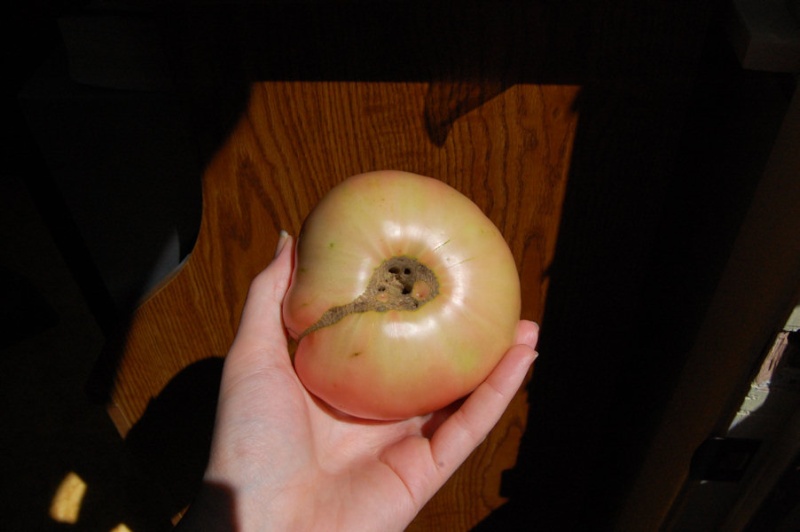 Here's a side shot, showing red on top and green on bottom: 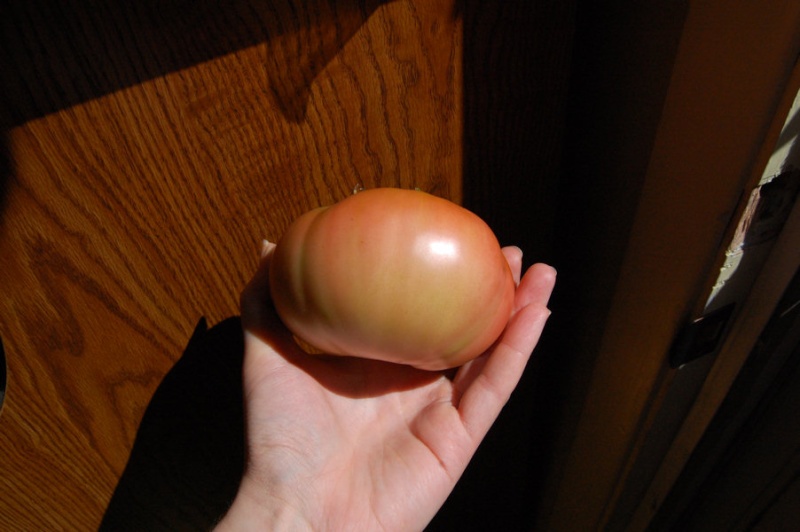 I wouldn't have picked it, but it was starting to get very soft. It didn't pop off the vine like I'm used to tomatoes doing, though. The vine had to be broken before it would come off.

I just walked outside for my morning walk around the garden and was annoyed to find that two nicely ripening tomatoes were gone. They're the larger ones in the left-hand side of this picture just starting to blush (the picture was taken yesterday): 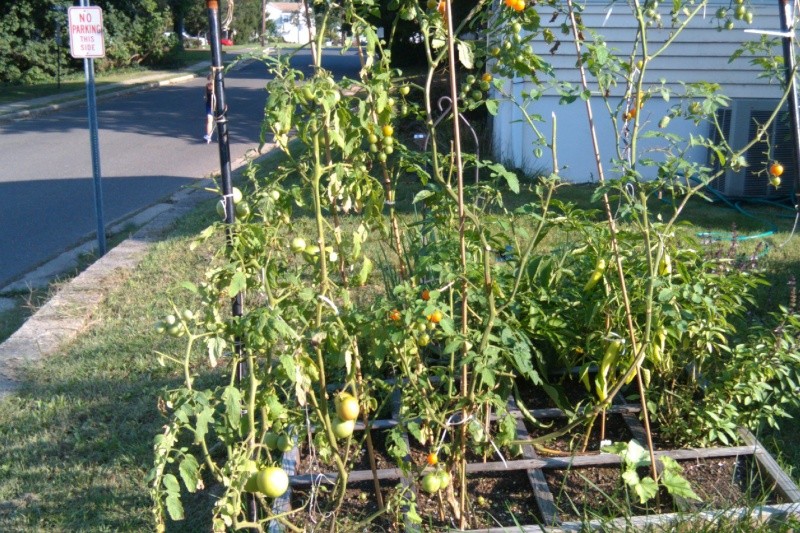 How frustrating! These tomatoes have been very slow ripening, so I've only gotten a couple of them so far. I can't make up my mind if it was a human or an animal that took them. These tomatoes are very close to the street, and there are plenty of over very ripe tomatoes around, which makes me think it was done deliberately.

Anyway, here are a couple more tomato pictures. My trellis netting was all jumbled up with broken branches after the hurricane, so I had to improvise a bunch of plastic ties and stakes to keep the remaining branches up. Then, with all the rain, I had some very unhappy (i.e., moldy) leaves all over the place. But I think I've gotten most of the bad branches, and what remains seems relatively healthy. Is there a point at which I should do something to shock the plant into ripening what's already there and not producing any more tomatoes?

I was able to take the above potted plants inside to avoid Irene. For some reason, the Ramapos just haven't done very well - they're not setting a lot of fruit, unlike the other plants. 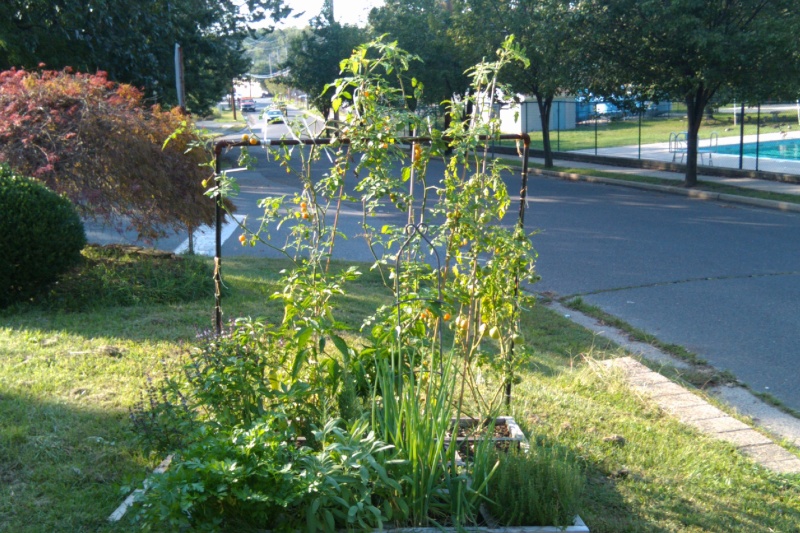 In the background, the remnants of my two vining tomato plants: a sungold and a moreton.