I was aware of SFG when the original book came out. I had just moved back to the US from Europe, and when we got a bit of space in the country I made raised beds, collected manure from a neighboring farmer and had a pretty decent garden, including our first 'all-garden' meal in May of that year. Couldn't imagiine a traditional garden - the soil there (Oregon foothills) yielded a perfectly clean chunk of gray clay the size of a soccer ball - could have thrown it on a potter's wheel.

My gardening efforts in different places since have been spotty, and I finally figured out why. This year I promised myself I would have a good garden - for the first time since the advent of the World Wide Web.

We spent a few years in the highlands of Mexico, where I got inspired by a nearby commercial tomato growing operation my neighbor worked at, and a nearby commercial composting operation - surprisingly scientific. I collected veggie scraps and fish carcasses and made some fabulous compost. I also built a circular stone garden after reading about how successful they were in Africa. I finally dismantled it, which tells all you need to know about that story.

Last spring (it's now fall here in Uruguay) I built four 1x2 meter raised beds, and filled them with dirt I had brought in. (I'd like to say 'topsoil' but dirt is a better description.) Inland the soil is rich; where we live, six blocks from the beach, everything is sand. I tried composting kitchen scraps and debris in a barrel, which ended up a horror show. I'm getting ready to do it right, borrowing a couple square meters of the empty lot next to us.

The dirt in my raised beds ended up predictably rock hard and full of weeds, but with cooler weather coming and eggplants and tomatoes still growing, I built a greenhouse over two of the beds to see what I could keep going. We only occasionally get frost here, and the microclimate of our walled back yard is not particularly susceptible.

Now I'm revisiting the official SFG method, and realize how, over the years, I've actually checked it out and resisted because of having to get special ingredients for the mix. Vermiculite seems like a challenge here (insulation for a house? Never heard of it!), but I'll be prowling around to see what I can come up with. There is no shortage of nurseries around. My first web inquiry led to a local marijuana grower's forum (it is, or is proposed to become, legal to have 8 marijuana plants per household in Uruguay).

I hope this forum will help me stay motivated to 'do it right,' which tends to run against my grain. Hopefully, I can find something useful to contribute as well.

I also hope to educate one local agro guy, who seems to feel that organic will not feed the world...not clear if he's advocating the genocidal farming practices of Monsanto, which is making inroads here despite GM crops being against the law. He doesn't seem like the type, but who knows? If you know of SFG resources - even an overview - in Spanish I could print out for him I'd appreciate knowing.

Welcome priehl! I can't wait to see how well this system works for you! Best wishes and keep us posted!

But I bet it is functional.

Welcome priehl! Wow, you've lived in a lot of places, that is so cool. I really like your green house.

The soil in my yard is actually clay. I've planted a garden in it and with the help of fertilizer, I've had things grow. I've never amended the soil as that seemed like too much work. This way of gardening-SFG- is new to me, but I like it.

I had a hard time getting my head around vermiculite, until I read more about it. It is a mined natural rock and is heated till it expands. There is a mine in Brazil, but I don't know if that is helpful to you or not. You could also use perlite, if you could find that. I hate that stuff. I bought a bag and had to return it. Unopened, it caused me to sneeze so much, I didn't think I'd stop. I was even sneezing the follow day from it.

That is interesting about Uruguay possibly making it legal for a household to have 8 pot plants. I wonder if they will also tax it. Uruguay may become the new Netherlands.

I'm sorry, I can't help with the Spanish web site. You may have to lead by example.
Have you ever watched Food Inc or the Future of Food? I don't know if you can find that in Spanish, but especially Food Inc. may give him some thing to think about.

Looking forward to hearing from you again! 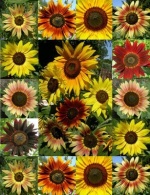 @stripesmom wrote:Welcome priehl! Wow, you've lived in a lot of places, that is so cool. I really like your green house.

Thanks. I didn't mention Germany, England, and Malta as well, nor Oregon, North Carolina and Washington state - entirely too much moving ;-) So far Uruguay is my favorite.

@stripesmom wrote:You could also use perlite, if you could find that.

From what I've read, perlite's not a good substitute for vermiculite because it's not absorbent. And you make it sound pretty horrible already.

I do have a copy of Food Inc but have never watched it all the way through. I'll look for the other.

One nice thing about the greenhouse structure - it allows me to support plants from above. Very impressive the way they did it at the commercial place in Mexico - thousands of plants maybe a foot apart, growing only up to a height of 3 meters or so. My attempt is clumsy by comparison, but ...

... the eggplants are happy, as are the hot chilis (below) on a plant I thought was a goner. I had tomatoes planted way too close together, and when I finally pulled some of them, I discovered this monster, so I strung it up and it's producing a little.

Since I mistakenly bought twice the plastic I thought I needed, I'm going to add a second of plastic layer inside to trap air for insulation.

You can see my dilemma - I'm not starting from scratch (and I'm not terribly organized). I think I'll get peat moss and start mixing it into the dirt, then add compost as I can, and grid it into squares as I get the space and maybe qualify as an official SFG'r.

You can see the other dilemma lower right - my son's seedlings that might as well be screaming, hey, you can always get food at the supermarket!

Wow, you've really gotten around. Perlite isn't as good from what I've read. Did I mention I hate the stuff, lol? When I was mixing my MM, I started to run out of vermiculite. For the last box, I added more peat moss.

Food Inc is kind of long, but a real eye opener for me. They keep opening up new plants here in Iowa doing research with biotech. It's all kind of swept under the rug, mentioned briefly on the news as a wonderful new job source.

Your greenhouse is sweet.

But Mel recommends using straight compost if the non-nutrient ingredients are not available because that is where all the food the plant needs is located.

But Mel recommends using straight compost if the non-nutrient ingredients are not available because that is where all the food the plant needs is located.

Translated, packaged compost (without even knowing what from) costs almost three times as much as peat moss.

I have not got my own Compost 2.0 up and running yet, but plan to shortly - still, it will be months before I have my own compost.

So for now straight compost does not present a viable alternative. I'll keep looking, though.


Are you kidding? It's GORGEOUS! I would LOVE to have a greenhouse like that!

@priehl wrote:Are you kidding? It's GORGEOUS! I would LOVE to have a greenhouse like that!

Well, OK thanks, it looks nice. Now. What's not pretty about it is my choice to make it of wood (since plastic tends to be expensive here). After I got it all put together, I noticed that all the condensation inside ends up dripping down into the wood. I expect by September it will be a rotting mess. We shall see!

I live on the Southern Coast of Oregon, where the "soil" is sand and clay (think concrete or cement). Used to live in the Willamette Valley of Oregon,came by way of Omaha, NE from Virginia and DC. Mel's Mix is a great medium to use for your plants.

I found the best price on vermiculite at a store whose main customers are those growing illegal products in our area.

I understand your problem with getting compost when the price is so high relative to the peat moss, but you will get best results if you can obtain a blend of 5 types of compost for your gardens, as compost is their sole source of nutrition. Peat and topsoil do not provide the nutrients your plants need for optimum growth and production. Hope you get your compost pile or container going soon. If you had a sloppy mess, perhaps you need a few more dry browns in your ingredients.

That said, the eggplant looks gorgeous.

I also love your greenhouse. Perhaps a little more ventilation to help with the condensation. If you will remember the climate in OR, specifically on the coast, our OSU Extension service tells us not to even bother with eggplants and peppers. We just don't have enough heat.

But I try because I am sure that one year, we are going to have a warm summer, why not this year?

Please keep us posted on your progress, and thanks for the pictures, we love them.

Thanks for your advice!

Both sides of the greenhouse open, and the top of the door is quite close to the peak, though I *should* have a vent at the very top, I know.

I know what you mean about the Oregon coastal climate. I spent one summer on an island off the coast of Nove Scotia helping someone build a log cabin. Makes Oregon look positively balmy; growing season there is something between 18 and 24 minutes ;-)

priehl, the Spanish version of the book is called "El huerto del pie cuadrado". You can find it here. Mind you, it looks like the translation is not good ("Quadrado"? "Cuadradro"?), and it seems like it's based on the old version. Looks like there is a video too here.

Other sources: a PDF. An article in the Univision website. 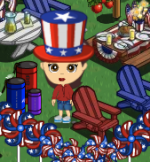 That greenhouse is awesome!!

Do you have a farmer nearby where you can get manure from? Chicken, sheep, cow, alpaca, etc? Anything that eats grass but not meat is usually fine. Adding that to your compost will help it heat up and compost faster.