» What can I use for the compost in Mel's mix...having trouble sourcing it.
by bvarbel Yesterday at 8:29 pm

Quickly to tie this in with gardening.....have you guys ever noticed the elaborate landscaping and gardening in amusement parks? Phew, that's done. Now.....

FarmerValerie was mentioning she likes wooden coasters. I know she isn't alone.

Throughout the Midwest, there are a lot of amusement parks. Which is your favorite, what's the wooden coaster like, and WHY is it your fave??

Yeah, I don't do roller coasters.

They do landscape these beautifully don't they, and oh how they tend them, makes me want to thrash those who discard their trash in those beds. I say strap them to the front of the nearest ride.

I'm torn, I grew up in central IL, so the Screaming Eagle at Six Flaggs over St Louis will always remain a favorite for sentimental reasons (the same reason the lights should have never gone on in Wriggly-jab). As far as indoor ones, Old Chicago had a pretty good one, but it's been so long I cannot remember if it was wooden, I think it was. The Texas Giant is next after the Screaming Eagle, but alas this year they added some metal parts around the track so I'm not sure if it is a true wooden roller coaster any more. That one is at Six Flaggs over Texas. However they also added some Longhorn horns to the front, oh how I've always wanted an old Cadillac with horns mounted on it. SFOTX used to have another one, I only rode it once, not long after I was there they took it down, too many accidents, that one was pretty cool too.

i grew up 30 minutes from cedar point been there a total of 4 times my entire life, last time was 2004 with a chat room group for a weekend bash/gettogather. last time i rode a coaster was the late 80's. the only true wooden one they had has been gone for a long time.

Boog1, Cedar Point still has the Blue Streak (wooden, 1964), the Mean Streak (all wooden), and the mine ride and Gemini (wooden with steel track). I like the Mean Streak, but it doesn't hold a candle to the Beast at Kings Island in Cincinnati (from which I now live about 5 miles away)

I think the beast at Kings Island and their other wooden one they used to have, adventure something, are the only wooden coasters I've ever been on, at least "real" ones. There is a private mini-amusement park outside Cincy called Strickers Grove that has 2 small wooden coasters. One is more for kids and the other is pretty big unless you compare it to the beast. But that thing scares the crap out of me as an adult!

I'd rather go on the Beast any day. Why ride a metal coaster with nice smooth rails and awesome loops, when you can board a decades old, rickety bumpy wooden coaster with no loops!? Don't ask me but somehow, I always end up in that line. I'm too old for the stupid loops anyway...

I knew you guys could come through!!

I only know of 6 Flags here in STL. However, if you enthusiasts make it here, The Screaming Eagle is still here...and great. They have built another, though, The Boss. I hear great things about it, but have yet to try it. I am working on my daughter, who rode Batman Forever last year for the first time! Batman, here, is one of the foot-danglers that goes through the inverted loops and corkscrews. I was so proud...she was the first of her school aged friends to do it.

Maybe we do The Boss this summer?

I love the foot danglers! 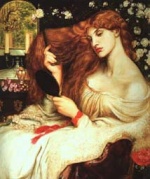 Bumpy, jiggly, jerky, wooden ones. I will admit I do love the speed and thrill of the metal ones, but I always go back for more of the wooden ones, kinda like which bat to use, duh-those alluminum ones don't crack right when they hit the ball.

@FarmerValerie wrote:Bumpy, jiggly, jerky, wooden ones. I will admit I do love the speed and thrill of the metal ones, but I always go back for more of the wooden ones, kinda like which bat to use, duh-those alluminum ones don't crack right when they hit the ball.


Awesome analogy! Some of us guys in the Church League switched our softball league from aluminum to wooden bats a couple of years ago. I have to admit, it's much more fun! No more 18-15 games where you bat around every inning. No more turn and sprint after the ball in the outfield just to hold the guy to a triple. No more pitchers getting killed.

Instead, we now actually have to play defense, hit the cutoff man, and hit the ball the other way. I invented a swinging bunt I now use (I invented it because I couldn't hit consistently any other way...lol). I put a "chop" swing on the ball and mash it right into the ground, killing it. I have a free stroll to first most times. But, now that the defense has to respect that little move, I occasionally can hit the ball over their heads as they creep way in. I actually hit 4 triples and 1 home run last year because of the "mental game." This can't happen with aluminum bats.

Not to mention the craftsmanship that goes into some of them, not all, but some of them are still hand crafted, and lovinly made. The crack of the bat is like the announcing of spring, well to me anyway. Now, if we could just get a Windy City Series.......... (When that happens the Mississippi River will dry up too and we know the odds on that one)

It's that SOUND! You just don't get it with the aluminum bats.

And sadly, no wooden roller coasters in my area, even when I was a kid. I have read so much about them and would love to try them. I love roller coasters. Still the best ride ever.

Well, you'll just have to drop in for a visit sometime, now won't you?

I will watch anyone play baseball anywhere at anytime but I can't stand the sound of aluminum bats!!

As for wooden coasters - it's the smell! Cedar Point has (had?) the Mine Ride and it smelled like a wooden coaster should. But as other Cinci girls have said - The Beast is my favorite. Last summer I lost my sunglasses on it and got the biggest bruise of my life on my arm from it and had the most amazing time! I also love the Blue Streak at Cedar Point. I made my dad go on it with me last summer and boy is it showing its age, but it was the first coaster I ever rode, so it will always be a favotie. My 7-year-old also loves roller coasters but she is still too short to ride the grown-up ones. I can't wait to have a riding buddy!