February Avatar: Time to Wake Up!!
Welcome to the Official SFG Forum
!!! Happy Gardening in 2022 !!!
Search
Latest topics
» Soaking Seeds for Better Germination
by OhioGardener Today at 7:41 am

We have been getting ice/sleet/snow mixtures in my neck of the woods. We are supposed to change over to snow soon and get 10-16". Those of you in the NE US and Canada are used to this stuff; however, we are not. As long as we don't get the ice predicted to fall south of here, I'm ok with a whopper. I have never seen an official blizzard before.

Here are a couple of initial shots of my corner of earth. Hopefully, Ander and people down that way, aren't getting the brunt of ice. Those of you in more rural areas have a time when the power goes out. I wouldn't wish that on my enemies. 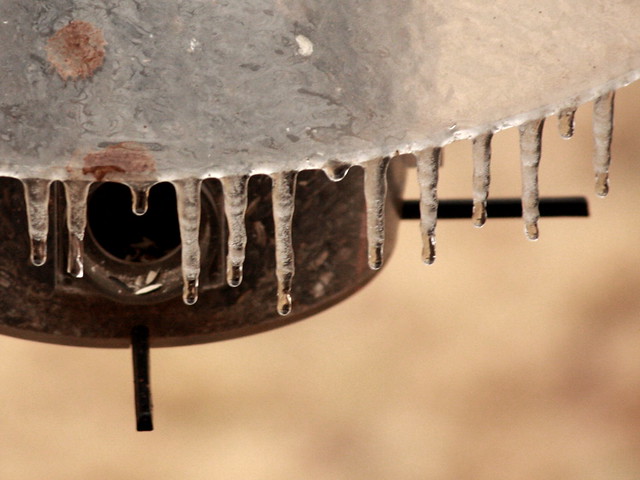 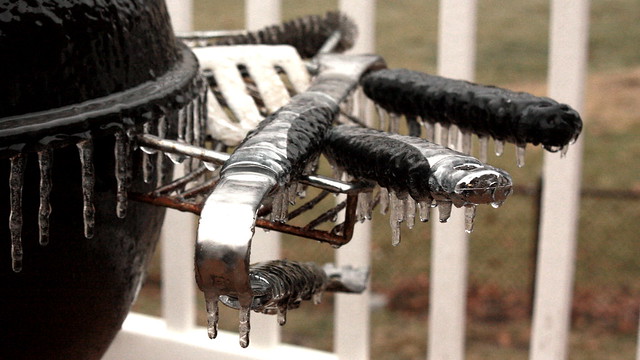 And, if you follow my blog, you know how much I hate The Grackle Gang and their buddies, The Cowbird Clan and The Starling Syndicate. Those birds have a special place in Hades. But, here they are before the storm started. (Funny how if you just pay attention to nature, you can predict weather happening, too.) 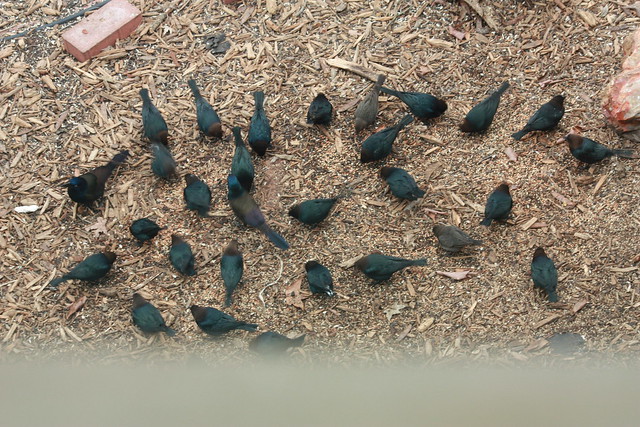 I hope all of you in the affected areas keep your power on throughout.

This is a FABULOUS shot!! Hang in there!

I agree with Camp - loved your photos. (Wow, that's a lot of cowbirds, too. We get a couple at our feeders, usually closer to spring. I can't stand the interlopers, pushing their eggs off onto other birds' nests and then their babies steal food from the unsuspecting mother's offspring.) The blackbirds have gotten bad here, also, but we haven't seen too many starlings this winter.

It appears we are winning the luck of the draw regarding the weather this time, Chip. I think the brunt of the ice will be between you and me. It seems to be following that usual I-44 ice belt. I still shudder when I remember the huge ice storm here a few years ago that snapped those huge double power poles right off as though they were toothpicks. It was weeks and weeks before some people had power restored. We were lucky and only went without it a couple of days. I wish you luck with this one, too.

Wonderful photos, BackYardBirdGardner. I can appreciate the beauty of the ice coated feeders and grill, but I
Hate Ice Storms

Had to put up with them in Northern VA and Omaha, NE and even in the Willamette and Umpqua Valley in Oregon.

Fortunately, we do not have this problem on the Oregon Coast. Don't know how we got so lucky. We have already had 10 straight days, mostly

My son and I loved your pictures. I hope you guys don't get slammed. I'm from Michigan and live in Virginia now, so I know what it's like to live someplace where they don't have the equipment to deal with ice and snow.

So far in my part of Maine there's been no ice.

Today we're getting 4" more snow (its snowing now) and then tomorrow we should get slammed with 14-18" more of the white stuff. 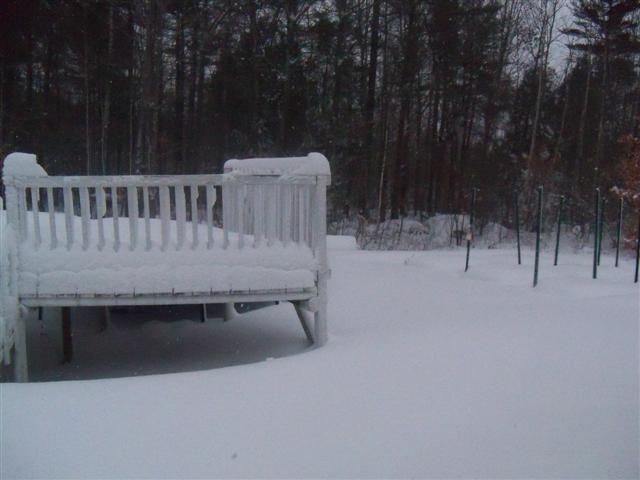 My SFG is already under snow. See the green poles for vining things?

Our power outages are caused by tree limbs getting top-heavy with snow and breaking, crashing thru power lines as they fall. Lots of that happening around here in a big storm.

I've got flashlights, candles, batteries, several bottles of drinking water, buckets of water to flush (we're on a well) and lots of quilts if the heating goes off and plenty of bread and peanut butter and lots of dog food ready. Like a Girl Scout, I'm always prepared.

Thanks for the compliments, guys. Photography is a passion of mine, too. (Short story warning)...

I remember seeing a camera with a fancy lens on it and wondering, "that looks cool. I bet I can do that." So, I pursued it.

My dad runs a small town newspaper. I asked him when I was about 20 how would I go about learning photography. He said, "Come down to the paper tomorrow and I'll introduce you to Brett." (the photographer)

Well, Brett apparently didn't have the time nor inclination to deal with the nepotism and the "Boss' son" poking around. So, he said hello politely and shoved a textbook in my hands. He said, "Come back when you've read it, and maybe we'll talk."

48 hours later, I'm back. He looks disbelievingly and starts quizzing me. After the first couple questions, I reveal my arrogant personality and say, "Hey, I know you think I'm just goofing here, but my dad doesn't want me to have anything to do with the family business...never has. I had to practially beg him to get me in front of you. I read your damned book and your questions about it are frankly insulting me. You gonna help me or do I need to go find this out on my own?"

To my surprise, instead of kicking me out of his office, he said he was just quizzing me to make sure I actually read the book. And, that he had every intention of helping me so long as I proved I was interested enough to read a boring textbook about cameras.

From that point on we were great friends. And, after he left the paper....upon my encouragement....my dad had to hire me as the photographer because I was his only option....lol. He didn't like that I drove his photog on to bigger and better places, but that guy had serious talent and I couldn't see him cooped up in a small town earning 17k when he could do better.

Sorry, I love telling that story.

That said, we dodged a bullet and got sleet.....lots of sleet. Got a couple inches of snow on the back side, but mostly sleet. And, sleet apparently doesn't push well with a plow....lol. Ander, I'm glad you were also dodged. And, I will NEVER forget the sounds of limbs cracking around me in the darkness in 2006. I never knew which branch was going to take out my house with me in it. That has to be the closest to surviving a WWII bombing I will ever get.....emotionally.

And, quiltbea, wow. If we got that kind of snow, our city would shut itself down. As it was, they called in the National Guard to prepare for power outages.....albeit unnecessarily....thank God.

Hopefully, we'll get some more pictures up soon. I love seeing everyone's, too. It's very pretty around here right now. But, this has been an unusually snowy winter for us locally.

Well, we are going to hold you to it because we all love pictures of everyone's SFG. I always find them inspiring.

When I get warmed up, you'll see pictures. Trust me there. Remember, I am starting from scratchola this year because of a move. I have lots of projects to do.....and lots of pictures to take. Wheeeeeeeeeee!

Backyard.....Ooooh, I love pictures. I can't wait to see how you're doing at this new place.

Here are a few more shots of our ice storm/weather. I got out today to wander aimlessly for about two hours.......so therapeutic. 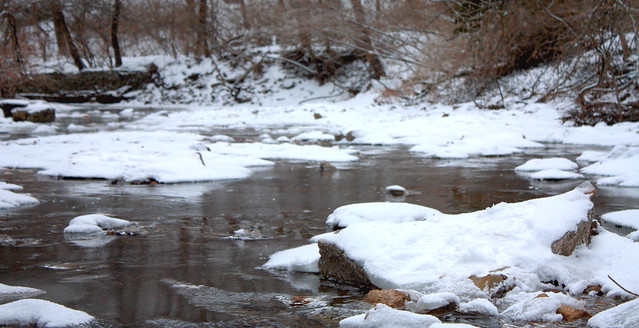 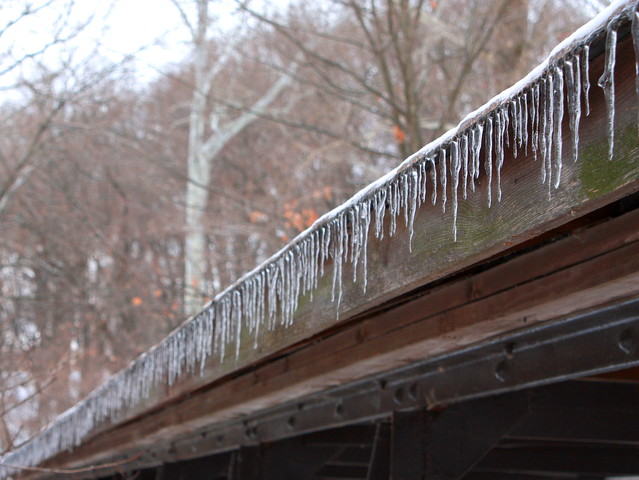 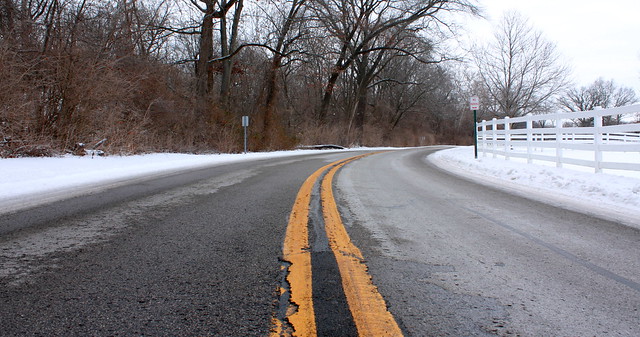 I also live a short walk away from Grant's Farm....home of the Budweiser Clydesdales. A couple of them were close to the fence today for me to get right in there tight and take some close-ups. These were less than 3 feet away from their noses. I had to pay attention because the horses were not only HUGE but very curious. 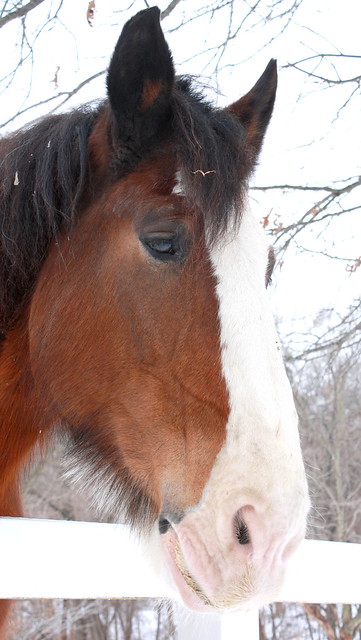 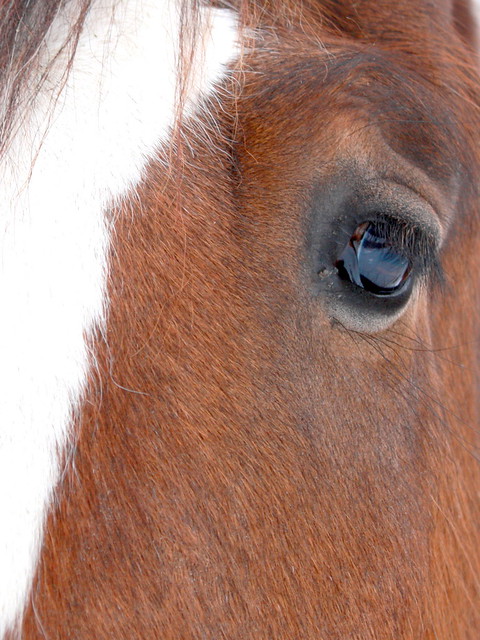 Now, back to the gardening chatter.

Beautiful. I love the icicle from the eaves/roof. I think you might have finally inspired me to bust out my camera and get back to taking my at least one photo per day.

I showed my daughter the pictures of the horses, she loved them, she loves horses. Thanks for sharing, Clydesdales are my personal favorite.

Is there any other kind of horse?

I can't stop...lol. This morning my phone rang at 4am....it had snowed again by surprise this time. Well, some of us knew it might, but the tv men underestimated how much. Their "dusting" turned into 3 inches. And, that catches the street crews sleeping every time. So, today's pics are better, imo. 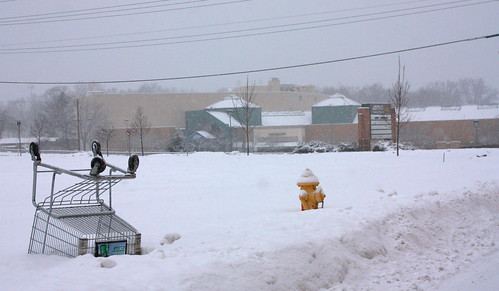 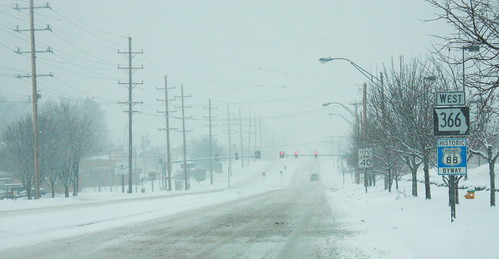 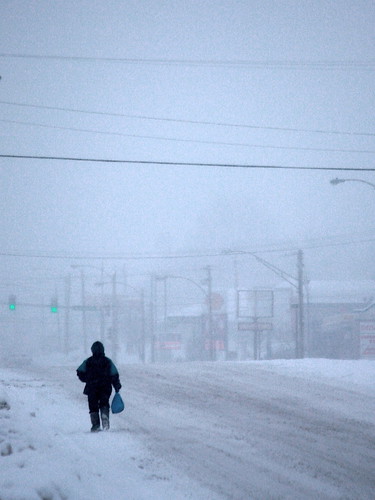 The last one is more indicative of what I used to shoot. It's the photojournalist in me. Hard to erradicate....like crabgrass...lol.

Similar topics
» baby lettuce and baby spinach experiment.
» A new baby....
» Beginning to look like garden season
» I have a baby!!!
» Oh Baby it's getting HOT Outside