I had about a half package of onion seeds that were left over after I started my onion seedlings indoors earlier in the spring, and I didn't want to keep them since onion seeds from a previous year don't have a good germination rate the following year. So, I decided to sow them on an unused section of one of the raised beds.  I just broadcast them on top of the soil, and then covered them with about 1/8" of medium Vermiculite and watered them.  Ten days later, it appears that every one of the seeds germinated! They are hard to see in the picture, but I placed some arrows pointing to some of the seedlings. There were probably 200 or so seeds left in the packet, and it appears that I have at least that many new seedlings in that 4'x4' section of the raised bed. Looks like we'll have lots of salad onions this year!

New onion seedlings, with some marked by arrows. Larger onions to the left are the seedlings I transplanted a month or so ago. 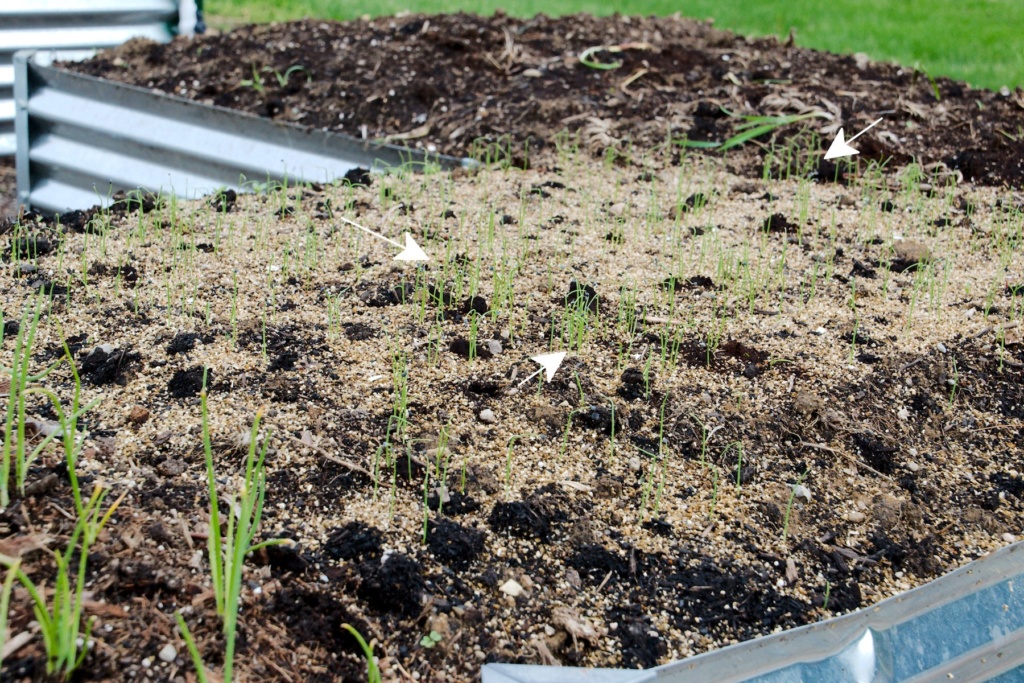 Ohioo Gardener, waste not, want not.

One might as well use the seeds and see what comes up.

Nice!  I am planting onions tonight after work, they are sets, I split a bunch with my friend...I have never grown them before.  Tried a couple years ago from seeds, and didn’t have good germination at all!  I love onions