We have the Cuisinart Toaster Air Fryer, and love it! When harvesting from the garden, the Air Fryer gets used almost every day.  Kale Chips, Roasted Brussels Sprouts, Sweet Potato Fries, and on and on and on....

Basically any vegetable can be cooked in the Air Fryer with the same technique: Preheat the air fryer at 350°F. Cube or slice about 1# of vegetables, toss with about 1 Tbsp of Olive Oil, and lightly salt & pepper.  Place the vegetables in the air fryer and cook at 350°F for 10 to 15 minutes, tossing once half way through.  They are delicious just the way they come out of the air fryer, or can be dipped in something such as Ranch Dressing.  A good combination is a zucchini, a yellow summer squash, and a carrot, all sliced, mixed, and air fried.

This is the Cuisinart Toaster Air Fryer 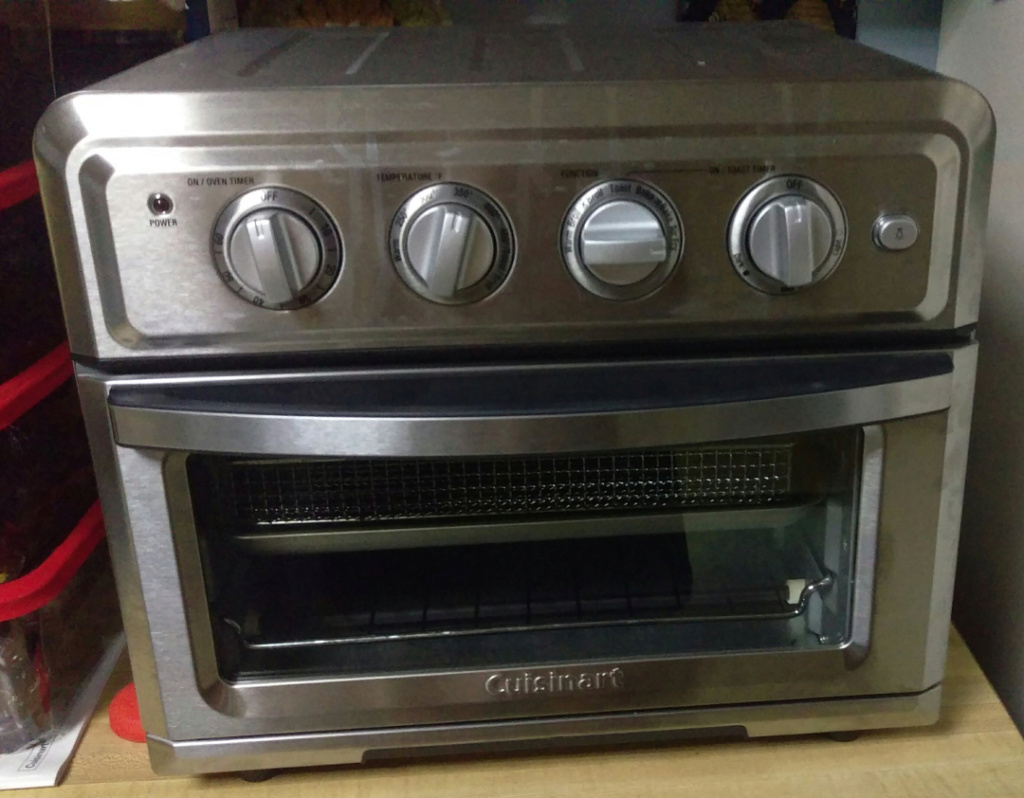 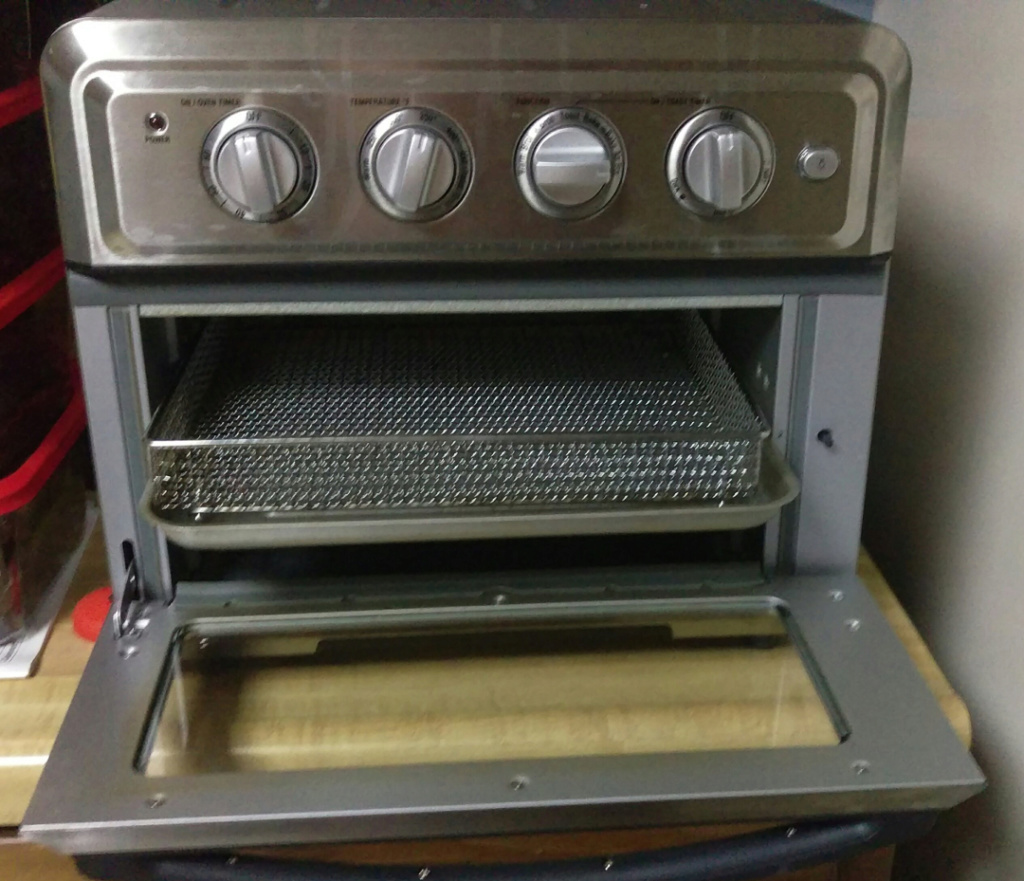 A little late, but all of a sudden someone would come in handy. My wife is obsessed with proper nutrition and always tries new recipes. Recently we bought air fryer and here is my favorite dish. Crispy Brussels sprouts.
Low-calorie and at the same time tasty recipe, only 15 minutes of time and a few ingredients:

2 cups brussels sprouts, preferably cut in half
1 tbsp olive oil (or maple syrup)
1 tbsp balsamic sauce
1/4 tablespoon sea ​​salt
vinegar
Place the cabbage in a bowl seasoned with butter or syrup, balsamic sauce, add a little vinegar to taste and salt. It is necessary to fry no more than ten minutes, at a temperature of 204 degrees. After five minutes, stir and check readiness, repeat after three minutes. It is important that the cabbage does not burn out and does not start to become covered in a black crust.

When I last posted in the thread things were looking like our 17 yr old daughter would be going to university to become a veterinary surgeon  .

Well Munchkin never went to university ..she fell to bits in confidence after being told time & time again by the snowflakes that being a veterinary surgeon is a very difficult course and all such other related horror stories and was heavily influenced by her first real adult (  ish )  boyfriend who dropped out of his studies and became a " Layabout "( polite word ).

She final woke up a month ago and binned him permanently .. She still may be able to re study after the Corona virus gets laid to rest .

So guess what .. We have been using her air fryer that we purchased for her expected five years at university  .  It is one of the best ways I've ever found for cooking inch and a quarter thick steaks , 3 min either side at a hot temperature  leaves lightly caramelised outers ,  steaks very soft tender and still with a bit of blood in them ……………absolutely delicious .

We have also resorted to doing 1/2 inch cubes of white potatoes ,  dry them on kitchen roll,  spray with One Cal spray  sprinkle with a little bit of salt & pepper than cook as fries giving a stir every four minutes . if you feel like it after the first turn over sprinkle them with your favourite seasoning  mixed with a small amount of any flour you choose to give them a gentle coating . ..keep an eye on them as they cook , turn over and don't let them burn .

We found for most  things  it's  best to pre -heat the machine to the required temp  & have the timer on say 1/2 an hour then instead of using the machines timer for a series of short busts  that we were better off using a small stand alone digital timer  for each short session & when it "pinged" ,  just opened up the fryer & gave things a stir & set it going after reset the battery operated timer .
It's given us better control and more consistent results than when we were trying to use the machines timer clock

I hope Munchkin can resume her path in life. Many a young woman has been derailed from goals by the wrong lad.