Thanks! Still looking forward to the eating part though, feels like I've barely had anything out of the garden yet! I'm getting a little anxious!

Side note, noticed a very small head on one of my broccolini. The recommendation for these varieties is to pick the main head as soon as it appears to harvest "abundant" side shoots. So I shall be harvesting that tiny thing haha

Noticed I did not have a recent picture of the broccolini. Here they are. It was the one in the front right that had started barely forming the main head, which o have since cut off and popped into my mouth. Ready for those abundant side shoots, idk how long I should expect to wait for them... is two weeks too hopeful? 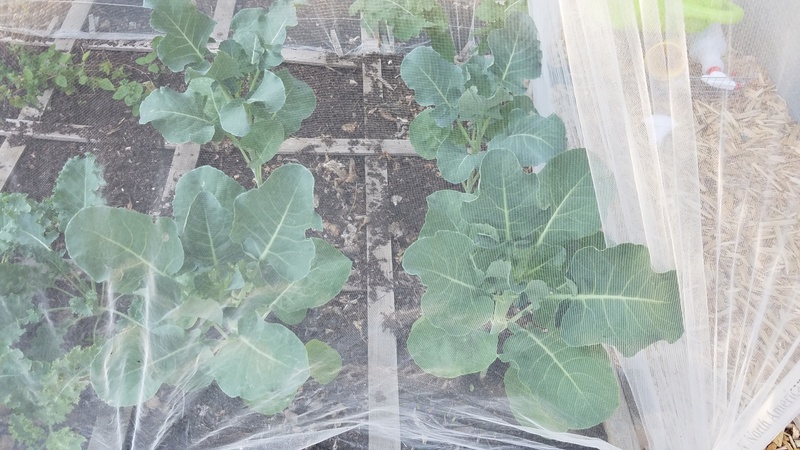 Pics from last night. We are about 8 weeks out from average first frost. I'm getting nervous about my delicata and cukes producing anything/ much

A. My squashes, the zucchini was harvested this morning, and the pattypan's first female flower is about to open! Still no sign of female flowers on the delicata as far as I can tell. Getting nervous for this one, and the one in the 4xr bed is way further behind. I'll let that one keep growing but I think it's hopeless at this point 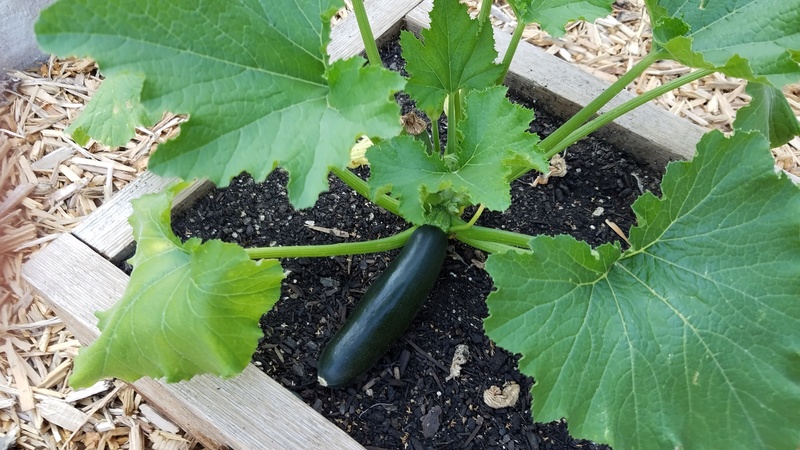 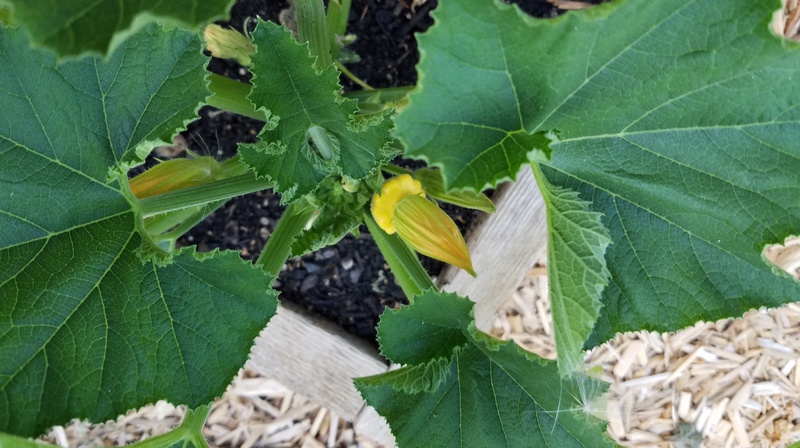 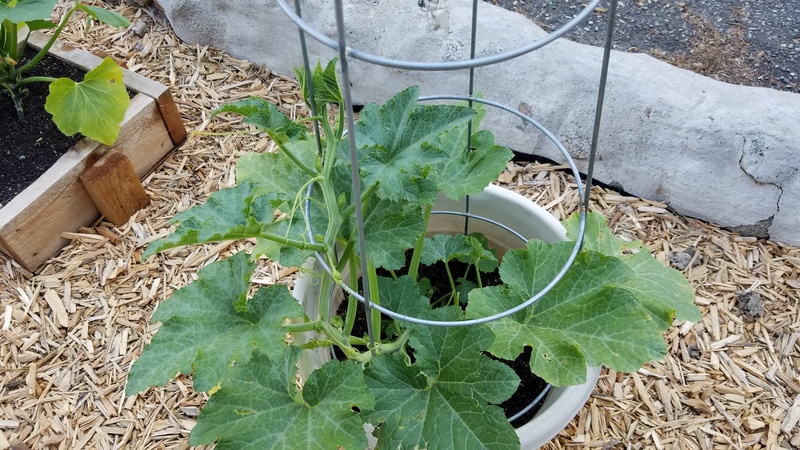 B. Cukes, looking healthy, but way behind other people in the area. But k did direct sow them behind my peas, so the late start was expected. A lot of people buy transplants around here. 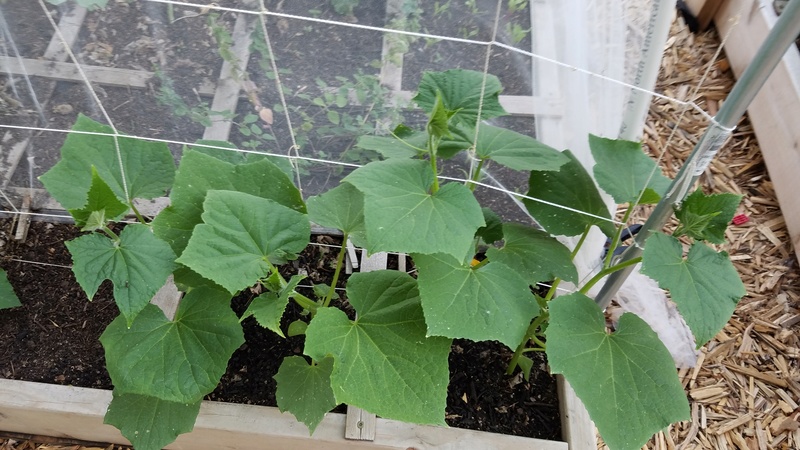 C. Tomatoes! The 3 ripe cherry tomatoes were harvested this morning. 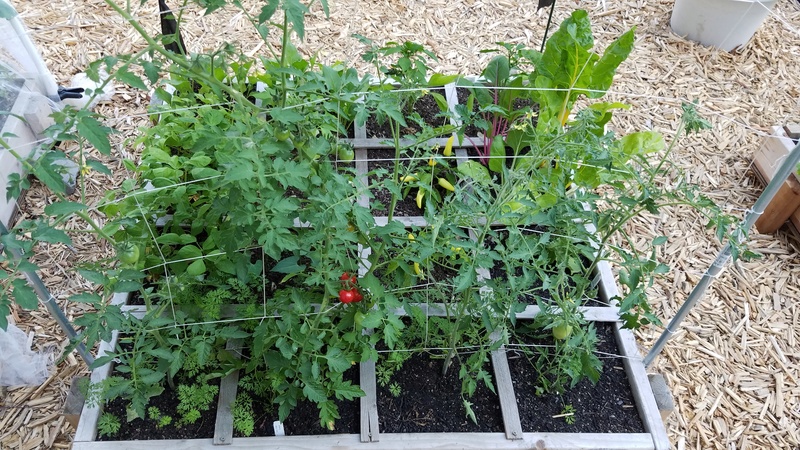 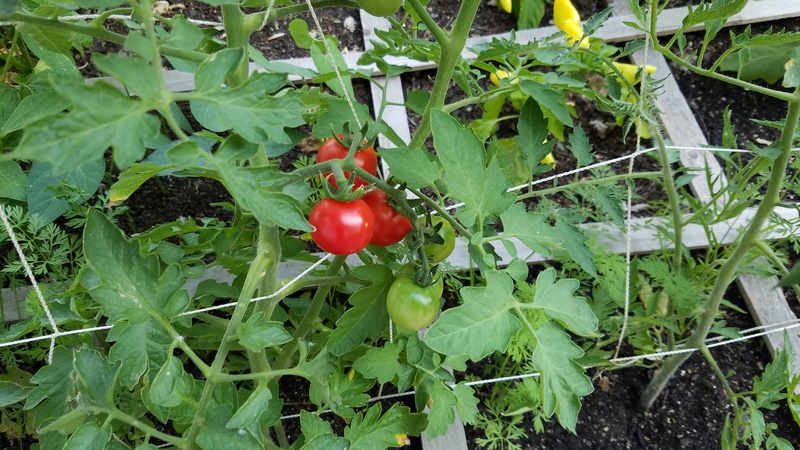 D. Hard to aee, but this broccolini is sending out side shoots after I harvested the main head last week. The other 3 plants haven't sent up a main head yet to snip off. 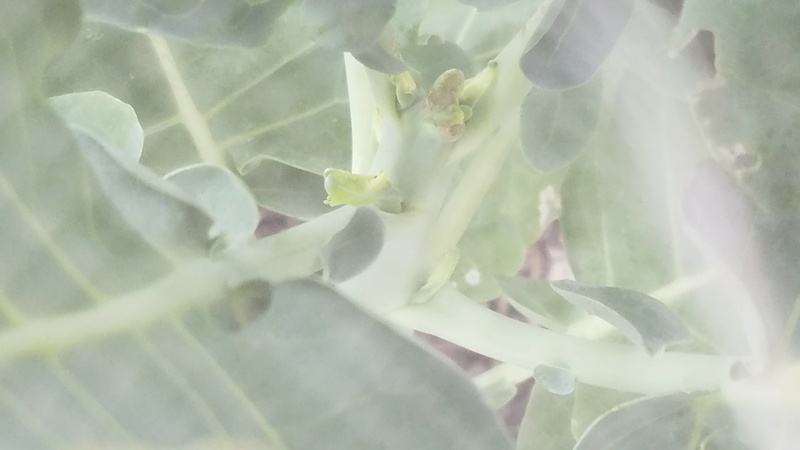 @Turan wrote:Looking good!
Don't despair yet on the Delicata, squash can surprise us with late fruits.

@Turan wrote:Looking good!
Don't despair yet on the Delicata, squash can surprise us with late fruits.

Got our first patty pan on Friday! We were leaving town for the weekend and I thought it would be too big by the time we got back. Haven't done anything with it yet, so it's still in the crisper... 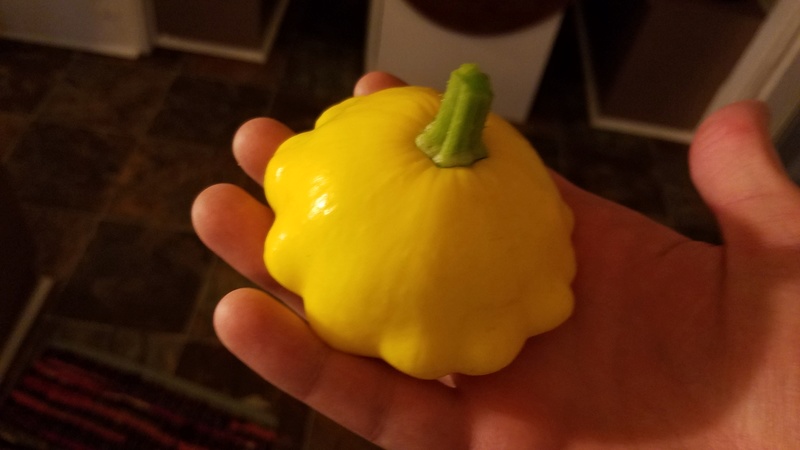 @Robbomb116 wrote:Got our first patty pan on Friday! We were leaving town for the weekend and I thought it would be too big by the time we got back. Haven't done anything with it yet, so it's still in the crisper...

I am still alive, but had gotten very busy with work as I had picked up a 3rd job. I am still fairly busy but will try to give an update on here. Might end up being a multi step/post update as I try to remember what has happened the last few months.

A lot of the things I planted were a little bit of a disappointment, but there were some successes as well. I think my MM was pretty nutrient deficient at the begging of the year and I took too long to notice it. Things finally started growing more with the addition of blood meal, liquid fish fertilizer and top dressings if compost. Unfortunately these remedies were for the most part too late to make a great harvest.

I now have a large garbage can full of homemade compost which I will be adding to my beds for next year. I am trying with the idea of making the beds 4inches supper by added a 2x4 on top of the 2x6. I would mix in enough compost to add about 2 inches of depth and then have 2 inches for a mulch as we get really hot in the summers. I think I might have been heavy on the peat moss despite my best intentions to not be. I feel safer being on the high side of compost, so my future beds might deviate from the MM formula slightly and go for 50% compost, 25% peat moss, 25% vermiculite. That way if it's not perfect and I mess up I shouldn't end up too high on peat moss or vermiculite.

Hey Rob!  Thanks for the update!  I am glad you had some success, and haven’t worked yourself to death!

As for the season, it was a mixed bag here as well.  My early stuff did great, peas, lettuces, turnips, radishes, carrots.

What worked for ya?

My biggest successes were probably carrots and kale. I have only recently learned I do in fact like sauteed kale, so I plan on planting more of it next year. The carrots did well, and were an extremely big hit with my 2 year old, who would pick some everytime she walked by the garden and demand we wash them for her. Parsnips also did well, and we are just now getting the fruits (roots?) of our labor for those. Cherry tomatoes did well as well, but not so much the other tomatoes. Swiss chard grew perfectly fine, but we must not like it as much as I thought cause we really only harvested it once, even though we could have used more of it. This is probably partially due the the major problem I found woth my garden in general, which is that I think I had TOO much variety for the small square footage I have. The problem with this was I never had enough of any vegetable being ready to harvest at the same time to use really as a side dish. I could pick a leaf from each of my 4 chard plants in the 1 square I planted, but 4 chard leaves isn't enough for a side really.

Same things with fairy tale eggplant, 1 to 3 small eggplants isn't enough to be useful besides throwing it in stir fry. If I wanted eggplant to be the star of a side dish I'd need 3x more.

So the big lesson I learned going forward is to plant less of a mixture of things for now, and get a usable harvest. One square here and there was fun to learn how to grow different things, but I'm going to try and focus more next year.

Same here. They grow and produce all year long, here.

Swiss chard grew perfectly fine, but we must not like it as much as I thought cause we really only harvested it once, even though we could have used more of it.

Same here. It tasted like dirt. BLAH! Never again. Even the rabbit wouldn't touch it.

So the big lesson I learned going forward is to plant less of a mixture of things for now, and get a usable harvest. One square here and there was fun to learn how to grow different things, but I'm going to try and focus more next year.

Same here. I like the patchwork quilt look of sfg however, so I will be planting a lot of checkerboards, with carrots every other square and different other root crops filling in between.

Honestly, I didn't mind the chard when we made it. We just for some reason never made it.

Well with this strange warm weather we had here for 2 weeks, I was able to take my trellises down and mix in some compost in all my bed.  I took the grids off for the winter to make that easier as well.

My plan is to add 2x4s to my beds to make them deeper.  That way so can mix in about 2 inches more of compost ad I think I was light on it before.  The additional 2 inches of height left will bebfor some mulch since our summers get so hot.

That last big set of news is I decided to order a drip irrigation kit that I will set up in the spring! =D

A dip irrigation system is nice for summer.

During the worst heat of summer, I have to water 3 times a day. Without my drip system, I couldn't have nearly this big a garden or I'd be watering all day for 3-4 months every year.

Lots of people don't realize how hot it gets here too.  Short growing season, but we usually have ~10 to 15 days a year over 100.  And usually 1 to 3 over 110 F. I was.definitrly not watering more than once a day during that heat and because of work, sometimes didn't even get that daily one in.  I think my plants next season will appreciate the drip irrigation!