If you have deer problems....

If you have deer problems....

Tried this the last 2 summers at my old house for 1 bed. Really worked for me.

Will it work against a herd? 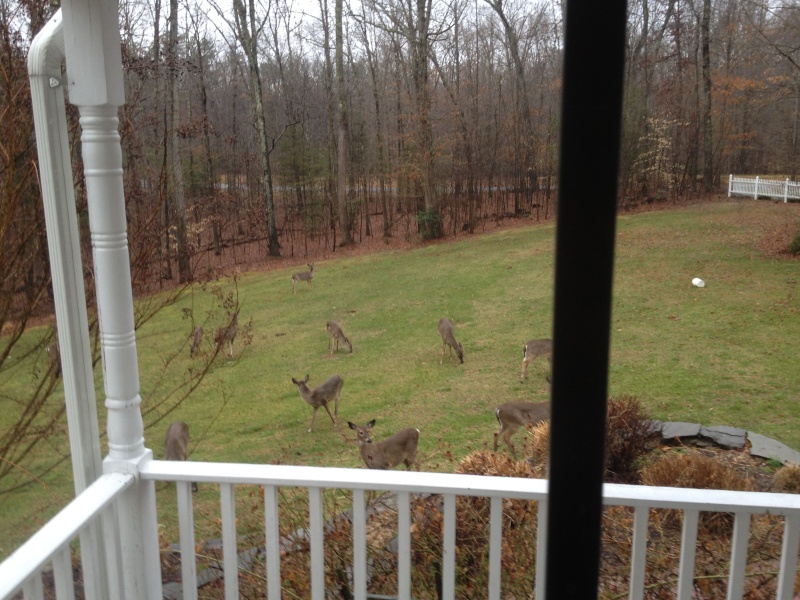 Here's another video and fishing line system that some friends have used with good success:
https://www.youtube.com/watch?v=nKWsyn9TgHE

@audrey.jeanne.roberts wrote:Here's another video and fishing line system that some friends have used with good success:
https://www.youtube.com/watch?v=nKWsyn9TgHE

very good. enjoyed it. Thanks.

The fishing line makes sense to me, me with zero deer around.

Deer in my area stop at nothing to get to veggies.  The broke down my mom's plastic deer fencing a couple years ago to get to her garden.  We had to put up a taller, stronger fence to keep the pests out.  They're VERY bad in my area, which is weird because I live in the city.  I've seen a doe just laying in the yard next to my garden several times this fall/winter, which is new.

I'm glad it's not quite that bad here.

Would you be better off setting up a corn/feeding post? Or would you just attract a bunch more deer?

@Scorpio Rising wrote:Would you be better off setting up a corn/feeding post?  Or would you just attract a bunch more deer?

Well, I'm not really sure, but then there are other "issues".  As you can see the deer's "path" is right through and around my yard i.e. they normally pass right by my gardens.  Sometimes I swear I think it's a deer's version of a buffet line.  Anyway, I thought maybe if I set up a "feeding station" further away from my yard it would encourage them to "move the line", but I think they simply like the grass in my yard as well, so all I'd be doing is adding another stop along the "buffet line".
However, we're also "blessed" with black bear as well on occasion.  Bear love bird seed, suet, and even corn.  A neighbor has a picture of a black bear just sitting at his "deer feeding" station munching away.  Apparently bear don't know it's for the deer or the birds only

So, the occasional bear doesn't bother my gardens, BUT I don't want to encourage bear near my house, so corn feeding is kinda out.
BUT, I have wondered if it would work.  Feed the deer corn and maybe they'd leave your gardens alone or at least bother them less and only come into the yard for grass.

It's not very scientific, but I have two gardens; one at my mom's and one at my house.  My mom keeps a bird feeder and I don't.  We live about two or three blocks away from each other.  And she gets a lot more deer activity than I do.  Take what you want from that!

A couple of years ago I had a chat with our local Penn State extension rep.
We discussed all of these deer prevention methods...What he told me is in agreement with my past experiences with deer.
What may deter them for a little while, will eventually fade away.
When deer perceive no threat from anything they eventually ignore it.
Smells, odors, fragrances, forget them all...They may not like it; however, a hungry deer is going to eat unless restricted by a mechanical means..FENCE

A human scent in the woods indicate a danger to deer..
Take that same scent when their in town, it's so prevalent they ignore it.
I sat in the dark one night, a bright light facing away from me. After a bit a nice buck came along and ate apples from an apple tree. He was 10 feet away from me and I know he smelled me; however he could not see me because of the bright light shining at him.
Where I live people are out in their yards, on the street, on their porches, Deer ignore human scent when out of their territory.
In my opinion there are 2 items that deter deer, bullets and fences.
And the fence needs not be to high if they detect danger beyond.. I have 3 foot fences around my beds, they could easily jump into and really feast..They don't because of the obstacles beyond the fence they detect..
My lot is 75 x 150 foot, I have counted 15 deer laying in my yard some evenings...I am 3 blocks from the middle of a 30,000 population town..
Can get very distressing, I just need to put fencing around everything we grow. 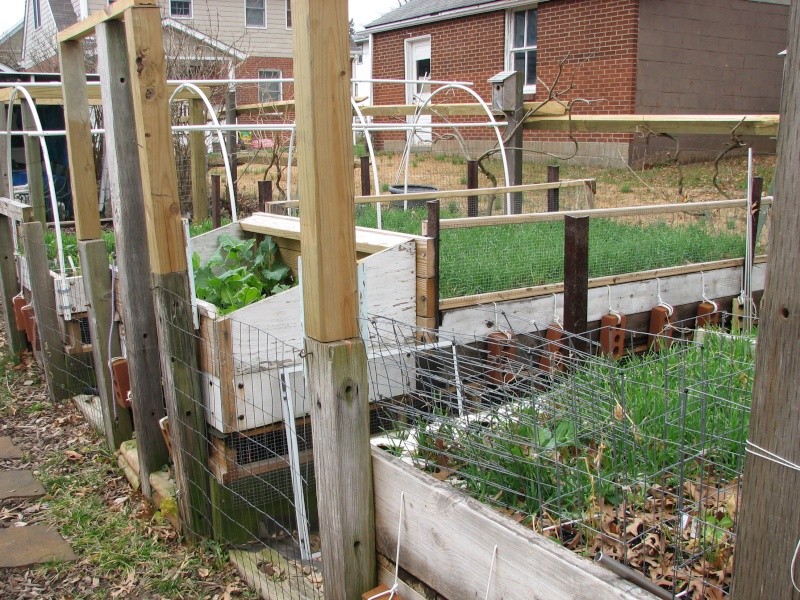 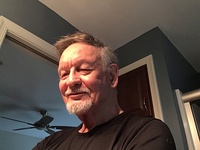 Whoa. Bear. Whole other issue complicating the equation. Wish the bear would cull a couple of those scrawnier lookin' deer, then everyone could live in harmony

There are no solutions to the deer problem that will work for everyone under all conditions but I can report what has worked for me.

I used to have a lot of damage from deer in my raspberry patch. A few years ago I read somewhere that cakes of Irish Spring soap is a good repellent. It has to be Irish Spring soap because that is the brand that has the strongest smell. I went out and bought a couple packs of the large size bars. I drilled a 1/4" hole into the end of the bars of soap and mounted them on some fiberglass electric fence posts. They will last for the entire growing season. We have never had another raspberry cane eaten since that day!

It might be worth a try for others. If it doesn't work you are only out a few dollars and if it does work as it did for me, you can turn a big problem into no problem at all.

If you haven't tried the Irish Spring soap, I would give it a go, it doesn't cost much. It didn't work for me, but I had a co-worker that swore by it and he brought his bounty in from the garden to prove that it worked for him.

Thank you for jumping right in with advice!! I've heard Irish Spring works... but since I don't have deer problems (yet)...

We're glad you've joined us and I'm sure I speak for the others when I say we're looking forward to seeing your plans/garden/advice....!

Thanks for the welcome message. I have been gardening for about 55 years so I have run into just about everything there is to experience and have discovered what works and what doesn't work. As a former single row gardener I discovered square foot gardening from watching the series on TV. I purchased Mel's book, tried it, and never went back. I just joined the SFG forum to learn how other folks are doing things. Over the years I have tended to narrow things down to methods that are low cost, easy to do and things that work so yes, I may be able to offer advice from time to time.

At the present time I am researching various way to combat varmint problems in the garden which is why the "If you have deer problems" topic caught my eye.

@jimmy cee wrote:. . . And the fence needs not be to high if they detect danger beyond.. I have 3 foot fences around my beds, they could easily jump into and really feast..They don't because of the obstacles beyond the fence they detect...

This is my idea, too. We can only put up a 5' fence, so I plan on putting my planter boxes about a foot away, so we can get around, the plants won't grow up against the fence and tease the deer, but there won't be room for them to jump over.

We have a nice patch of bamboo, over 9' tall, so I plan on putting tall, bamboo trellises on the fence side of all the boxes.

This is going to be a major undertaking, so I'm looking for all suggestions and ideas. We love our deer, but Katie and I want a big garden. Right now, even with 17 acres, all we have is 24'x36' in safe growing space. IT JUST ISN'T FAIR! 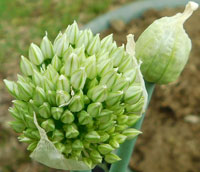 Right now ours are not protected. We are putting a chain link fence up, then I will put the end of trellises attached to the top of the fence. Hopefully with the three dogs, the fence and trellises they will decide to stay in the field of grass that is by our wooded area.

@Oregonrain wrote:Right now ours are not protected. We are putting a chain link fence up, then I will put the end of trellises attached to the top of the fence. Hopefully with the three dogs, the fence and trellises they will decide to stay in the field of grass that is by our wooded area.

Sounds like a great idea. Please post pics when you get it finished -- or all along the way, for that matter.