» Hello from Murphy, TX
by TracharCoop Yesterday at 11:53 am

» I want to start over
by Roseinarosecity Yesterday at 12:46 am

I am a new square foot gardener and wanted to share my plans with you. I tried doing them on graph paper, but I wanted much more control. I am a graphic designer by profession, so I created my garden plan in Adobe InDesign using tables (and cell styles).  I also wrote a blog article about it on one of the websites I write for.

To figure out where each plant was to go, I consulted a companion planting guide, but I had to make some changes along the way, after insects infested my kale which I decided to rip out), and some of my squash died. But my actual garden is mostly the same as how I drew up these plans. Now that the squashes and tomatoes are getting bigger, I can mostly tell them apart without having to consult my plan every day. 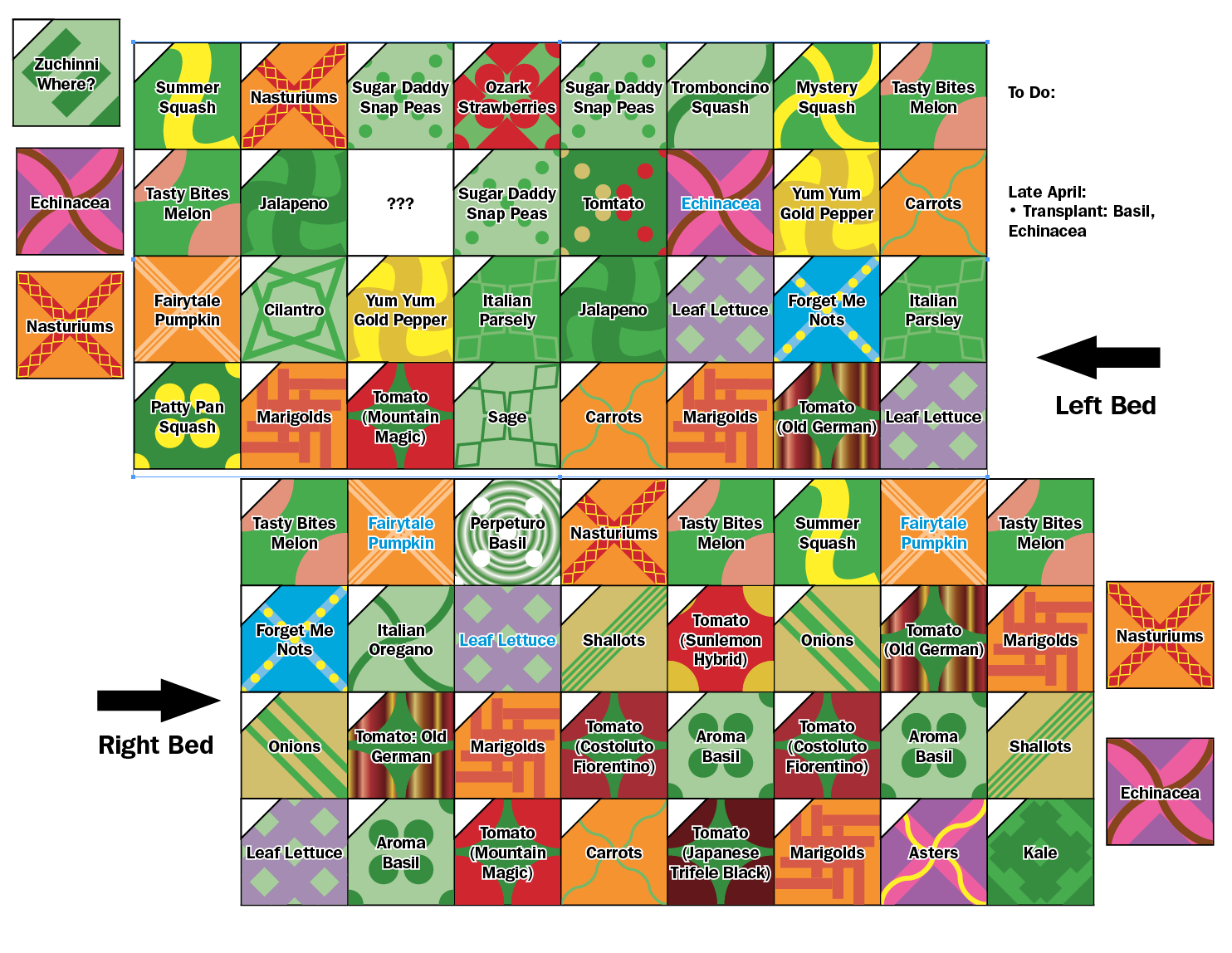 You're so creative!  That's incredible.

Just a note ... some kale is less attractive to bugs. I had aphids all over my dino kale last year, but they were much less interested in my russian winter kale that was planted right next to it. And frequently the russian kale had no aphids at all.

Mine was subtly aromatic, so maybe that turned the bugs off.

Hi Kelly, Such a pretty chart! I think most of us end up erasing and scribbling in different plants until you can't recognize it!

Do you have trellises along one side of the boxes?

The only thing I've had problems with on aphids so far is pink hull peas.  So far...  But I haven't tried kale yet.