The residents in my water district were so good at water conservation that our private water company ( which posted a 37% profit last year) petitioned the California Public utility Commission to allow them to add a surcharge to everyone's monthly bill that allows them to recover the profits they purported to have lost in the last five years from conservation efforts. CalAm was successful by arguing that their operation costs didn't change, and money generated by selling less water wasn't enough to offset the expense of providing water. Most business models call for reductions in expenses as income is reduced- workforce reductions, reducing equipment allocations, etc.- instead they just kept their heads in the sand and then figured out how to squeeze out more from less. J.C. could turn water to wine; CalAm can turn water into gold.

Does that apply to non-government regulated utilities, I wonder?

@sanderson wrote:Conserve anything, and the provider will increase the price.  The Law of Utilities.

Certainly applies to our water charges.  I use a quarter of the average household but pay the same basic rate.  Also applies to electricity and gas and the plot tax.

This reminds me of Margaret Thatcher's Poll tax in England which split the country and was dropped.

A couple of weeks ago we had a referendum to spend $32M to upgrade our recreation complex but it was turned down as one area group voted against it, and all three group had to pass it.  The majority voted for it by a small margin  Similar to the American voting system; the popular vote versus the Electoral College.

@donnainzone5 wrote:Does that apply to non-government regulated utilities, I wonder?

An interesting view of the California Fires. CounttryNaturals lives near the Carr Fire.  I live in the Valley below the Ferguson Fire.  The Mendocino Fire is affecting the "Sacramento" area where my kids live.  The Holy Fire is affecting Southern Cal.  The white clouds over the Pacific Ocean is probably fog.  Cool, refreshing fog. https://www.sacbee.com/opinion/op-ed/soapbox/article216326460.html
____________________________

That drought was the gift that keeps on giving.

Millions of trees are still dying from the drought, their resistance down, so disease and insects can run amok.

Wildfires cause erosion that leads to hillsides washing away when the rains come.

Our once-beautiful state has turned into a war zone.

It does sound as planting suitable vegetation would help deter the spread of fire.  I wonder of Geoff Lawson would have some insight in what could be done,  He is  well -known guru in bringing back the greener in deserts without having access to much water.

California has a lot of inaccessible land that is hard to clear of dead vegetation. It doesn't help much that fire is Nature's way of clearing up.

I think that part of the problem is the Jet Stream that keeps cooler weather from sliding down the globe.

However, that jet stream shifts from time to time.  I haven't yet learned enough about the vagaries of climate to say why it does what it does when it does, but my general impression is that it has to do with ocean currents, sea surface temperatures, gradients between high and low pressure systems, as well as other variables.  As far as I know, there's nothing that humans can do that could change this process.

Currently, we're in a phase of a meridional jet stream (up and down, wavy).  Typically, the norm is more zonal, e.g., more west to east, in the northern hemisphere.  As I understand it, that keeps weather and temperatures closer to normal.

I Like following Joe Bastardi at www.weatherbell.com, although he does tend to ramble.  He does focus primarily upon the Atlantic, Gulf Coast, our East Coast, and Eastern Canada, although he occasionally touches on the remainder of the U.S., parts of Asia and Europe, etc.

KJ,  The prolonged drought killed a lot of trees.  The dead trees were left on site.  Lots of dead fall from decades of not clearing.  Reduced commercial grazing on US and CA Forest lands.  = a heck of a lot of kindling = hot fires that scorch the earth.  I'm trying to find a photo of forests a 100 years ago verses today.  Meanwhile, here is one meme. 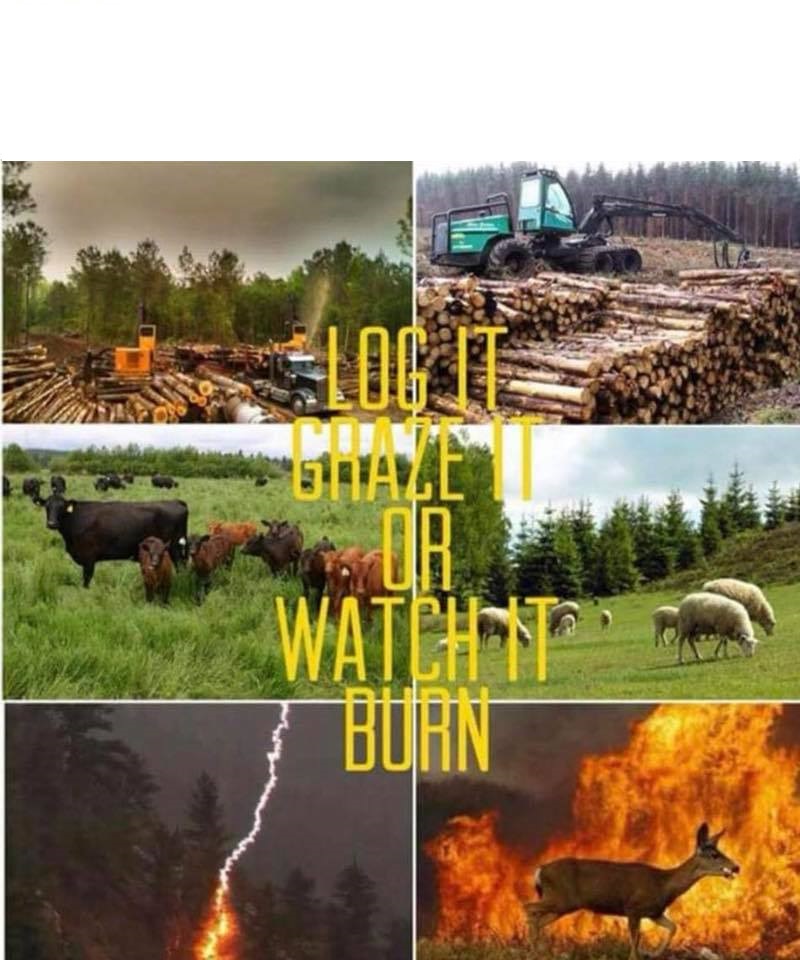 Here's the photo I was trying to find.  These are not of the same forest.  The point is good management creates open grazing areas for deer and cattle, and keeps the tinder down to keep the fires "cool".  Trees on the left don't have any lower branches left but the tops are still alive.  The trees on the right will all burn to death if there is a fire. 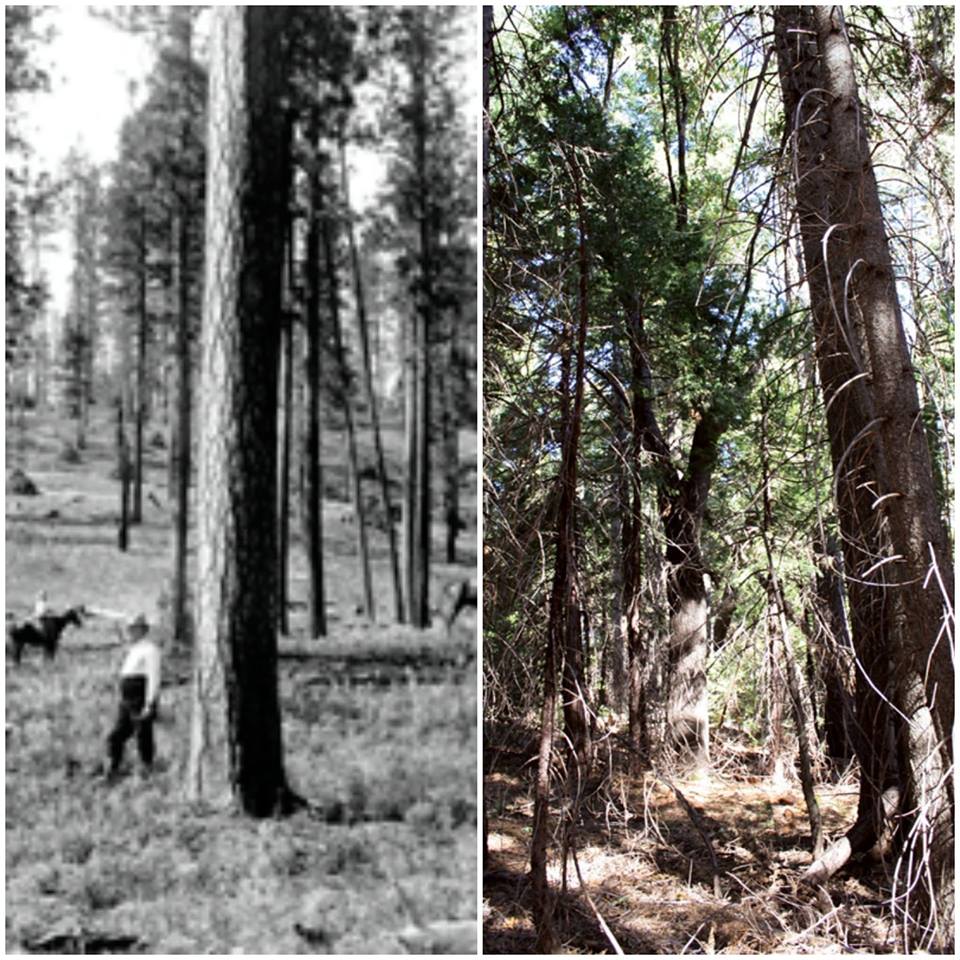 I should imagine that the cleared ground between the trees will only have a very small fire if it burns.  You can tell that the right side picture will produce a firestorm.

YIKES! I was going to post this in the "Soil" category, but we don't have one.

We still have ash falling all over our area. I'm guessing our soil is acidy here, based on all the acid-loving plants that survive. Sooo, are these fires gonna mess with the ph in our soil? Normally, these fires come and go and shouldn't make much difference, but this time, it's been going on for weeks, with a huge impact, and there's no end in site. (I just tried to research it, and came up empty.)

Oddly, I was just wondering about the effect of ash on your soil's pH yesterday!

I do believe it will raise pH, but don't know to what degree.  Do you know what the pH of your native soil generally is?  If it's below around 6.0, some ash might bring it up enough to grow certain plants more successfully.  However, I think we all know that too much alkalinity has negative effects.

Oddly, I was just wondering about the effect of ash on your soil's pH yesterday!

I do believe it will raise pH, but don't know to what degree.  Do you know what the pH of your native soil generally is?  If it's below around 6.0, some ash might bring it up enough to grow certain plants more successfully.  However, I think we all know that too much alkalinity has negative effects.

I did a search, but didn't come up with anything useful. It probably won't matter until the first rain, then, maybe, there will be more info available.

DZ, as an aside about ash, Wales' highest mountain, Mount Snowden, has been a very popular place for people to spread their loved ones ashes.

They have now been asked not to do this any more as it is changing the natural ecology of the area, killing the local flora.  The top of Mount Snowden is only a few square yards, and apparently when the weather is dry the ash is very noticeable and makes for a very unpleasant experience when the wind kicks up.

P.S. I would not want my ashes mixed up with thousands of other people's.  You never know who you may end up next to.

The other night, Orange County flooded 911 with calls about the Holy Jim fire.  Santiago Peak is the low 5000ish foot peak to the south by fire.  The fire was back burning over the ridge to the Northeast of the peak.  Suddenly just after sunset, the northern 2/3rds of OC and it's 2-3 million people add a very clear view of wildfire burning a ridge line and throwing up fire vortexes.  Nothing nearly as dramatic as the northern fire tornado, but impressive to see. Since the ash cloud had blocked out the all the nighttime sky, there was no reference points to judge the distance.  You could clearly see the ridgeline, but the thickening ash clouds behind it looked like additional ridgelines making people think it was a new fire closer to where the one burned last October.

As for California's fire future, I try to stay positive, however I'm always a bit dismayed when I hear our Politicians adamantly declaring reasons and accompanying single path solution.  I just remember my lifetime of eggs...

Our lifetime with eggs! 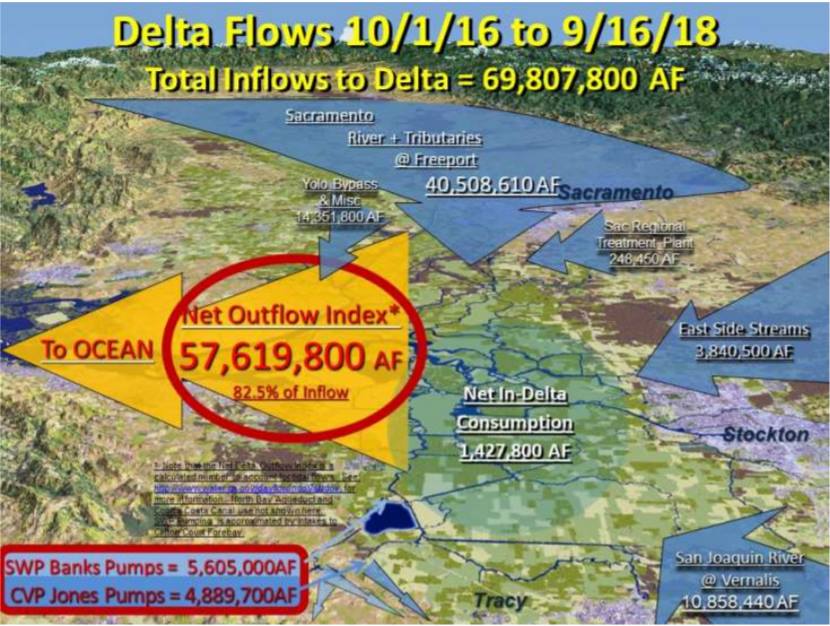 The Camp Fire is making news.  The slide show in this news report shows some pretty devastating scenes.  The horrible thing about the fire is that it just exploded from 10,000 acres to 60,000 acres within a day.  6,453 homes and 260 commercial structures have been destroyed, with 15,000 structures in harm's way.  Some people never made it out.  It was that fast.

Here is a map and a Google Earth view of the area.  The Oroville Dam that lost it's spill way is almost repaired.  Some of the burn area is in it's watershed.  I can just picture the muddy rivlets and creeks that will feed into the Oroville Lake. 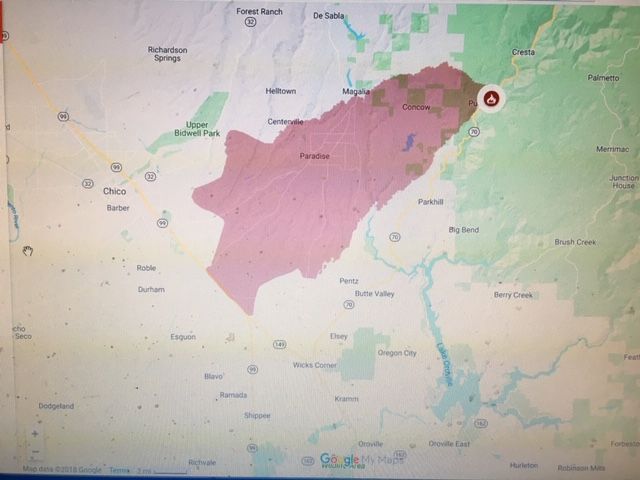 My editing skills are a little weak. 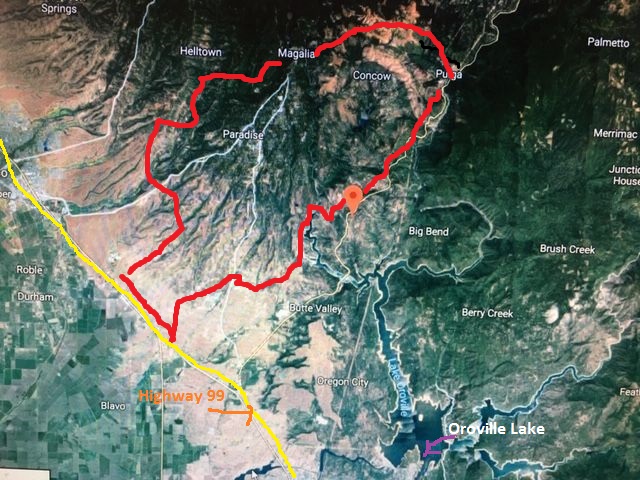 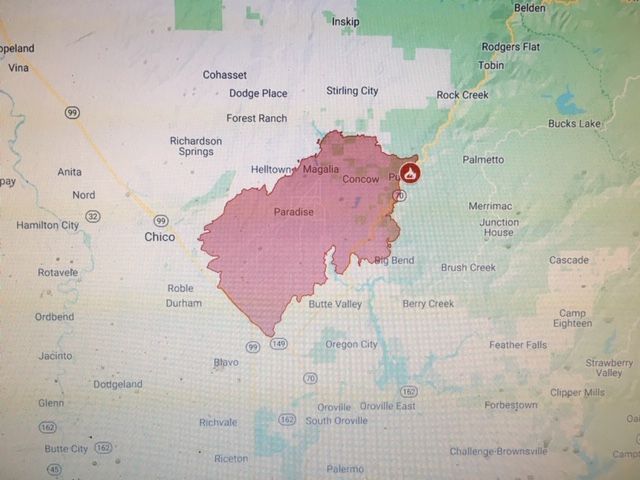 The Woolsey Fire in SoCAL is trying to catch up at 70,000 acres. 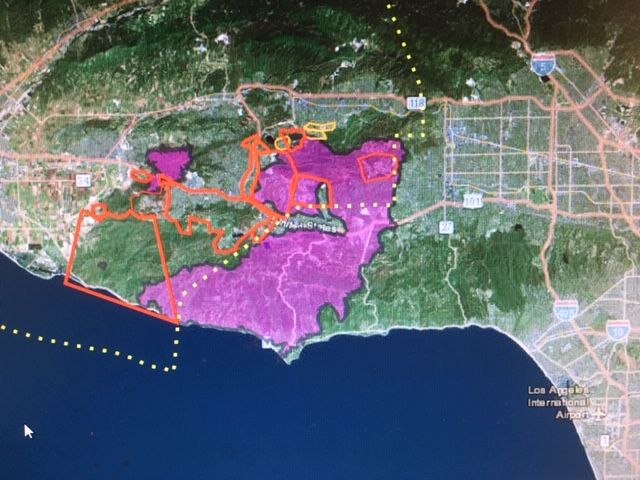 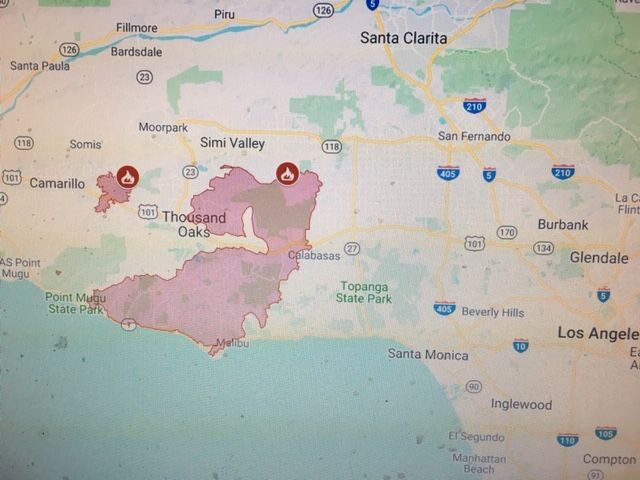