February Avatar: Time to Wake Up!!
Welcome to the Official SFG Forum
!!! Happy Gardening in 2022 !!!
Search
Latest topics
» Soaking Seeds for Better Germination
by Soose Today at 4:38 am

» Johnson Su composting Bioreactor instructions for home, not the farm.
by sanderson Today at 4:27 am

We're about an hour north of the top. Windy again here today, but no more smoke unless it changes direction again.

The EPA has an air quality map.  https://www.airnow.gov/

Yesterday the napa area was purple (worst air).  Central Valley has splotches of red. Fresno is In the top of the red. Splotch in the vallly

How are you folks doing with the Santa Ana winds?

The winds have subsided and next week we will return to normal 1st of November temps.

It's going to feel cold.

And the Santa Ana winds return with a vengeance. The Thomas fire is the biggest at 96,000 acres and 5% containment.

sanderson wrote:And the Santa Ana winds return with a vengeance.  The Thomas fire is the biggest at 96,000 acres and 5% containment.

And there's no rain in the 10-day forecast. At least we have a surplus from all we got in November, but none of that made it down there to them.

December 11, 2017
– The USDA Forest Service today announced that an additional 27 million trees, mostly conifers, died throughout California since November 2016, bringing the total number of trees that have died due to drought and bark beetles to an historic 129 million on 8.9 million acres. The dead trees continue to pose a hazard to people and critical infrastructure, mostly centered in the central and southern Sierra  Nevada region of the state. "“It is apparent from our survey flights this year that  California’s trees have not yet recovered from the drought, and remain vulnerable to beetle attacks and increased wildfire threat"

Size of the December Thomas Fire in the Santa Barbara and other SoCal locations. 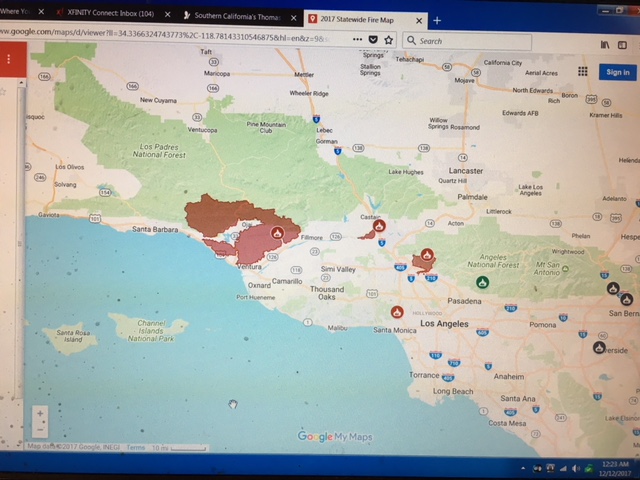 Size of the September fires north of San Francisco at the same scale. 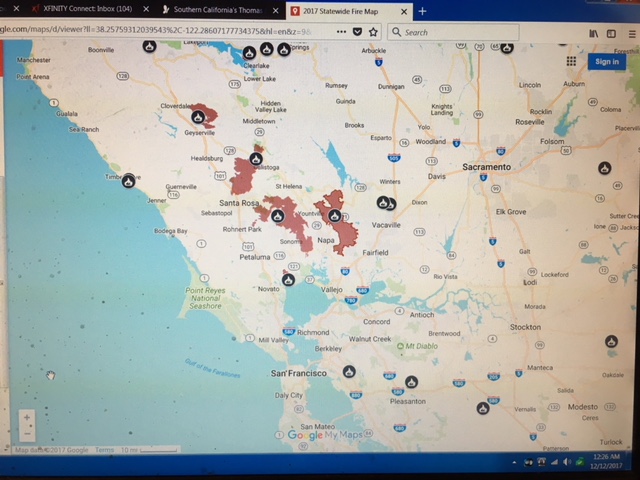 Number of wild fires as of June 21017.  (Note that the color of the "fire" symbols are gray because of this date, December, all of those have been extinguished.) 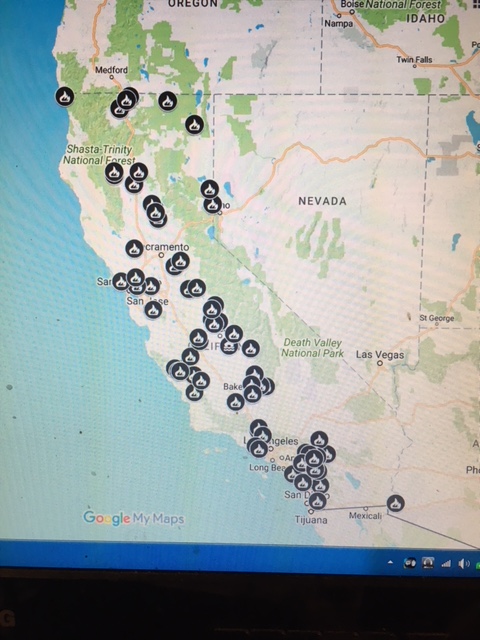 Number of wild fires as of September 2017. 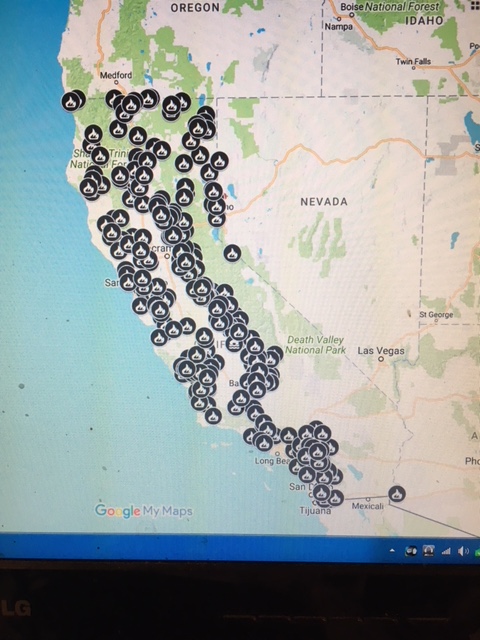 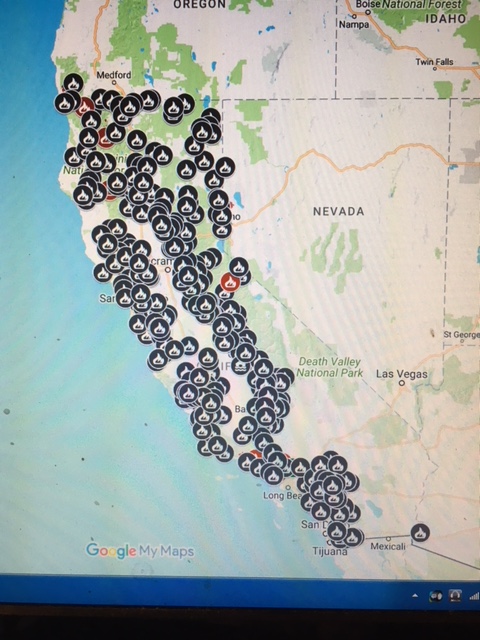 A 100+ years of average rainfall in CA.  Too many years of drought in a row and the trees become susceptible to bark beetles. Normal cycles. 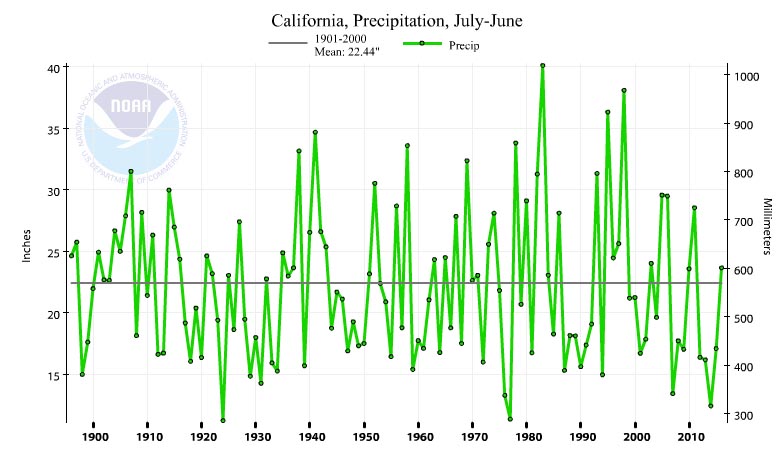 Holy cow.... So basically the entire state except for Death Valley & a little SE... I didn't realize it was that extensive.

AtlantaMarie wrote:Holy cow....  So basically the entire state except for Death Valley & a little SE...  I didn't realize it was that extensive.

I feel that we get so little news of these fires as so many bad things are happening in the world that there is not enough time on TV etc. to show pictures that are similar where ever fires happen.  When I look around my little house and garden, to think of losing it would break my heart so I can certainly feel for everyone who has to start again.

I am not surprised, sanderson, even though we have had some cloudless skies they were not blue skies.   The fine ash must have been way up there.

That is very sad sanderson. So much destruction in your state. Hopefully 2018 will be better.

Mandatory evacuations continue as the fire gets closer to Santa Barbara and Montecito, the home to several stars.  Some of the beautiful properties are nestled in tinder areas.  In October, Ken and I visited Santa Barbara and had a nice seafood lunch, watching the fishermen unload fish. (not shown in photo) 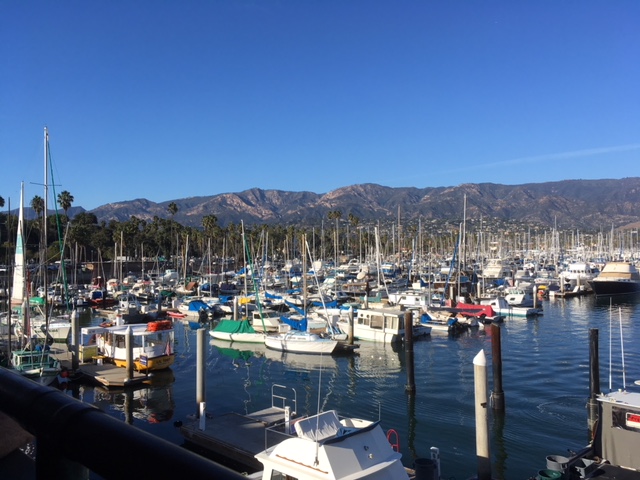 The slide show gives an idea of how close the fire is to the cities and communities, and also the terrain and vegetation making it so hard to contain. https://www.msn.com/en-us/news/us/new-evacuation-orders-for-santa-barbara-county-as-winds-pick-up-threatening-hundreds-of-homes-in-montecito/ar-BBGNLCH?li=BBnb7Kz#image=BBGgxrY|1
____________________________

Day before yesterday that fire was the 5th largest in CA history. Tonight it stands in 3rd place.

countrynaturals wrote:Day before yesterday that fire was the 5th largest in CA history. Tonight it stands in 3rd place.

On our Canadian news it is now listed as second largest.

I fear it will be the biggest in your history.

And, now the mud/rock slides begin.  The fires were so hot they destroyed plants, roots and other soil cohesiveness (Teaming with Microbes).  The coastal mountains are often just land slides/erosion waiting to happen in "normal" years. 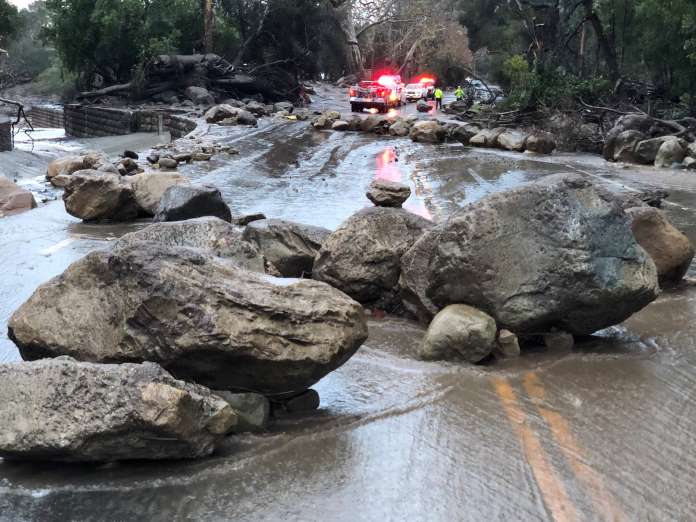 sanderson wrote:And, now the mud/rock slides begin.  The fires were so hot they destroyed plants, roots and other soil cohesiveness (Teaming with Microbes).  The coastal mountains are often just land slides/erosion waiting to happen in "normal" years.

Another sad tragedy as lives are lost, people suffer and the landscape is changed. So sorry for our friends in the USA. it seems that there is always somewhere in your wonderful country where nature is not treating you kindly. Blessings.

toledobend wrote:Looks like they getting off to a rocky start during this landslide season

And now some parts of the state are flirting with another drought.