Hello everyone! My name is Casey and I'm from Central Louisiana. Last October I purchased a home on a 1 acre lot, that was all but empty. In deciding what to fill it up with, and being interested in organic eating, I decided to plant a garden. I have never grown anything, other than my beard, in my life. So I hit the internet. After researching the last couple of weeks or so I decided on a raised garden and eventually on the SFG method. So, first step was building the bed...

Finished construction (used 2 1/2" HeadLok screws to fasten boards together and then sunk 2 foot 2x2s in all four corners and then 4' down from each corner for extra support, also fastened to boards.)

Filled in and Squared off (Right side is northernmost side)

At this point I should mention that I had already purchased and poured the soil mix before I read deep enough into SFG to read about Mel's Mix. So the mix of my soil is 5x50lbs Baccto Potting Soil, 5x50lbs Wholly Cow (Compost/Manure), 2x50lbs Cottonseed Meal 1x3.8 Cu.Ft. Sphagnum Peat Moss and 1x4 Cu.Ft. Vermiculite. So hopefully having that Potting Soil doesn't ruin everything for me.

So now I'm ready to plant. I've used the tool over at sfgplanner, to lay out what I want to plant.

We already have tomatoes, jalapenos, green onion, basil, parsley and cilantro in containers on the deck.

I'm hoping to get everything planted this afternoon. I will follow-up with my progress.

Comments, questions and concerns are welcomed.

Thanks, and nice to meet you!

Your bed looks very nice.  And it sounds like you've used some heavy-duty hardware, so it should last a long time.

You'll get a lot of good advice here.

That is a nice looking box you've built.  The location has plenty of sun and there aren't any trees or shrubs nearby to cause problems down the road.

You didn't mention if you have a copy of All New Square Foot Gardening, 1st or 2nd Ed, by Mel Batholomew.  If not, please get one as you will refer to it a lot.  And, the folks here are very friendly and willing to help you get going.  You asked for comments . . .

I see the box is located in a grassy area.  Did you place weed cloth or cardboard on the ground before you added the mix?  If not, you may soon be fighting the grass coming up.

Cucumbers should have a trellis, and a trellis is normally placed on the north end of the box.  I've never seen anyone plant 2 rows of squares (2' x 4').

You only have 2 sources of compost instead of the recommended 5.  I started my first boxes with a poor compost and spent the year making up for it.

I swear one learns more from their mistakes than their successes!!   Start a homemade compost pile as soon as possible for replenishing.  Check on Graig's List for worm castings, composted manure or other composts without peat moss..  A veggie-based compost is available at many Whole Foods markets.  Home Depot may carry Ecoscraps Compost, a veggie and wood compost.

Thanks for the welcome!

I have not read the book yet. It's on order through Amazon.

I tilled up the grassy/dirt and removed the first couple of inches, but I did not think to put a barrier down. So I'm probably going to end up having to dig it up and do so.

About the cucumbers, I din't even think to check on the trellis part. I just arranged them based off mature height. I can rearrange and put them on the north side and construct a trellis for them. Since I have extra seed for it I might plant another row of lettuce instead of the cucumbers then. I was just thinking about having enough for pickling and for salads/eating.

The compost bin is definitely on my to do list, I just wanted to get the garden running before it got much hotter in my neck of the woods. And yea, I had already purchased what I got before I read about MM. I will definitely be easing this one that way and starting my next gardens with MM.

Welcome, I'm from Turkey Creek, Louisiana. I to am new at SFG. I probably don't have the exact that MM calls for, but hopefully I can add some compost throughout the season to improve things.

I also have quite a bit of dappled shade. All my items have come up, but they are not doing 100%, but with a little love and care they are getting better.

I'm sure you will do good. There is quite a few knowledgeable people on this site, and are quite helpful. 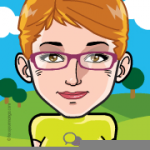 Anyone from LA should check on Webcajun
https://www.youtube.com/channel/UC07PYjpZ-BWlxLBC4T1lOhg
He has lots of good info on youtube, not related to SFG, however he does have some tips that can be an aid in SFG.

You will have a little trouble planting two rows of cucumbers, you are going to be overwhelmed with leaves. You have already found out they need a trellis.
Year one is a learning experience so don't fret if you make mistakes.

You will do better next time and then like all of us find more mistakes to make.  Makes life interesting.

@jimmy cee wrote:Anyone from LA should check on Webcajun
https://www.youtube.com/channel/UC07PYjpZ-BWlxLBC4T1lOhg
He has lots of good info on youtube, not related to SFG, however he does have some tips that can be an aid in SFG.

I love the webcajun videos. He also has a forum called the Bayou Gardener: http://thebayougardener.com/smf/index.php

I have learned a lot from this site as well.

Well hello there Cajunsmoke14. I'm in Pineville, so we are not too far away. Glad to hear your SFG is going well, and I hope it improves for you soon!

Thanks jimmy cee, I will check him out.

Thanks and hello Kelejan! I elected to plant another row of lettuce (a week after my first row) instead of the extra row of cucumber. But yea, definitely a learning experience. It's a lot of info to absorb at first but hopefully in a couple years and a few gardens I'll have a decent idea of what I'm doing lol!

Garden Update. I got everything planted on the 25th. Keeping it all watered and waiting impatiently for growth lol.

It got too late to take pics after the 2x row of Carrots and 1x row of Lettuce and 1x row of Strawberry. So I took a photo of the whole bed the next morning.

So far everything looks ok. So I'm still hoping for the best. A relative of mine breeds/shows rabbits and I'm going to get a load of rabbit compost to sprinkle over the top this week.

And for fun, one of the fierce crawfish we boiled Saturday night!

Looks good, and we all look forward to some more pics in a little while. We just love pictures.

The problem with SFG is there isn't alot to do, you don't have to plow the field, or hoe the grass. All I do is pull a lil something that doesn't belong there when I water.

I find this causes impatience, there is nothing to do but watch it grow, lol; although I rather do that than hoe a long row in the boiling sun....

Are you complaining about not having a lot to do, Cajunsmoke14?
You can always build another bed.

Mahirashi...how is the IPA? Looking at it is making me thirsty!

We had, I think maybe it was cottonwood, seeds blowing so thick through our yard that I was waving them away like a swarm of bees. MM or no, there will still be plenty of work to do. There must be a hundred sprouting weed seedlings per square foot in my garden.