Plants/vegetables not in book

I know endives as those light green to yellow/white bullet-shaped, bitter, expensive (probably because you pay for someone else to do the hilling) vegetable.  Chicory to me is a rough salad green that one rarely eats by itself.  It stands in for kale in a Portuguese stew.

The vegetable manager in my supermarket tried to sell me rutabagas for turnips.  I pointed out that his rutabagas were mustardy-yellow, and I was looking for beet-looking things with a white body and a magenta top.  No, he couldn't help, he said.  The following week, there were the turnips.  My mother-in-law in France refused to cook rutabagas because that was all they'd had to eat during the war.

I am trying to grow salsify/scorzonera and celeriac/celery root here, but it seems that they're tasty enough for the critters to chomp down to the surface.  They ate the Brussels sprouts also.

Frenchbean wrote:Thank you all for your replies. It seems strange to me that my swede is your Rutabagas. I wonder where the name came from

Wonder no more:
From wikipedia: "Brassica napobrassica has many national and regional names used globally. Rutabaga is the common American and Canadian term for the plant. It comes from the old Swedish word Rotabagge, meaning simply "ram root". In the U.S., the plant is also known as Swedish turnip or yellow turnip. The term swede is used instead of rutabaga in many Commonwealth Nations, including England, Wales, Australia, and New Zealand..."
http://en.wikipedia.org/wiki/Rutabaga

plants/vegetables not in book

that solves that question

Don't tell my kids you use swedes as animal feed! I've spend months making them eat the glut we had this year

Though I'm surprised at parsnips and swede being planted at the same levels, as swedes tend to get quite football like, but parsnips don't.

Plantoid and Point: Yes, we grow endive.  Our favorite is Broadleaf Batavian (https://www.nicholsgardennursery.com/store/product-info.php?pid152.html ), which is not bitter when young.  Delicious, even!  Through benign neglect, a couple of years ago one went to seed and the following summer we had lovely volunteers coming up here and there.  Which reminds me, next time we should attempt to save seed.  Nonna

AshFamily wrote:...Anyway just joined the forum and looking forward to setting up my first beds

AshFamily,  Welcome to the Forum!

Why not pop over to the introduction threads ..found on the home page drop down menu at the top

sanderson wrote: I don't think there is anything except cinnamon, neem trees, coffee, and pepper corns, that isn't grown in the US.

Which reminds me I saw neem trees for sale on craigslist ...

veg/ plants not in book

I didn't like them boiled  but I tried them roasted, fried, chipped, creamed in soups, in stews 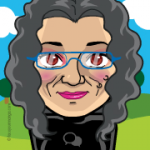 First to put it clearly:  Hawaii is indeed part of the United States.  We have had tourists ask if we use American money here.

And, forgive me if I repeat, but I didn't see the response about Cinnamon, Neem, coffee and another thing I can't remember.  But we grow all those here.

kauairosina wrote:First to put it clearly:  Hawaii is indeed part of the United States.  We have had tourists ask if we use American money here.

And, forgive me if I repeat, but I didn't see the response about Cinnamon, Neem, coffee and another thing I can't remember.  But we grow all those here.

You are so right, but we here in the lower 48 tend to forget.  It seems so exotic to us. I actually remember when Hawaii became the 50th state.  My class was doing a skit about the US and we had a little ditty the went, " the 48, the 48, we thought it was just  nifty. Add Alaska and Hawaii, makes it 49 and 50.

I knew about coffee and pepper corns but didn't realize cinnamon grew there.  I only heard about Neem since joining the forum 3 years ago so didn't pay attention to where it grew at first.

Love to hear from you and look forward to picture.

and I look forward to learning how to post pics.  I'm part way there but gonna need my guru friend to help.  When you see a picture of our dragon fruit blossom you will know I made it.

When I lived in Guam and Hawaii way back when, visiting kids used to ask the most amazing questions, as did kids on "the mainland" when we traveled. Like, Do you guys have cars? Do you have TV's? I remember telling kids we went to school on water buffaloes, and they believed it. I told others we went by canoe. We could say all kinds of dopey things and have it taken at face value.

sanderson wrote: I don't think there is anything except cinnamon, neem trees, coffee, and pepper corns, that isn't grown in the US.

Which reminds me I saw neem trees for sale on craigslist ...

Oh, boy!  Marc, you found this older quote from me from last June.  I was corrected about the coffee at that time.  I had forgotten about Kona coffee that I bought in Hawaii!

I knew Neem and pepper corns were grown in India but now I have learned from Kauai rosina that precious cinnamon and neem are grown in Hawaii!  Are peppercorn trees grown there, also?

What you can learn on this Forum!!

Yes, peppercorns are grown here.  They are on vines.  Again the Yogis at the Hindu temple here in Wailua have the seeds and usually share them at our seed and plant exchanges.  The yogis have great gardening chops.  They gave us all kinds of starts, Chaya tree (kind of a spinach on a now 10 ft tree), Malabar spinach, calabash squash, which is prolific. We are learning to harvest it younger so it is more of  an edible squash than a hard shell calabash.  I'm sure I've forgotten some of their gifts but they are very willing to share their knowledge and plant starts and seeds.