Worm Tube for the SFG

Kathy, If your beds are touching the dirt (as yours do being raised brick flower beds) the larger earth worms will wiggle their way in from the dirt. I think they go to the edges of the weed cloth and slither upwards. As far as the little red wigglers, I think you just need patience. Feed the tubes as the food goes down. Make sure the MM stays wet next to the tubes. I have even added water to the inside of the tubes if the food looks too dry. I chop and freeze their food as I produce it, then set it out in the sun with Saran Wrap over it for a bit to get it thawed and mushy. Just give the little guys more time. For the beds without tubes, I bury some of the mush here and there.
____________________________

Nan,  2.  They have both sexes so they just need to find each other.  A small tub for fishing contains about 25.  I think someone is doing an experiment with 2 worms in a controlled environment to see how many they get.

That's me, sanderson.  About time I did another count. Tomorrow, too late today, I am a morning person.

I started off with two tiny worms in January, and last count was about 25 prepubescent worms end of May.

Just found the piece of paper with the latest update. (I am a paper-rat-packer)
15 June 2015
One very lethargic adult left, I expect it to be gone next time I look.
Total of 70 offspring, majority very tiny and ranging up to 1 and 1- 1/2 inches in length.  None yet with clitella (clitellum?) so they are all still pre-adults. Expect some adults in a month's time.

I think my worm tubes have been a bust. Never saw very many worms and when I did put food in the tubes, it just seemed to sink and decompose. I kept a large bucket outside that we filled with coffee grounds and kitchen waste and now it is a soupy mess that reeks - is that what worms eat, or should I just dump and try again. I have a strong stomach but I can't handle filling the worm tubes (which I stopped because I really don't think there are any worms)

Kathy, I think most folks store the coffee grounds and kitchen scraps in the frig or freezer. Then once a week or every 2 weeks, put a handful of fresh (thawed) scraps in. The first year there may not be many worms so they won't need a lot of food. Over last winter, I had a worm explosion and now have to feed them weekly. I had compost with horse manure on the beds in the winter and they loved it. Be patient and you may find you have more worms than you think.
____________________________

Kathy, my worms were kind of a bust too until I looked closer. I wonder if you could try something like I did ...

I buried a large pot with big holes in its bottom. I left just about an inch of it above the soil. Then I dropped in some garden soil and brought fresh kitchen waste to the pot every so often. I figured the pot itself would keep the moles out, and the holes in the bottom would let the worms come and go as food and heat/cold and moisture varied. I covered the pot with a plastic lid to keep the birds and many of the insects out.

Seemed like a go-nowhere experiment until a year later, when I scooped out the decayed veggie matter in chagrin and (sorta?) despair, expecting nothing and finding ... some worms! Even in our area, where they're not supposed to survive the winters ... they were able to use my food and water and the insulation from the surrounding soil to survive.

I transfered a few worms here and there and this year am finding them in odd places -- they're migrating!

I guess the gist is, think of worms as a long-term project, and as something to feed and protect.

Also, if you don't want to bother about feeding them(odd, because I think everyone must have kitchen scraps?), then cow manure is dirt cheap at the big box stores like Home Depot. Throw down a few bags in an odd corner, water the heap every once in a while, and you should be on your way to creating worm paradise. 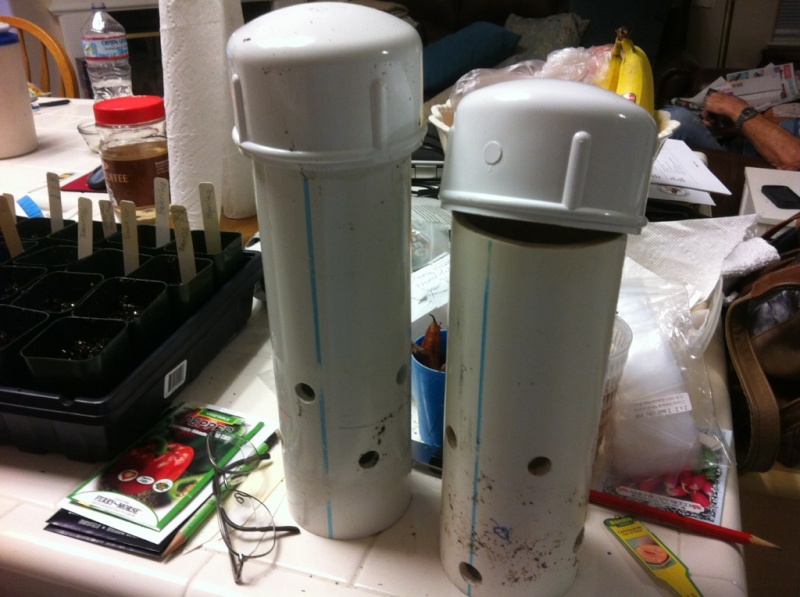 The Hi, has anyone tried a worm tube in a sub-irrigated planter box?  I am building this box this weekend and would like to incorporate a spot for the wormtube from the get-go. My box will have a bottom and will be elevated to a comfortable 22" to save my back.  My box will be 3'x6' with a 12" depth to the Mels Mix. 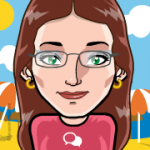 Thanks for your reply Sanderson.  To clarify, the SIP has the water chamber below, separated from the Mel's Mix by a layer of weedcloth.  I was going to put a small exterior box on the 3' side to accommodate the PVC Tube, with the opening in the side of the SIP placed at the 6" depth mark.  There will be no solid floor separating the Soil Box and the Water Box.  I was worried that the wormies would burrow too deep and drown, but since the worms in my current bin are red wigglers, maybe not?

I'm wanting to do a worm tube. What type of worms do you recommend? Red Wigglers or Earthworms?

From what I have read on this topic, Red wigglers are used. They are shallow feeders (I think) so the SFG beds are perfect for them. If your beds are set on the ground, a few earth worms may find their way in. They are deeper feeders (I think) and will enjoy the moist, enriched environment under the bed areas. Just make sure the holes you drill are well below the top of the Mel's Mix or there will be lots of little gnats (little flies ?). I max the holes at 5" but I would do 4" max height in the future to allow for shrinkage. Make sure you have some soggy food in the tube before you place the worms. over ripe banana pieces, coffee ground, horse puck, etc.
____________________________

@Josh wrote:Chopper here is a picture of the tool we used to make the holes. 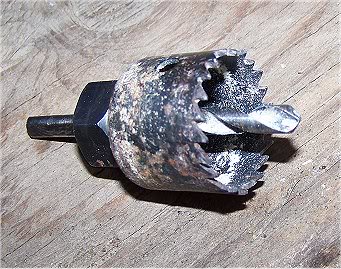 The drill bit goes in first and holds the round hole saw in place so it wont slip off.  My dad said you might try using a small drill bit first to start a hole and then that will help keep the bigger drill bit from slipping off.

Good luck and let me know if there is anything I can help you with.

Tip: run your drill backwards when cutting the hole - the plastic will not shatter and the hole will be neater.

This spring I pulled out the worm tubes after feeding the little red wigglers for 4-5 years. Today as I was turning new compost into the fall beds, I didn't see many worms. Time to put the tubes back in and beef up the population over the winter with kitchen scraps.
____________________________

Reviving an old thread, but I found this video on the subject interesting.  He even put bird baths on top of the worm tubes.

The results are amazing! Thanks for reviving this one, OG.

I watched this and the growth of the plants next to the worm tube may have grown larger than others for another reason other than the worm poop.  Although I agree that worm poop is super food.  What about keeping the tube contents moist also helps plants near by get needed moisture.  ???

@yolos wrote:I watched this and the growth of the plants next to the worm tube may have grown larger than others for another reason other than the worm poop.

I was wondering the same thing. Could the rotting veggie matter be making compost tea that's leaching into the nearby soil?

@yolos wrote:I watched this and the growth of the plants next to the worm tube may have grown larger than others for another reason other than the worm poop.  Although I agree that worm poop is super food.  What about keeping the tube contents moist also helps plants near by get needed moisture.  ???

Could be the case.  But, I do not moisten the worm towers in my beds, and I get similar results.  I am hope to add more worm towers next year, so that there is one per 4'x'4 section of raised beds, but not sure how successful I'll be in getting it done. This past summer there were times when I did not have enough kitchen scraps for the worms, and ended up just putting Starbucks coffee in the pipes to feed the little critters.
____________________________
Never plant without a bucket of compost at your side.

@sanderson wrote:I froze kitchen trimmings if needed.  Then, microwaved until thawed, added corn meal, a torn up piece of bread for mold, mixed and apportioned among the 10 tubes.

Sounds like what I've been eating/cooking while we have been remodeling our kitchen sans the microwave and mold. Lots of frozen pizza in the oven and sandwiches with the occasional oatmeal