Yet another 'ID this Tom issue' question :)

Yet another 'ID this Tom issue' question :)

The Tom in question is a Better Boy purchased from a local mom & pop nursery. He's been in the ground for 3 weeks now and shares a 4x4 with 3 other Tom's, a Juliet cherry, an Early Girl, and another BB, who do not share the same issue.
The leaves have been curling for about a week now, and I noticed yesterday a branch that is flat and curling. It is flowering and fruiting, doesn't really have leaf discoloration other than a couple brown edges on a few leaves (which I also took a picture of).
Now the other BB has only been in the ground for a week and a half, and had already fruited before transplant (although I did remove the fruit when I transplanted it). It showed signs of stress almost immediately but has slowly perked back up, although it still has some purple veining in the older leaves, which also curled themselves upside down. The new growth on it looks healthy though and it has begun flowering and fruiting again.
The pictures below (sorry they're sideways, they just uploaded like that) are of the whole plant, the branch in question, the leaves that have brown edges, and a picture of the second BB.
Thanks in advance for your advice! 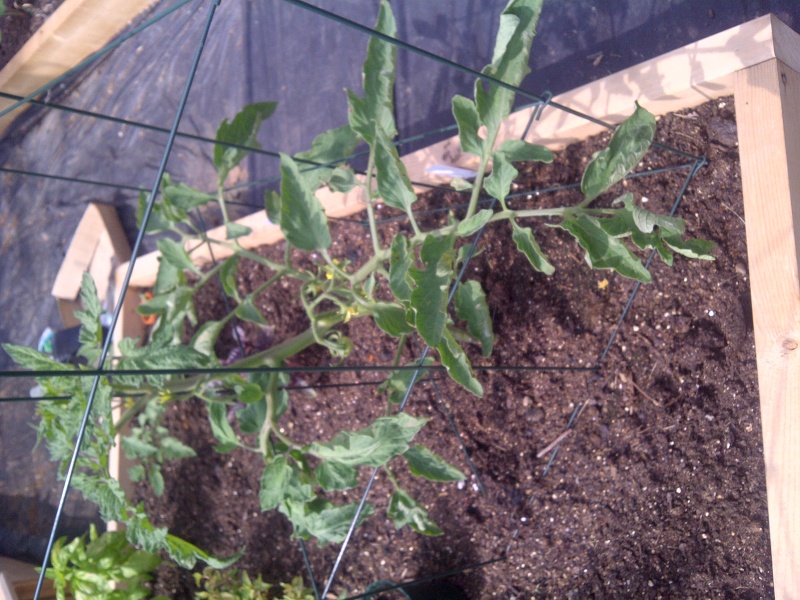 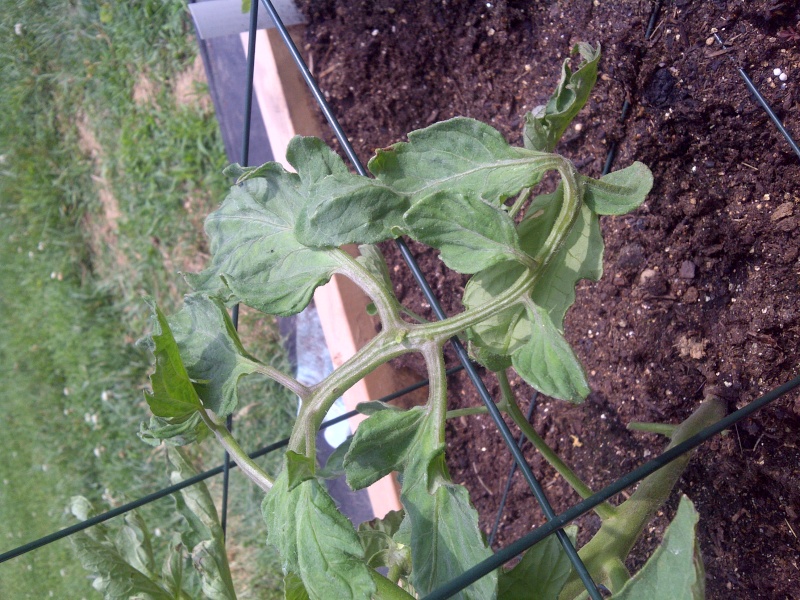 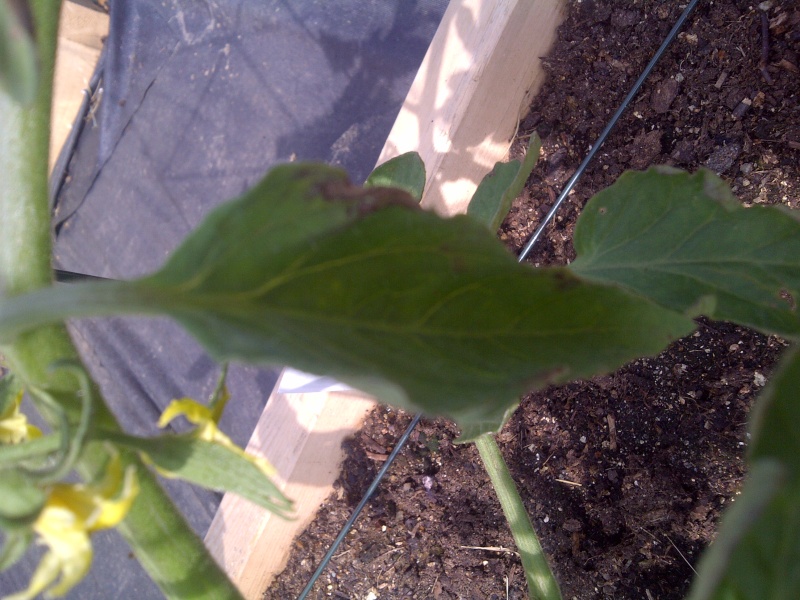 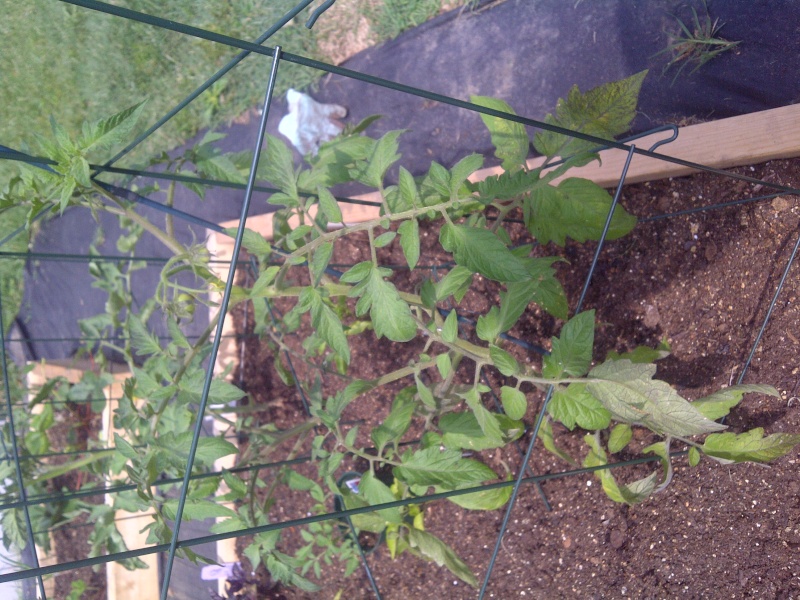 I'm still learning about tomato problems, but your plant looks pretty healthy to me. Until something else starts showing up, I would go with tranplant shock. On thing, I would removed any leaves that are touching the soil.

Thanks for the response Kay!
I am suspecting that as well, but since I went into my gardening last year quite ignorant until the problems were too big, I just wanted to make sure I covered all my bases and asked questions to stay ahead of the game.
And sorry about the pictures, I think it is probably the angle in which I took them, but the leaves are actually up off of the soil. And I don't know if it's being overprotective but I always check after heavy rain to make sure the lower ones aren't touching too