Ahhhh, can't believe I just did that...

Ahhhh, can't believe I just did that...

Yesterday I set down a 72 ct. cell full of flowers and some peppers on top of the bbq grill because the little "helpers" were getting ahold of some other trays and pots, anyways I got the situation handled and left the flowers on the bbq grill. When I came back a few hours later I found them spilled all over the deck. I only lost about 18 of them but it was sure sad. Then tonight I was rearranging some of my peat pillars and knocked over a 12 ct tray of nasturtium, ug. Not looking for pity, live and learn right! But I thought it would make for a pretty informative thread (and entertaining) if we all shared some of our AHHHH, I CAN'T BELIEVE I JUST DID THAT moments.

Not just once, but twice....not just twice, but twice in 5 minutes, carrying bags of vermiculite past my bed with peas, I caught the bag on the corner of the trellis, completely disrupting the peas.

Hmmm, the other day I looked at my tomato plant and I spied a HUGE colony of aphids under the leaves and on the main stem...so I sprayed it with an organic insecticide. Today I checked it out to make sure they are no longer a problem, and they were still there. Then I got a closer look...they were not aphids after all! Rather, it was soil that was stuck to the underside of leaves and hairy stem, probably from when it tipped over in last weekend's rainstorm.

Goes to show I should look closer before using anything on it; now I've probably killed off a bunch of beneficials for no good reason.

I look foward to hearing how your peas do!

Oh, Givvmistamps! Why is it that when someone else makes the mistake, I chuckle, but when I do it, I roll my eyes (or worse!)

I think it is always funny when someone else does it too Martha! Nice one Michelle!

Ages ago I transplanted a pretty wildflower into my old garden.....turned out to be Purple Loosestrife..... a horribly noxious and invasive weed! 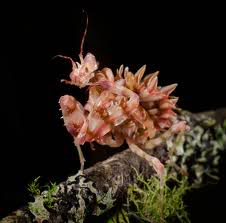 A few decades ago, my sister and I used to pick bittersweet on purpose and bring it home to make wreaths for fall decoration. Around these parts, bittersweet is right up there with purple loosestrife - it loves to kill trees.

I'll need another sheet of paper to participate in this thread

It was hot & dry ( unusual around these parts ) , so I watered the asparagus to keep the bed producing ... that's normal................. with half a watering can of weedkiller I'd just been using on the nettles and thistles.

I think this is the best one yet Plantoid. I was laughing out loud, and I still have to ask.... How bad was the damage?

Oh, Plantoid, ouch! I hope this is a story from long ago!

Well guys, I feel a little better now. I'm not the only one who does things without thinking it through.

At least my beneficials will be replaced fairly quickly...poor Plantoid won't get those asparagus back and boog1 has a painful injury to contend with for a while.

My can't believe I done that moment doesn't have to do with gardening, considering this is my first year.

I was cooking dinner before an away soccer game, and was in ahury to get it done before the kids got home, so they could eat as soon as they got home. While I was stirring the BBQ pork on the back burner that was directly behind the macaroni pot that was on high, my loose t shirt that I had on hit the front burner, and caught on fire. I screamed, and quickly turned and turn on the facuet and put the fire out since it quickly bursted into flames.

I came out with no burns, and only damage was the lost of my favorite t shirt that just happened to be my husbands, and my husband got to see my Miss Doubtfire moment.

He came running in when he heard me scream, at least he asked if I was ok before he busted out laughing.

Do I need to add I'm blonde? I have a ton of these moments, but this one has stuck with me for three years, to this day I either hold my shirt when reaching to stir the back burner pot , or tuck my shirt in when I cook.

Being blonde is not a requirement for this, Staci. I'm completely brunette and have always been referred to as coming across as "absent-minded" at best and "ditzy" at worst. :drunken: Mom told me my intelligence comes out when I'm writing...like that's supposed to make me feel better!

lol, my husband always tells me I'm book smart, and all the other times my blondest reins supreme. Like he has room to talk, I remeber him almost knock himself out, and falling off a truck bed building a doghouse, I laughed so hard after I knew he was ok I fell into the spare tire I was sitting on and almost got stuck, and of course I had to say " I told you to cut that 2x4 off before you forgot about it."

Oh my, catching your husband's shirt on fire! That's pretty funny, but only after the fact

moment today, literally. I saw this little green sprout growing between my broccoli plants, and thought it was a piece of grass sticking up, so I pulled it out. And along with the piece of "grass" came an onion set

I planted the extra sets between my broccoli a couple weeks ago and forgot. So I put it back in and hope it'll be ok!

@cheyannarach wrote:I think this is the best one yet Plantoid. I was laughing out loud, and I still have to ask.... How bad was the damage?

Well lets just say I can't see any asparagus yet and by now I would normally be harvesting it.... new seeds sown a few weeks ago .. Ah well I didn't really want the stuff in front of the glasshouse anyway as it would make it too shaded.. every cloud has a silver lining and all that.

Now what about the " piece de resistance " .. I have spent most of today entering and saving all details of 130 odd packs of seeds and that for 30 odd varieties of corms bulbs & tubers .

"Lovely job " ... it was all done alphabetically with differering serial/reference numbers that ties up to a grid that holds all the seeds in air tight containers.

Now to make it easy as to what is in what it's handy to also have the list in numerical order and save it as well .

I did just that , saved it with column A in numerical .. " Job's a good ' un " , powered down for evening meal and went back to it just to check things are correct and found ..... nothing matched up

AAAAarragh in big letters along with naughty words in several languages that even the sergent major had never heard of .

Sat scratching my head etc. for half an hour or so thinking things through and then the penny dropped like a cast iron street manhole cover with a restounding CLANG!

Every time I put the list in a diffent order I should have used the top left corner button on the sheet to apply it to the whole document not just the column , that way all info in each line would move together .

Four hours later ..having removed half the data and reorganised four columns.

I have the lists ready for input of the correct sequences of additional info tomorrow.

And I'll be locking those columns and rows every time they get completed , using different passwords if that's at all possible.

I'll have to admit it folks , before I became almost bald and silver haired ,I used to be a natural blond bombshell .

Would dying my remaining hairs change things if they were coloured black ?

Would dying my remaining hairs change things if they were coloured black ?

Everytime I dyed my hair a different color my blonde moments have got worst.

I GOOFED! And it cost me an asparagus spear....

A couple of weeks ago, impatient person that I am when it comes to gardening, I was gently moving a thin layer of Mel''s Mix around in an asparatus square to see if any new ones were about to appear when I accidentally decapitated the spear that was already growing there. Ouch!

Doh, hate when that happens. It could be worse, just ask Plantoid.

@cheyannarach wrote:Doh, hate when that happens. It could be worse, just ask Plantoid.