October Avatar: Fall Gardening!! (click this)
Welcome to the Official SFG Forum
!!! Happy Gardening in 2021 !!!
Search
Latest topics
» I want to start over
by Roseinarosecity Today at 12:46 am

» CANADIAN REGION:What are you doing July to December 2021
by Kelejan Yesterday at 6:15 pm

» Birds of the Garden
by Kelejan Yesterday at 6:10 pm

Phoenix AZ, can we plant and harvest all year?

Phoenix AZ, can we plant and harvest all year?

Rookie Q?
What food are you planting in May?

I recently planted some tomatoes and will be putting in some bell and jalapeno. I plan on planting zucchini, yellow squash and maybe cantaloupe.

great suggestion to urbanfarm.com thanks

great suggestion to urbanfarm.com thanks!

Put some shade cloth and your peppers, basil, swiss chard, eggplant and melons will thrive in the heat of summer. Tomatoes rock on in spring and fall. Trying different kinds of beans for the summer, including rattlesnake beans which supposedly are great in the heat. Winter time is party time for lettuce, broccoli, carrots and sugar snap peas. 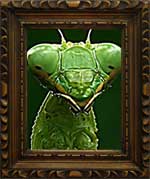 I am planning to start a garden in late August or early September; as I am in the initial set up stage I am trying to determine the best material for constructing raised beds in the desert - not TT but on top of the hard packed cement like soil that is my yard:shock:.  I like the look of wood but worry about termites and rot - how has wood worked for others in the Phoenix area?  What type of wood siding has been best for you?  Has anyone used Styrofoam to line the sides of your raised beds?

I use redwood. Mine are 4 years old and doing great. I would expect to get at least 10 years out of them. I didn't line the insides with anything.

Look at "Newbie in Las Vegas, year 1!"  by new member Brainchasm.  He used cinder blocks to make his beds.  That will take care of termite concerns.  You can roll out weed screen and set the blocks directly on the weed screen making sure you keep whole "foot" measurements inside, i.e., 3' x 4', not 3 1/2" x 4 1/3'.  I would make the beds higher than 6" to allow for initial 7 inches of Mel's Mix because it kind of settles, plus room for at least 2" of mulch to keep the roots cool and moist.  The plants can take heat but not the roots.  You can trim the weed screen outside the box if you want.  Or, you can extend it out and lay down mulch, pavers, or anything else you want to walk around on.  Think ahead to rainy days (all ten of them!).  If you want something more decorative, you can take cheap pine board or house siding and frame around the ugly cinder blocks, and paint them white or another light color, or stain and varathane them.  Top the cinder block with a top railing of boards.  Or paint the out side of the cinderblocks or fill the holes and plant small iceplants to drape over and hide the plainness.  There is no limit to creativity once you have the blocks set up.

Follow the book exactly before you branch out to other ideas and you shouldn't go wrong.  Pound 2' rebar half way into the ground and slip the electrical conduit over it and into the ground a bit.  Use 8' lengths of conduit for the height of your trellises because Mel's Mix works and your vines and vertically trained plants will get to 8 feet or more, even in the desert. Don't make any boxes more than 4 feet wide or you won't be able to reach the inside of the box.  Hope you have the All New SFG book.  I've seen the native soils in AZ and LV and they could break any farmers heart.  But, use SFG, and you can create a little oasis.
____________________________

Thanks for the ideas - I have seen others use cinder blocks for borders and slopes but the small plants inside the holes of the blocks only did well in the cooler months.  I am concerned about the higher temperature for the roots in a raised bed.

Redwood sounds interesting (built a trellis over a patio with redwood at a previous house and it was wonderful, no rot issues, no termites).

Seems that most of the suppliers of ready made systems use cypress or cedar - the cedar boxes at Home Depot did not look sturdy at all.  I have wondered about the wood/composite boxes sold by some companies but again, plastic, like masonry or metal would seem to be more of a heat conductor....(I really love the look of plants in those shiny metal planters that look like livestock watering troughs but I can't imagine anything living in them in a Phoenix summer!).

I hope to garden year round in spite of the desert heat so I'm happy to hear of everything that has brought others success:D.

Dear DesertDweller,  Don't worry about the heat in a raised bed of cinder blocks.  They are thick and have an air space, right?  If you want to do more, wrap the cinder blocks with cedar fencing (8" wide 8 footers, cut to fit, the mix will be nicely insulated.  Wood is a good insulation.  My boxes are two stacked layers of 2" x 4" studs we pulled from a scrap pile at a construction site (free for asking), and the small one foot deep boxes are the regular cedar fencing.  Put light colored mulch on top and the soil will be cool.  Promise.  We get over 100 several days each summer, just baking the place, but when I stick my finger through the light colored playground bark into the MM (Mel's Mix) it is nice and cool.

Do you have photos of the area you want to place the garden?  I bet folks will give you lots of ideas!  What I wouldn't give for an open space for my garden to be all in one area.

Thanks for the mention sanderson!

So yeah, I used cinder/concrete blocks to build my raised beds.  The top inch of soil CAN get pretty hot if it sits naked in the sun, but a decent mulch job and upping the water amounts and frequency have kept my plants going.

We have been sitting at 100+ degrees for a couple weeks now, and my tomatoes are STILL setting new fruit...doing warm season broad-leafed things like cucumbers and melons can help moderate the blazing sun, and also just generally knowing your heat-loving plants (and still giving them plenty of water).

I just harvested carrots earlier this week, but current things going crazy are tomatoes, cucumbers, melons, my peppers are starting to hook in, my eggplants are still small but are speeding up quite a bit, my okra looks like it's recovering, and all my basils are convinced that this is THEIR time.  Even my sunflower is growing like a fiend...it'll be taller than me pretty soon!

I do have one or two cooler season plants still going...the swiss chard apparently thinks it's a summer plant...the leaves were NEVER this big in Spring.

Plans for cooling the cinder block (which does heat up) are to paint the outsides white, or possibly with KoolDeck material.  But right now, I am consumed with trimming, pruning, and making trellises.

The spot I am designing for the main garden is a 12' X 20' area on the side of my house.  I have other areas among other plants (mostly roses) that would support small raised beds as well (I'm thinking some other spots in my yard might be ideal for berries etc.).  I have no pictures but if you imagine a moon scape in those dimensions you have the idea - the gated entrance to the yard is at one end of the 20 ft. length and a good sized peach tree is a couple of feet shade wise) from the other end.  A couple of roses grow on either side against the outer fence and the side of the house - they look lonely but they are going strong in this heat and bloomed for me past Christmas last year.

My entire yard is a work in progress - we moved into the house 2 years ago and all that existed in the back yard was an impressive collection of weeds that grew past knee high by the time the last boxes were unloaded.

I am concerned about the way materials function in the desert heat but I am also thinking of the aesthetic appeal....I am trying to achieve a multi-layered, organic and romantic feel to the entire area, hence the attraction to the look of wood.  I've never had this much yard to work with and it's a bit daunting at times but we are making progress!  The vegetable garden will be a big step further down that road to something that doesn't look like a desert (there are plenty of beautiful cactus out here, nobody needs me to plant another one!).

Dear DD,  I do know what LV yards are like.  Have relatives there and visiting breaks my heart, yard-wise.  You and Brainchasm need to get connected, have iced teas somewhere.  12' x 20' sounds like a wonderful size to work with.  Look at his photos.  Use the cinder blocks for the strength and aesthetically wrap in woods or siding.  Someone painted the outsides of their boxes a light green-blue (robin egg blue, pale teal) with white trims.  Looked so nice.  Best of luck, and I will be following both you and Brainchasm as you transform lemons into lemonades.