OK I've been checking out the local farm stores with their bagged cow manure.. Is that stuff safe to use straight in your garden or not ?? Is it aged or dried as some say it's supposed to be ??

Also on a lighter note... I was able to find the 5 different types of compost that Mel talks about in his book... 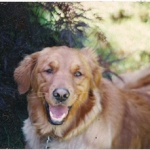 The only bagged cow manure I've seen and bought is Black Kow and it is safe in MM and I've top dressed gardens with it in the past. No burning.

I use it just make sure it says composted cow manure. My mom thinks I'm crazy buying poo.

Just to be a party pooper ....I've stopped using bagged cow poo. My favorite nursery guy will not sell it anymore because of the salt content and hormones/antibiotics and various chemicals used by agro business.

I respect him but he is after all, only one voice. When I did use it (mostly as a spring bed and pot tonic with equal parts alfalfa meal and good home grown compost) there was no problem with burning or stink. I do have an observation though, Last year I had total pea failure, same with potted strawberries. My potted strawberries have always been given Lovejoy (the name of the tonic after Seattle Master Gardener Anne Lovejoy who suggested the mix). I gave my 2nd year SFG squares Lovejoy where I planted peas, most of them did not surface. The only square that did was one that did not get Lovejoy. There might be another reason for this. Still waiting for this year’s peas to germinate.

Well it looks like I'll be hoping for the best since I've already mixed it into my MM..

Tuxdad wrote:OK I've been checking out the local farm stores with their bagged cow manure.. Is that stuff safe to use straight in your garden or not ?? Is it aged or dried as some say it's supposed to be ??

Also on a lighter note... I was able to find the 5 different types of compost that Mel talks about in his book...

If it looks and smells like compost(and not cow..poo), then it should be okay. If you put cow..poo into your garden then you're asking for health issues(and not because of everything they inject into cows these days, that's a whole other issue).

Pathogens from uncomposted manure(cow, chicken, humanure, etc.) is the real problem. And the manure has to be composted using a hot method(I think). This is why I only use Black Kow composted manure, and nothing else(well, as far as cow manure goes).

So if that stuff was lumpy and looked like a cow turd rolled in hay, it was probably not a good thing. I'm unsure of the length of time that the garden would have to be fallow following a straight manure addition.

Well then, Cornell University had this to say about manure:


Animal manures have long been a popular form of organic matter as well as fertilizer for farms and gardens.


Farm manure is still the most readily available manure, purchased
directly or sometimes free from the farm. It is sometimes bagged and
sold in garden centers - with a wide range in its quality, nutritional
content, age, and weed seeds present.


It is not recommended that homeowners use any manure from dogs, cats, or
other meat-eating animals, since there is risk of parasites or disease
organisms that can be transmitted to humans.


Characteristics of animal manures: Farm animal manures provide
NPK - nitrogen (N), phosphorus (P), and potassium (K). Generally, cow
and horse manures are more readily available than other kinds of animal
manures. For nutrient analysis of manure from eight kinds of farm
animals, as well as other kinds of organic matter, refer to Cornell's
Eco-Gardening Factsheet #8, A Guide to the Nutrient Value of Organic Materials.


Using manure: Manures differ from each other because of their
source, their age, how they were stored (piled, spread, turned over or
not), and the animal bedding material, which may be mixed in. For that
reason it is difficult to provide precise guidance about how long manure
should be aged before use, or how much to use.


Composting is the safest way to make the most of manure's nutritional
potential - if the logistics of making and hauling compost are viable.
For direct use in the garden, first aging manure for 6 months is a good
rule of thumb. Many farmers and gardeners spread fresh manure in the
fall or winter, and till or turn it in at spring planting time.


When manure is spread in the spring, even if aged, it is safest to wait
for at least one month before planting crops, since the microbial
activity it stimulates may interfere with seed germination or plant
growth before that time.


When composted manure is spread directly over the soil, it is helpful to
add about 40 lbs. per 100 square feet, turned into the top 6 to 9
inches. Aged manure is often used in home vegetable gardens as a
side-dressing, or placed directly in holes under the soil where vine
crops such as pumpkins are planted.


Manure tea, made by soaking bags of manure in tubs of water, is a
nutrient-rich liquid that is full of microbial life. It is another way
to use manure as a fertilizer, whether it is poured on the leaves of
plants (called foliar feed) or into the soil.


Problems with manure: While it is one of the most readily
available forms of organic matter and fertilization for many gardeners,
manure can present some problems.