I have had 2 bush bean plants die now. They look healthy like the rest, then they look wilted, then die. It takes 2-3 days from looking wilted to death. Plants are watered well, and the others are fine. Any suggestions as this is my first year SFGing and planting bush beans. Thanks in advance.

Bush beans do not last as long as pole beans. They produce a single crop. It should be a pretty good harvest. They will flower a second time for about 75-50% of the previous harvest, then they are done. If your bean plants have been with you for the whole summer they are probably just dying because it is time. I live in zone 7 and my beans look terrible. Well most of my garden does not look so good. No rain is hard on a garden. Hope this helps.

Patty in Yorktown, who hopes Earl will bring us some rain 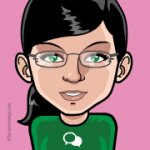 Did they ever produce anything? If not then it sounds like one of the awful wilts/fungus things that are out there, although I suppose a bug could cause this too. Need more info - when did they die? Still growing or after harvest.

That said, bush beans usually die gradually, not wilt and die in a couple of days. So, my semi-educated guess would be disease, but I have no idea which one. There are several good sites to look at and sometimes doing a search like "wilted bean leaves" in google images will help you find a match to your problem. Alternately, if you still have them, you could bring some in a baggie to your local extension office (I say that like it's easy - I have no idea where my local office is) and let them look. Sometimes you can just email a picture too.

HERE and HERE are two good resources to start.

Thanks for the suggestion so far. I thought I would try here first before looking on the Internet.

The beans are new- still growing and have not matured yet. Thanks again for all the help / advice.

Do you have moles and voles? If you pick up the plant and it has no roots or very few, that could be the source of your damage. Hope you figure it out soon.

Someone suggested that I check out the roots of the dean plant so I did and was amazed to find they were gone. I also noticed a Tunnel right up through the stem of the plant! I then broke it open to find some bugs still eating my plant from the inside out. I was a bug that I have never seen before. It was white / gray and about 1/2 inch long. One also came up from the hole where the plant was planted.

What spray or powder do you use on your SFG to keep the bugs out?

Thanks is advance.
Ryan

If it's not too late save the bugs in a baggie and go to a local nursery and ask their advice. Very odd. never hears of that.