Does anyone in the UK use the forum, only one post this year !!!! 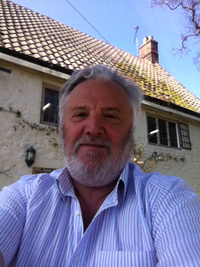 Plantoid posts quite a bit, but not sure if it's in UK section. And I've seen some other folks posting. But, again, it's within whatever section they may be answering.

Tell us about YOUR garden this year! Let's get the UK section going!

A question for UK members, do you still have garden allotments?

@IrishDigger wrote:A question for UK members, do you still have garden allotments?

I doubt many people have the allotments now as they used to be pretty large. Nowadays more likely to be small plots like our Square Foot gardens that most of us here use.

I do remember being taken by my dad on his bike about a mile down the road from where we lived, and he had an allotment where he produced all the vegetables we needed. He also had a similar sized garden and he also grew his favourite chrysanthemums and dahlias. He also had rabbits and chickens, and my mum used to heat up the food for the chickens so that they could keep warm in the winter.

I think that is where I grew to love gardening as I was given a potato to plant in a hole I had dug, and some time later I dug it up and there was a lovely pile of potatoes that provided for one Sunday Dinner.  Naturally I showed off saying that I had provided the potatoes for that meal and I did get praised. A very positive experience that many years later when I had a house of my own, I always grew something.

On his allotment my Dad had a shed which was my "playhouse". Naturally I had to share with the forks and spades etc, but there was room for me near the door and I had a little window put in..

That was the first six years of my life, with my loving foster family. I will always remember them with love.