I'm planting Cucumbers for the first time this year in my SFG, but I don't know how many to plant per sf. Can someone please clue me in? I plant to let them vine up a nylon trellis. The type I bought is called "Muncher".
Thanks!

I got the Muncher ones too! Don't they look cute?

According to my package, it says to thin to 12". Which means you can plant one per square foot. Hope this helps!

According to the SFG book, you plant two per square. I'm growing Marketmore, Sumter, and Muncher this year so I'll have large, medium and small. All 2 plants per square.

If you don't have the book, a good place to bookmark is:
http://www.squarefootgardening.com/qnastart then click on "plants and herbs".

Thanks for the clarification. I have the book, but I tend to go by what it says on the package because the book doesn't take every variety into account. Is that not the right way to do it? Should I be ignoring the recommendation on the package and just use the spacing given by Mel in the book?

By and large, I go by Mel's book. Remember, this is not row gardening which is what the seed packets are expecting you to be doing. This is intensive gardening with absolutely perfect soil, soil you won't find in a row garden. With all the nourishment in this soil your plants will do fine. As far as space is concerned, Mel talks a lot about keeping the vines controlled by trimming the long branches back. Here's a quote from Mel on the Foundation website:

"There are several options for pruning cucumbers. You can leave the plant as is and let all the side shoots grow. Or, you can prune it back to one main stem if you would like. You can compromise between these two methods and prune the side shoots back so they are no longer than 12 to 15 inches. Its your choice."

A further quote regarding cucumbers: 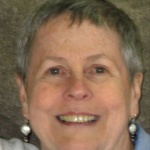 I did these last year

Last year I planted the pickling type cuks, which I believe are similar to the Muchers, smaller with few seeds. They were fabulous! You can even see pictures of mine in my personal album. They got so tall my trellis wasn't high enough

I think I did them 2 per square but I might do it different this year. Mainly b/c last year by then end of their production, they were covered in powdery mildew or some sort of wilt. That may have been for other reasons, but I know having them planted so closely together with their vines getting intertwined, didn't help. I think giving them more space, 1 per square, will help them spread out a little more and possibly prevent some of those issues.

Either way, you'll have great cuks that kids love! We don't even pickle them. We just eat them; perfect for little hands.

Let us know what you decide!

Thank you so much Claire and Jenny. Those posts were really helpful!

I can't wait to pick a little muncher from the vine and offer it to my 2 year old. I just hope that I don't have to put a fence around the garden to stop her from "tasting" everything.

How tall was your trellis for the pickling cukes?

Did you see the picture of my cuks in my personal album???


I'd have to check with my hubby as he's the one who did my trellis. But it was done according to the SFG book's recommendations. I think it was 6 ft tall though. I ended up weaving some bamboo stakes at the top of the netting to "extend" it so the cuks could keep climbing.

Guess I should learn about pruning before this summer, huh?

BTW, I have a 3 year old that loves to pick cuks right out of the garden, wipe them off with her shirt (she learned this from her 4 brothers) and eat it just like that!! The neighbor kids learned how good they were and decided to join her last year. Maybe I need a fence under lock and key this year just so I can enjoy some of my veggies! I'm fortunate though, my kids LOVE their veggies. Every one of them loves veggies, so all the more encouragement to keep growing them.

My cucumber plant is getting a decent size. It has had male flowers for a couple weeks now, but have been waiting for the female flowers.

How much longer should the female flowers bloom? I'm wondering if I need to amen the soil? Or something...

It is normal for cukes and melons to put out male blossoms for a couple of weeks, but if it goes beyond that, I'd amend with a balanced fertilizer. What happens is the plant is building up it's reserves in the root and won't put out female blossoms until it knows it can sustain the growth. I had an acorn squash that looked healthy but put out only male blossoms for a month. It finally dawned on me that it probably needed a boost. I fertized twice -- once with a Miracle Grow clone, and a week later a general slow release veggie fertilizer (18-12-12), and now after two weeks it has five or six female buds. I did the same for all my cukes which were producing but very sparingly and they now are covered with female blossoms.

Thanks for the info, I have added slow release already & sprayed a week ago with Miracle Grow, so will see what happens