» Panic Buying due to Cornavirus Pandemic
by OhioGardener Today at 8:37 pm

» What Have You Picked From Your Garden Today
by OhioGardener Today at 6:53 pm

» Update 2017: How to Post a Picture located on your computer
by sanderson Today at 6:31 pm

» Cheerleaders needed, please. This is daunting.
by Scorpio Rising Today at 6:23 pm

I'm considering buying a juicer partially for the health benefits and partially to use up veggies from the garden. For those who have juicers, what kind do you have, and how often do you really use it? Thanks for the advice.

I have one of those Jack Lalanne juicers...or at least I did. They're expensive, but I was lucky to run into one at a liquidation center. It had never been opened, but the box was pretty busted up. The juicer wasn't harmed, though. I only paid $15 for it. Great deal. I used it for a couple of weeks, but then it seemed to just be collecting dust on my counter. I passed it along to my brother who was on some sort of kale juice diet. I think that lasted about a month. It's now in his basement, collecting dust.

I'm thinking of reclaiming it to shred stuff before putting it into my compost bin. Has anyone tried this? I'm a new composter. Do you think it help the stuff break down faster?

Investment wise, I have a little hand juicer that I use more than I ever used the big machine. I use it for oranges, lemons, and limes. Those are the only things I ever really juice, but if you're someone who drinks lots of juice and would enjoy making your own, it might be worth it. I'd maybe go for a cheaper one though, just to be sure it's something you'd use a lot before investing a lot of money.

It's sort of like when I bought my bread machine. My aunt said, "Oh, you're just wasting your money. I had one and I never used it." I use mine at least twice per week. 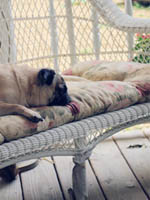 We don't have a juicer, but have a Vitamix blender. I hate to call it a blender, it's so much more. We prefer it over a juicer since you get to use the whole vegetable/fruit, peel and all. We use ours daily and LOVE it. It's a very powerful machine, that will plow through anything. Clean up is a snap! Fill about 1/4 with water, 2 drops of dish soap, and run it for about 30 seconds and rinse it out! No parts to take apart and clean. That's the part I was really sold on, until we used it, then the power just sold us!! They have a website, and a facebook page if you want to check them out. We really like ours!!

In juicers, it's spendy, expensive and then there's the gov't models. The spendy ones aren't heavy duty enough to do the job. The expensive ones work, but not necessarily efficiently. Never owned the gov't models, so I can't comment.

The best one I have owned is the Champion and it's expensive. The reason it's good is because it has a large rugged motor coupled to a fairly hefty juicing component. It extracts most of the juice and if you give the pulp a second pass you get a bit more juice out. The cons are it's bulky, takes up counter space, is heavy to move, and has to be cleaned after each use, although cleaning isn't that hard. Even the expensive home units are not as good as the commercial juice bar units in terms of extraction efficiency. The Champion replaced an Acme model (also expensive) which became unbalanced and started exploding juice and pulp all over the kitchen. I couldn't recommend the centrifugal types like the Acme.

As far as juice quality, the cheapest extractor is way better than a can of V8. There truly is nothing as delicious as a mix of freshly juiced home grown garden vegetables. I use mine when I have vegetables to juice and sometimes I do carrot/apple if I get a deal on store bought.

Should you buy a juicer? It's like a cheap tool, buy cheap...buy twice. However, when you start out you usually don't know if your going to like juicing, so probably don't want to pay the cost of a good juicer. I knew the cheap tool rule and bought expensive, but not the right expensive, so I lost and bought twice.

Eventually I bought all my family Champion juicers. Some use them and some don't. I don't know if there is a way to predict which category anyone will fall into. I love mine!

In my opinion the perfect juicing appliance hasn't been invented yet. As a long term userI can think of major reasons why I don't like every juicer brand on the market. So it's a compromise. The machine extracting the most juice with the driest pulp wins the best award...and that's the gov't models.

A long story to read, that in the end you pays your money and takes your chances...

(The pulp breaks down very fast in the compost pile, so all you composters should get to juicing.