I am looking for:


I have the following tomatoes. They are mostly heirlooms, and I'm expecting a few more varieties w/in 2 wks. I'll have to check quantities as some I don't have very many of.

Wow that's an impressive tomato seed collection! Wish I could help! When you come back just use the quote button on yourself to edit you list! Good luck! 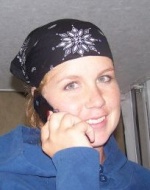 @bwaynef wrote:I am looking for:


I have the following tomatoes. They are mostly heirlooms, and I'm expecting a few more varieties w/in 2 wks. I'll have to check quantities as some I don't have very many of.

In addition, I have:
Big Beef OP
Gary O'Sena
Homestead
Neves Azorean Red
Stump of the World
I've got an email that says Big Beef F1 is in transit.

@camprn wrote:I have some Gilbertie seed I would trade for some mortgage lifter.

As for where I'm going to put this stuff, I won't grow each one this year ...and I'll give most that I grow away. I've tried to get one of the best Hybrid (F1) tomato seeds I can in hopes of convincing friends and family to grow heirlooms for me. If they'll grow an heirloom of my choosing (with their input) I'll give them a "tried-and-true" hybrid tomato that they're sure to like ...taste-wise and production-wise. For instance, my dad wants a big red tomato and he loves cherries. I'll give him a Big Beef (F1 or OP) and Lyuda's Mom's Large Red Ukrainian and probably a Jaune Flamme.

I'd be happy to swap M.L. for Gilbertie. Send me a PM.

Very impressive tomato list! I'm full on what I can handle for tomatos this year. But am seeking a few other things that maybe someone can spare a few or trade?

I have a few of each to trade/give away:

I have some of the dragon tongue beans, which you are welcome to some. I've sent you a pm.
Jo 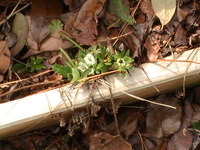